Thanks to support from the Web, a Finnish film finally makes the fuhrer's dreams of planetary domination a reality 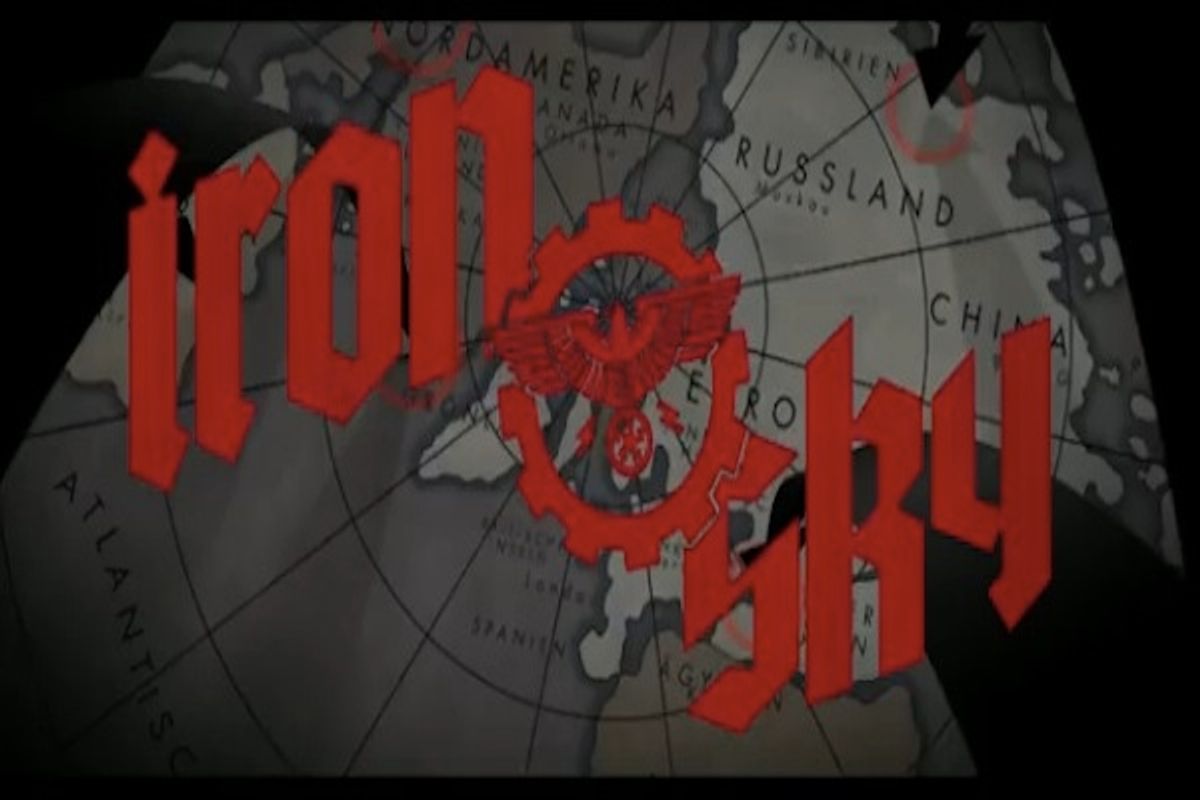 It sounded like an updated version of "The Producers": Low-budget film guys get together and decide to make a movie about space Nazis, then go out and raise enough funding to have the film released in theaters. This has to be some kind of scam involving overselling shares, right?

Except unlike Mel Brooks' movie, "Iron Sky" is a labor of love that has been made possible as much by the generosity of Internet fanboys as by dubious investors. Oh, and it's supposed to be funny.

The Finnish film, directed by Timo Vuorensola and written by Johanna Sinisalo and Michael Kalesniko ("How to Kill Your Neighbor's Dog"), has been in production since 2006, and only last year found a co-financier at Sundance. The project was kept alive with donations received on the Web after "Iron Sky" launched a website and a teaser trailer in 2008.

The description of the movie pretty much says it all:

Towards the end of World War II the Nazi scientists made a significant breakthrough in anti-gravity. From a secret base built in the Antarctic, the first Nazi spaceships were launched in late '45 to found the military base Schwarze Sonne (Black Sun) on the dark side of the Moon. This base was to build a powerful invasion fleet and return to take over the Earth once the time was right.

Now it’s 2018, and it’s the time for the first American Moon landing since the 70's. Meanwhile the Nazi invasion, that has been over 70 years in the making, is on its way, and the world is goose-stepping towards its doom.

You have to admit, there is something a little fun and campy about the idea of an über-race from space. According to the film's website, the fans had as much to do with the film's creation as anyone:

What makes Iron Sky special is the wide ranging collaboration with fans and community: the movie project fans join in creating ideas and content for the movie in a collaborative movie making platform called Wreckamovie, give the film publicity by sharing information online, even fund the movie by designing and buying merchandise and other means. One million euros of the budget comes from fan funding.

"Iron Sky" is tentatively set for an April 4 release in 2012, so buy your tickets early if this is your type of thing. If you are horribly offended by the concept of "Iron Sky," please feel free to blame me directly in the comments section.