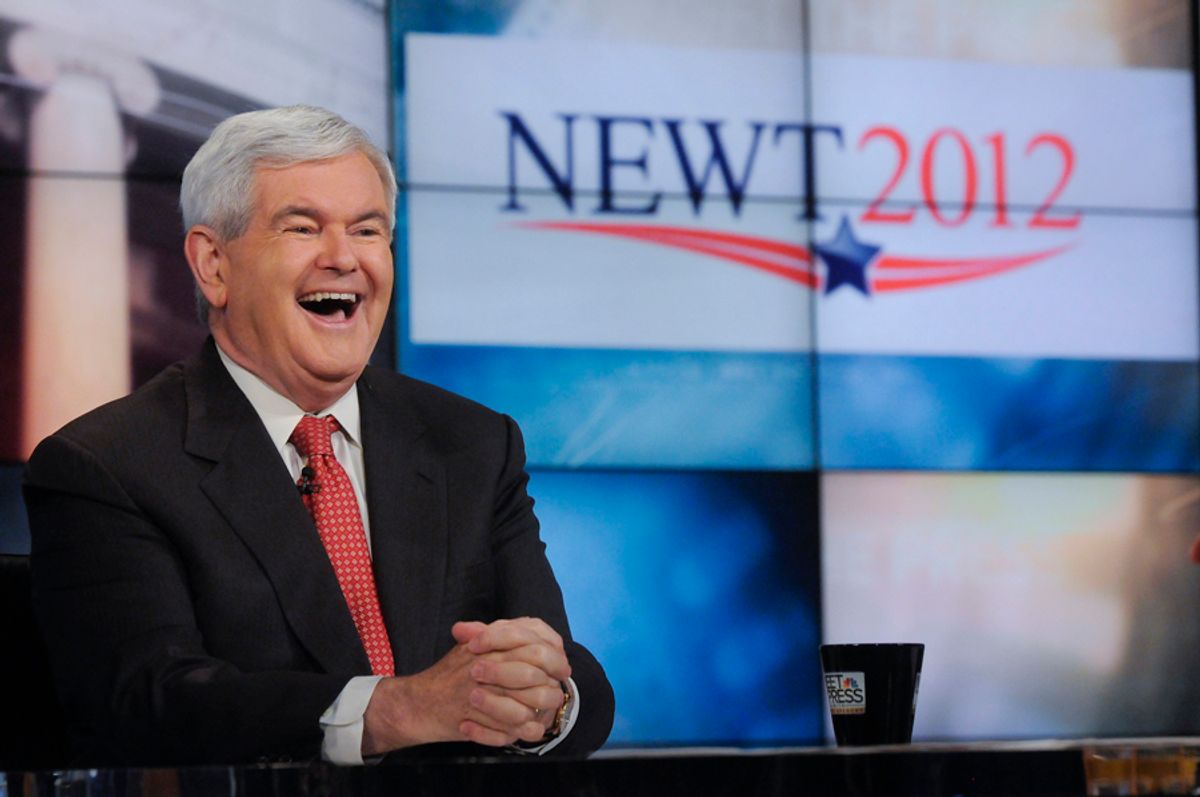 In this image released Sunday, May 15, 2011, by NBC News former House Speaker Newt Gingrich is interviewed on NBC's "Meet the Press" in Washington Sunday. Gingrich said he is very serious about seeking the U.S. presidency, but laughed off any suggestion that he could end up with the Republican Party's vice presidential nomination next year. (AP Photo/NBC News, William B. Plowman) (William B. Plowman)
--

Newt Gingrich is an ideas man. He is a man of ideas. Big ideas! Brilliant ideas! Newt Gingrich is a genius, the smartest man in the Republican party, the single greatest American political thinker alive, a modern-day Zeno of Citium. The New York Times Magazine's Matt Bai was enthralled with Newt's many ideas ("air-traffic modernization"!) in 2009. The Washington Post's Dan Balz explored Newt's many ideas just last week.

In attempting to Understand Newt today, the National Review's Rich Lowry said: "He has a first-class intellect but his temperament belongs in steerage." Jonah Goldberg, who likes Newt very much, went further: "One major source of Newt’s problems is that he is almost always the smartest guy in the room." That must be very hard on Newt, to constantly be so brilliant. Perhaps it is the stress of possessing that incredible intellect that led him to rack up between $250,000 and $500,000 in debt to the jeweler Tiffany and Company. Maybe he only felt truly comfortable when he was surrounded by diamonds, one of the few things in the universe as brilliant as Newt Gingrich.

Gingrich's wife Callista had to list the debt in the financial disclosure forms she filed in 2006 and 2007 as an employee of the House Agriculture Committee. She said it was her spouse's debt, from a "revolving charge account."

New Gingrich: So smart that to average people he seems instead like a hilarious buffoon.