No one may love him that much, but voters have heard of the putative GOP frontrunner and are sending him money 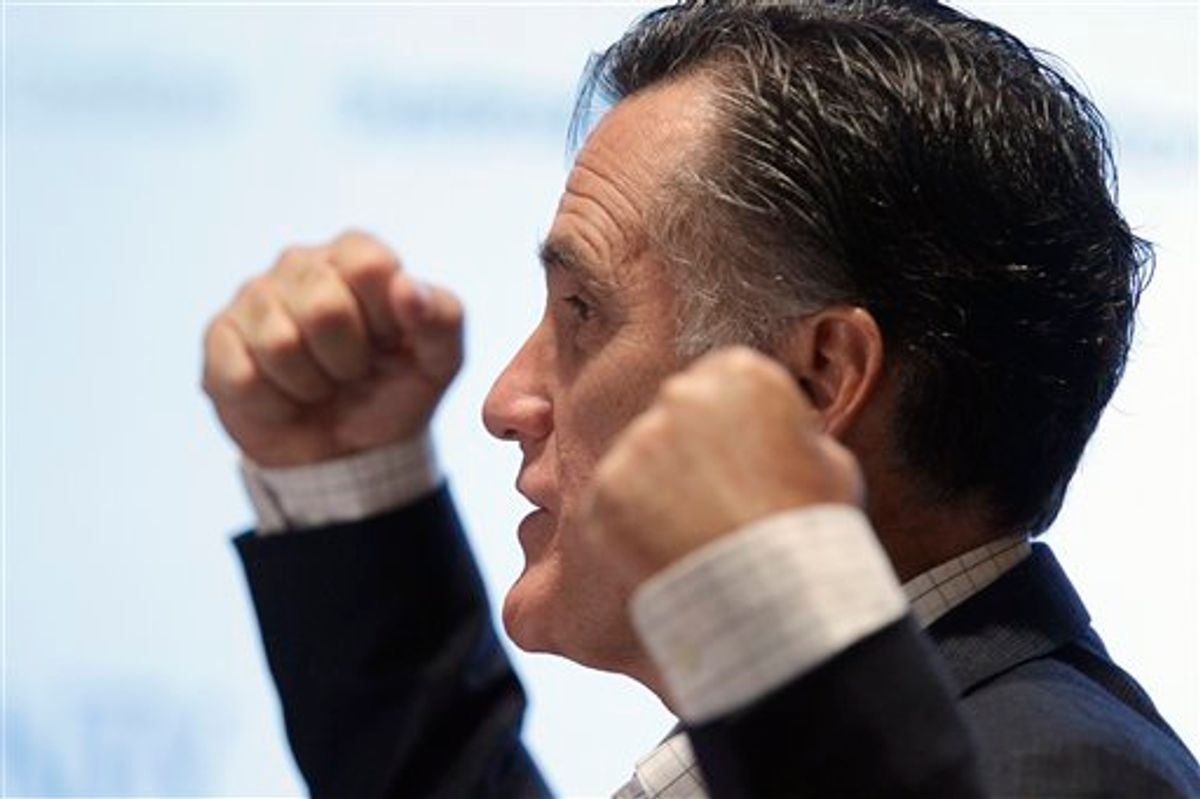 Mitt Romney lays out his plan for health care reform during an address at the University of Michigan Cardiovascular Center in Ann Arbor, Mich., Thursday, May 12, 2011. (AP Photo/Carlos Osorio) (AP)
--

Mitt Romney raised $10 million in one day, just because he can! Conservative activists and pundits hate Mitt Romney, because he is a phony former moderate with no principles, but he is seriously the most competent person running for the nomination, with the most resources. Everyone else is amateur hour. (This is why people keep begging for celebrity candidates like Chris Christie to enter, because they don't want to accidentally end up with Mitt as their nominee after everyone else implodes.)

Mitt knows what you're saying about him, though. That's why he made a big deal of this money thing, while pretending it was totally no big deal (just some friends of his calling up some friends of theirs, whatever). Mike Huckabee's producing "Evangelical Time Bandits: The Barely Animated Series," Mitt Romney is in Vegas with Cindy Crawford raising $10.25 million in eight hours.

A Romney supporter is so thrilled that he is openly trashing the entire state of Iowa:

“Today is Governor Romney’s National Call Day and we are all dialing for dollars!” Slick continued. “Today we demonstrate our ability to raise excessive and ungodly amounts of cash while other candidates are still pattering about in bumfuck, Iowa somewhere. No one can come close to what our machine can do. No one.”

Mitt Romney is of course just attempting to create the impression that he is the unstoppable frontrunner to counter attempts by pundits who dislike him to create the impression that he cannot win the nomination, and this war of clashing "narratives" will play out in the pages of Politico for months, until Herman Cain shockingly wins Iowa, New Hampshire, and South Carolina.

Rick Santorum, one of the silly, unelectable candidates, has attempted to wrest the attention of the easily impressed political media away from Romney by being extremely catty in a fundraising email accusing the former Massachusetts governor of being "OBAMA'S RUNNING MATE."