Comedian tells Fox host: "You have to be consistent with your outrage" 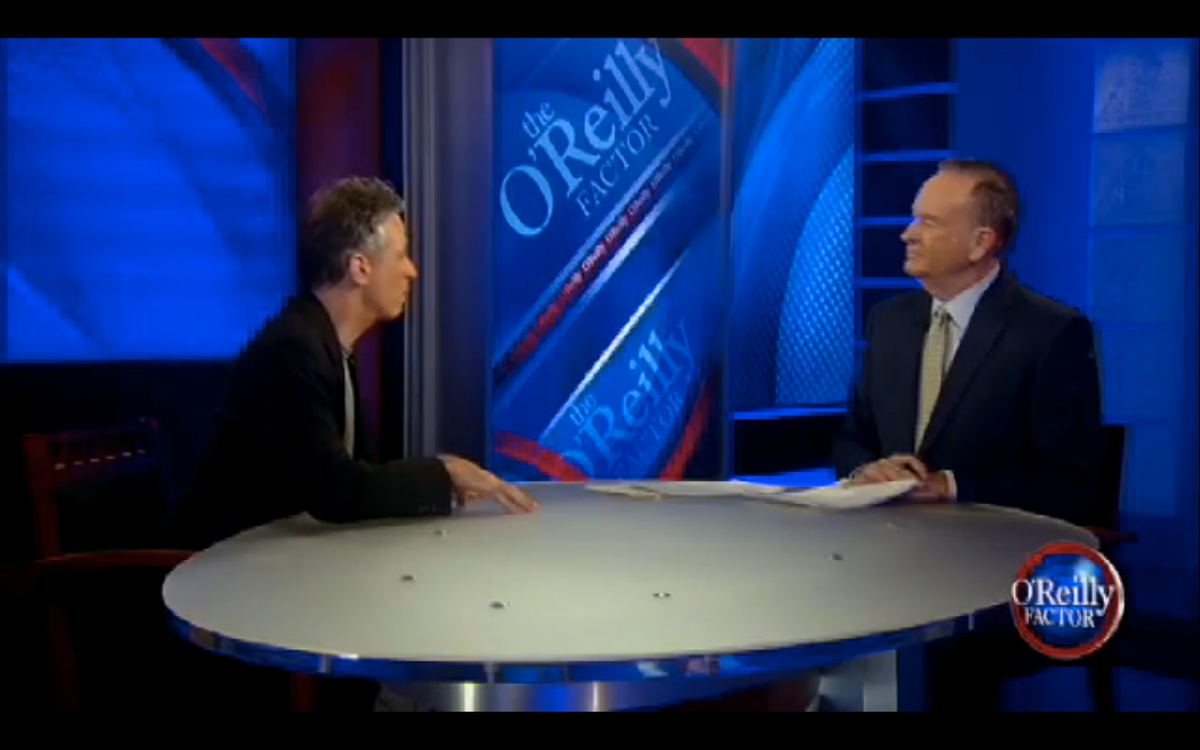 O'Reilly argued that people who sympathize with convicted "cop-killers" -- such as Joanne Chesimard, whom Common has visited in Cuba -- should not be allowed to entertain at the White House. Stewart fought back powerfully, pointing out that other singers who have performed at the White House (notably Bono, Bruce Springsteen and Bob Dylan) have also voiced support for convicted criminals. He railed against O'Reilly's perceived inconsistency: "There is a selective outrage machine here at Fox that pettifogs only when it suits the narrative that suits them. ... You've got a lot of people that aren't allowed to sit in the White House because they've written songs about people convicted of murder."

Stewart finished by saying he thought the issue of Common's White House invitation was a minor one, not worthy of the attention it has been receiving from Fox and other critics. "It saddens me to see you wasting your time," he told O'Reilly. "It's a poetry slam. Who gives a crap?"