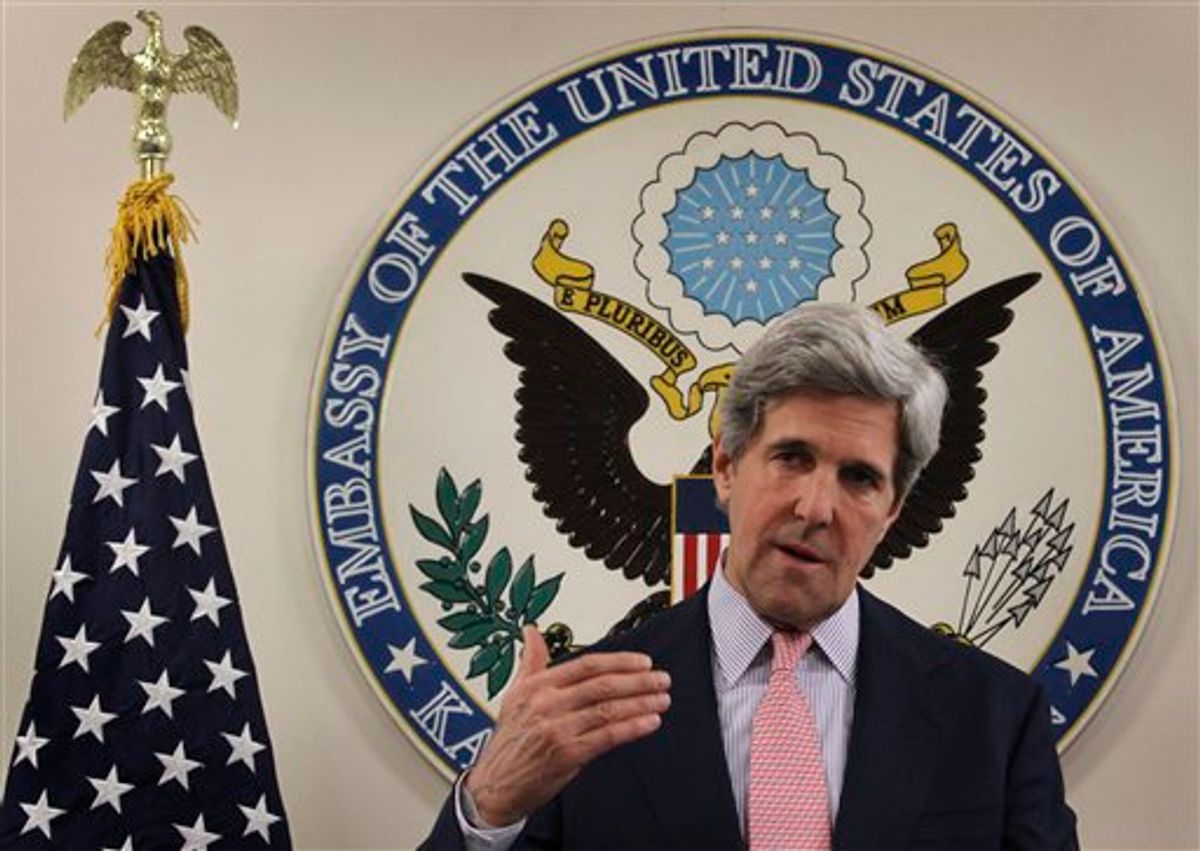 U.S. Senator John Kerry speaks during a press conference at the U.S. embassy in Kabul, Afghanistan, Sunday, May 15, 2011. U.S. Sen. John Kerry says the U.S. relationship with Pakistan is at a "critical moment" because of the killing of Osama bin Laden. But he also said that bin Laden's death may present a new opportunity for reconciliation with the Taliban in Afghanistan. (AP Photo/Musadeq Sadeq) (AP)
--

The chairman of the Senate Foreign Relations Committee says the US-Pakistan relationship is at a critical juncture and both countries need to get it right.

Sen. John Kerry, D-Mass., spoke Tuesday after returning from a trip to Afghanistan and Pakistan. He said the United States has vital national security interests in the region.

Kerry says the U.S. has to get the policy right with Pakistan in the aftermath of the raid May 2 in which U.S. SEALS apprehended and killed bin Laden on an estate near a Pakistani military training academy. On Afghanistan, Kerry says he sees no purely military solution but he is optimistic about the overall outlook.