Gingrich: Quoting me is lying about me 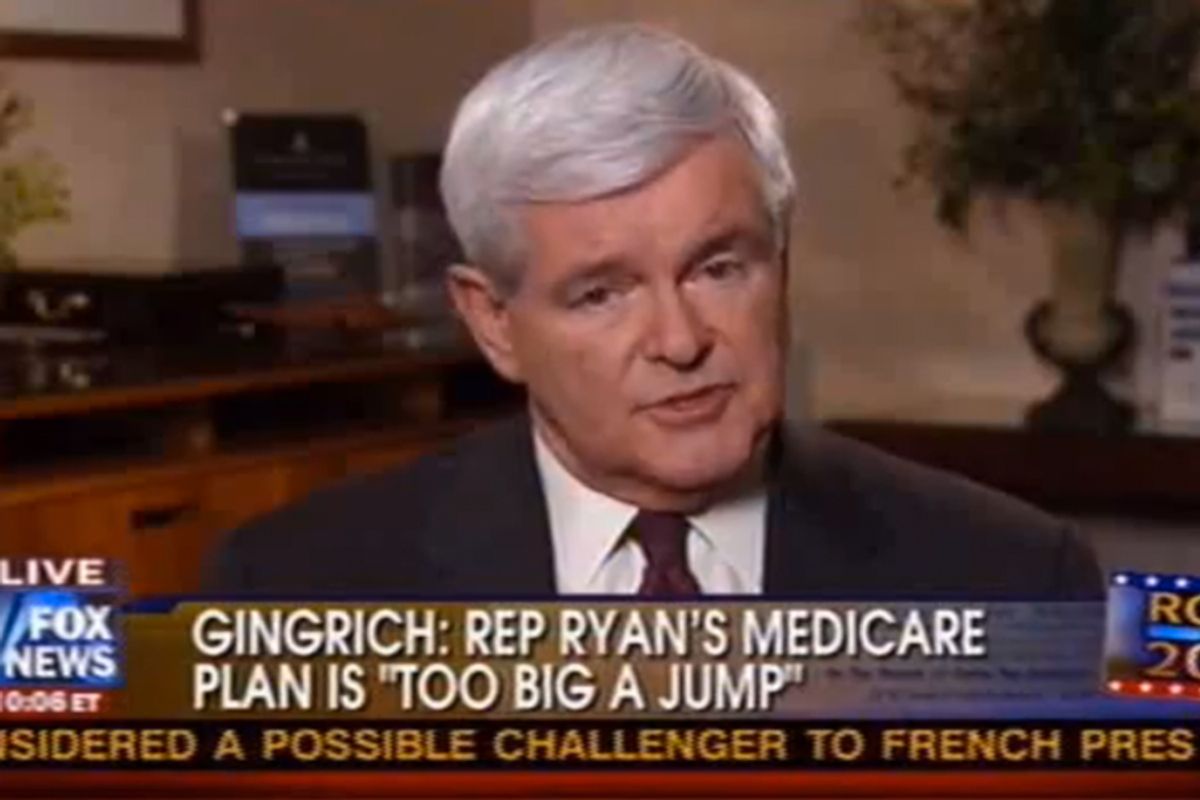 After he said this, Republicans and conservative pundits got very mad at him, because they are all working super-hard at making killing Medicare seem necessary and even popular. So Newt had to completely contradict himself, which isn't that unusual for him, and declare that he wants to marry Paul Ryan.

Now that Gingrich totally 100% supports Paul Ryan, it is dishonest and unfair to point out that three days ago he did not support Paul Ryan. "Any ad which quotes what I said on Sunday is a falsehood," Gingrich said, amazingly.

I mean just try to parse that. It's an incredible statement. Newt Gingrich is, again, the smartest man in the room.