What the GOP is really trying to tell Newt 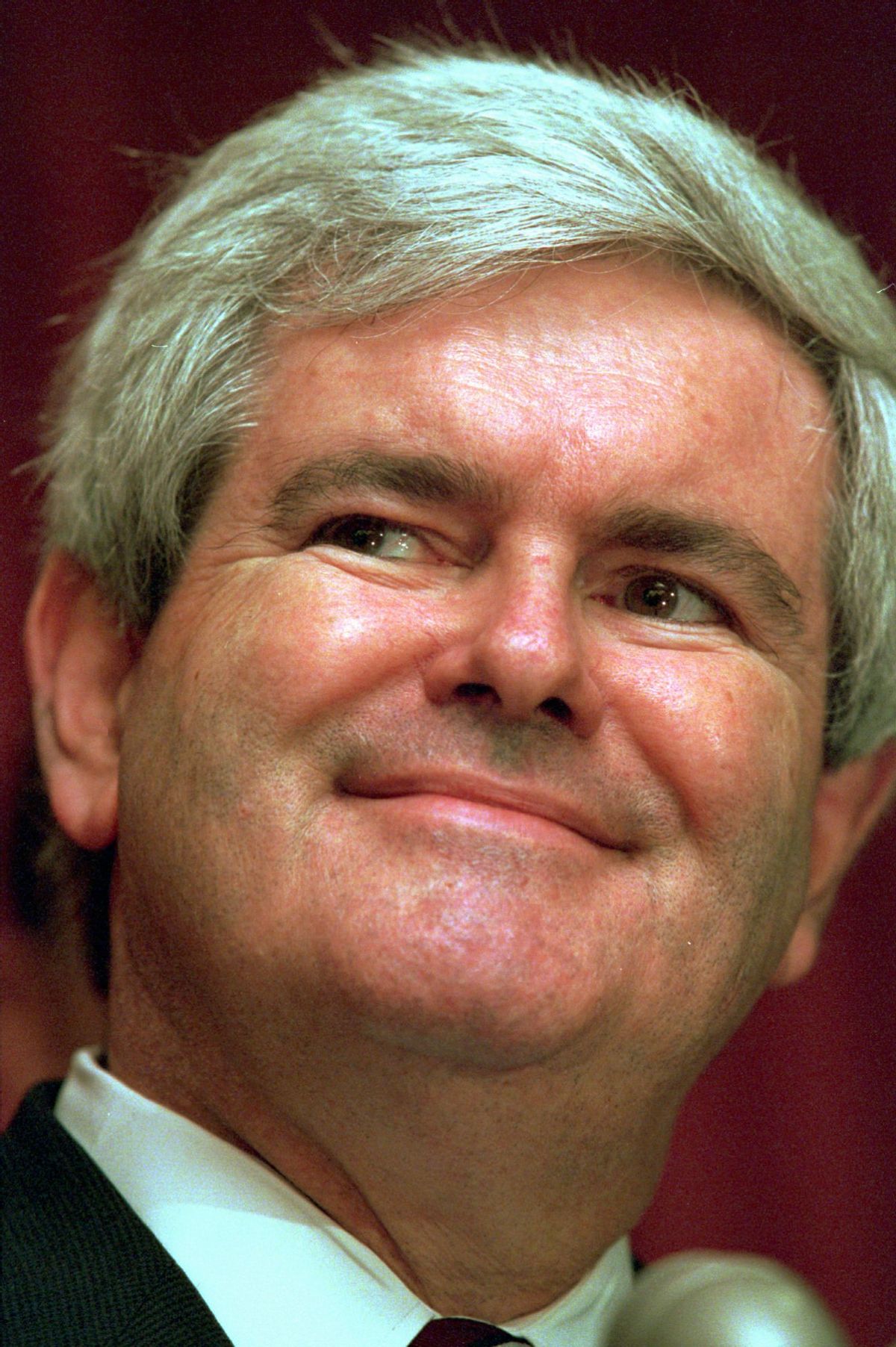 For the past decade, much of the press and political commentariat -- present company very much included -- bought into and advanced a notion that, it has become clear these past few days, was probably never true: That Newt Gingrich, after flaming out as House speaker and leaving Congress in 1998, had somehow managed to reinvent himself as a freshly relevant Republican leader for the 21st century.

The reality of the last 10 years or so, it now seems, goes more like this. After emerging from a brief post-speakership exile (with a new, much younger wife by his side), Gingrich was welcomed back to the political world and afforded a prominent place in it ... by news and talk-show hosts and producers, political journalists, and other media figures who understood that the former speaker's title, broad name recognition, polarizing personality, and tendency to alternate between wild bombast and surprising reasonableness were good for business. But actual Republican Party leaders? They tolerated his lingering presence because he generally toed the party line and seemed far more interested in making money than in running for office again or seeking any kind of official role in GOP politics; how much harm could he really do? But that didn't mean they were happy he was "back" -- or wanted him anywhere near, say, a presidential race.

This has become obvious since Sunday, when Gingrich made his 35th appearance on "Meet the Press" --and his first since announcing his candidacy for president. By now, you probably know what happened: Gingrich called Rep. Paul's Ryan's Medicare proposal -- the one that virtually every House Republican voted for last month and that Democrats are pledging to base their '12 campaign on -- "radical" and opined that "I don't think that right-wing social engineering is any more desirable than left-wing social engineering."  In the 72 hours or so since then, Gingrich has been slammed by Rush Limbaugh and branded a has-been by South Carolina Gov. Nikki Haley, and his campaign has already been declared "over" by Charles Krauthammer. And that's just a taste of it.

The backlash has been staggering. Has a mainstream politician ever announced his presidential candidacy and been greeted by such widespread intraparty condemnation? It's possible to argue that this is primarily the result of Newt's Ryan plan faux pas -- that if hadn't attacked a plan that Republican opinion-shapers and voters passionately support, he wouldn't be on the receiving end of all of this grief. There's surely plenty to this.

But it also feels like something bigger is going on here -- that Republican leaders and activists are using Newt's flub as an opportunity to say something that's been on their minds for a lot longer: Get lost!

Here, the comment from Haley, the 39-year-old South Carolina governor who was just a few months out of Clemson University when Newt became speaker in January 1995, to her home state newspaper seems telling: "There was a place and time for him." I'll bet this attitude preceded the current controversy -- and is fairly common among influential conservatives. Gingrich gained international fame when Republicans won the House in 1994 and was a towering figure in American politics through the end of 1998. But even in that time, his act got old with his fellow Republicans, some of whom nearly ousted him as speaker in the summer of 1997. When he stepped down after the 1998 midterms -- an election, don't forget, in which Republicans lost seats in the House even though a Democrat was president -- there was a palpable sense of relief among his GOP colleagues in Washington, and Republican leaders across the country, who had felt the weight of Newt's poisonous poll numbers for several years.

When he reemerged a few years later, most Republicans had little use for Newt. But they never had to tell him so -- until he went ahead and jumped in the presidential race. Now he's threatening the party's brand in a way he hadn't for the last decade. In this sense, the GOP's hostile and aggressive response to his Medicare comments can be likened to Democrats' reaction to John Kerry's "botched joke" about Iraq in the days before the 2006 midterms. Was the Kerry controversy mainly manufactured? Sure. But Democrats were in no mood to rush to his defense. For one thing, the midterms were days away and they didn't want to make the story any bigger. But there was something more: Kerry was making it clear that he wanted to run for president again in 2008 -- an idea that most Democratic leaders hated. They wanted him gone from the national stage, and now they had an opening to deliver that message. Kerry, by most accounts, was humbled by the lack of public support his party gave him, and soon decided not to run again. Problem solved.

If anything, Republicans are even more eager to be rid of Newt now. It remains to be seen if, like John Kerry five years ago, he'll get the message.