Computer crash: Unemployment and the iPad

Tablet mania isn't the only reason PC sales are down. There's also the failure to turn corporate profits into jobs 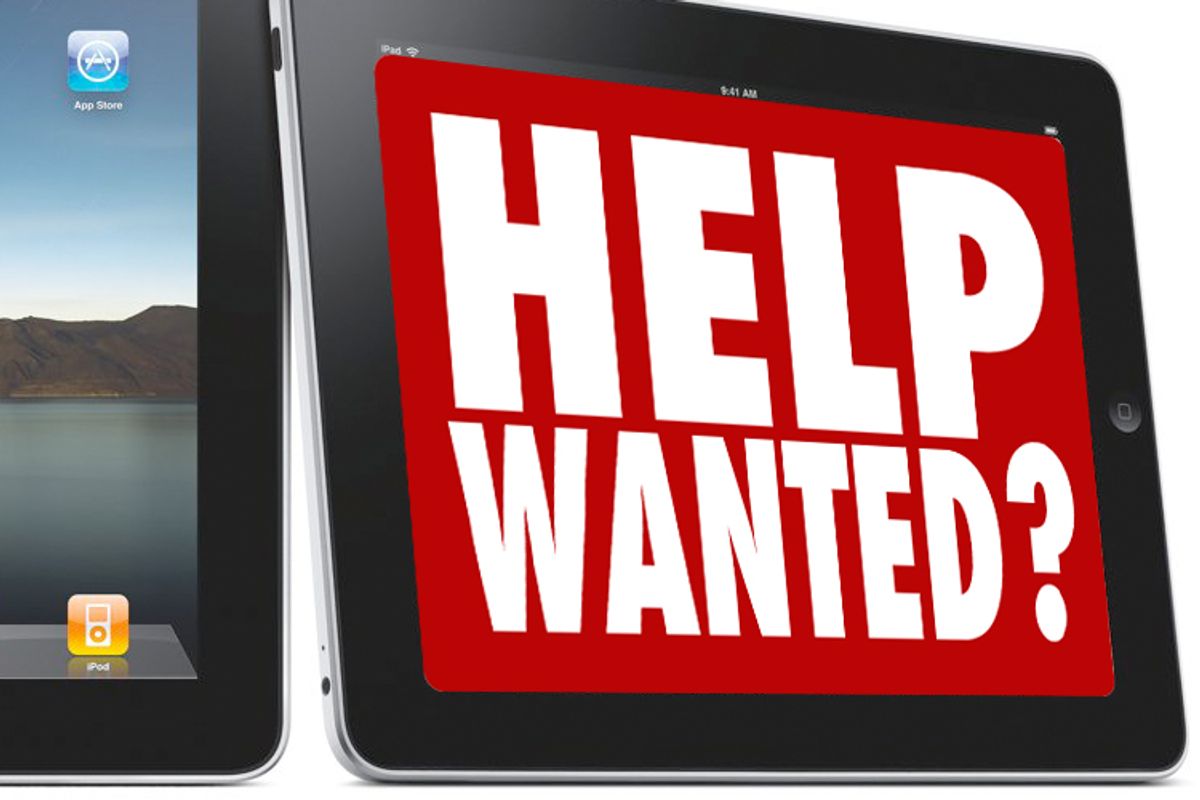 The latest numbers on the devastation wrought upon the personal computer industry by the mighty iPad are nothing short of stunning. While Apple was earning blowout profits from iPad sales, Bloomberg reports that Dell, Microsoft and HP all took major hits in the first quarter.

The popularity of the iPad is clearly one major factor, but buried deep in the story is an intriguing hint of another. Computer systems sales to corporations appear robust, but consumers are holding back:

What could explain such a phenomenon, aside from the iPad craze?

How about the fact that corporate balance sheets are doing great, but unemployment is at 9 percent?

It's been the big story of the last two years. There's an economic recovery in the corporate sector, but it hasn't translated into significant hiring. The data from the PC sector plug right in:

That has helped make businesses more efficient, enabling them to do more with fewer employees.

There's your "bifurcated" market. Corporations investing their profits in technology upgrades that allow them to squeeze more work out of fewer employees, while consumers -- excluding those who have succumbed to the lure of the iPad -- hold fire and stay chained to last year's model.