Like people going to the Triple Crown needed another reason to get wasted, here's a centaur telling you to drink up 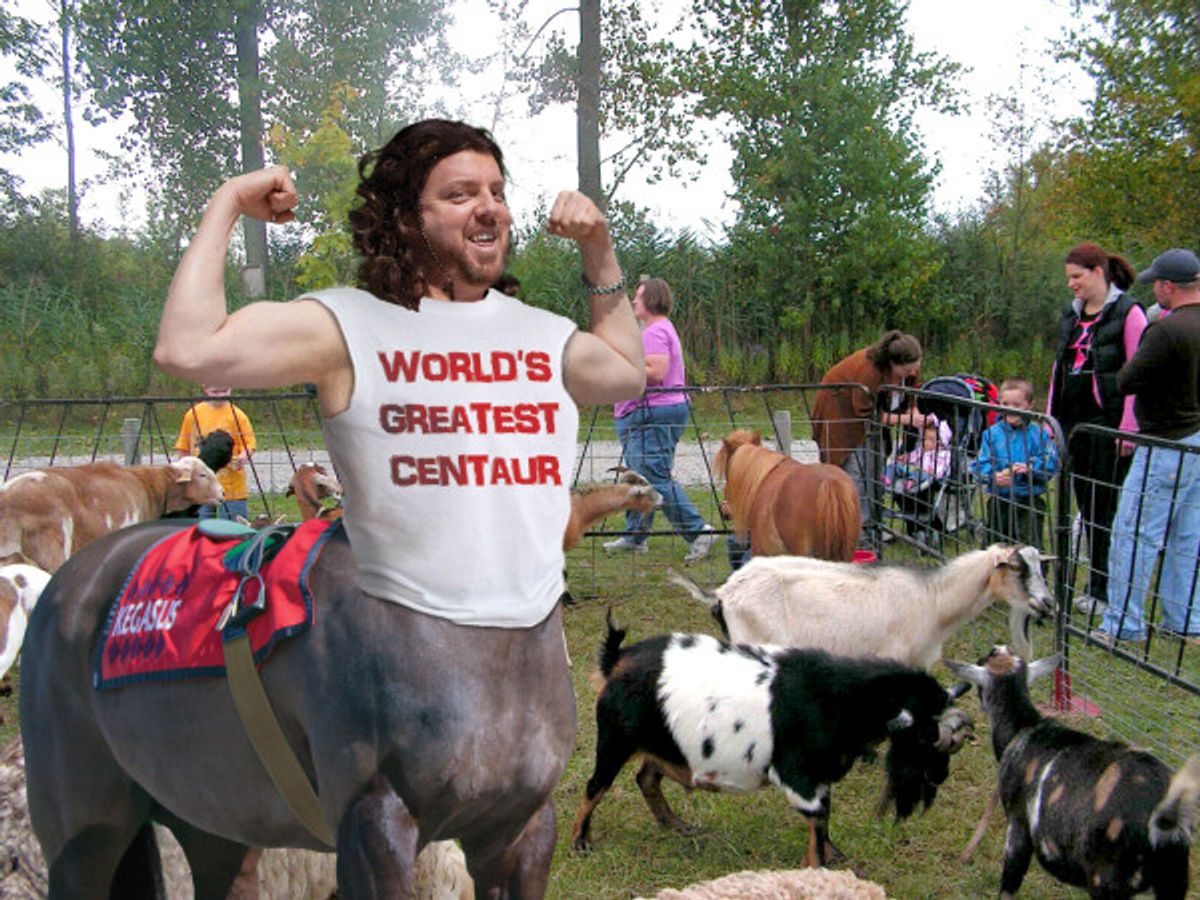 Kegasus sounds like he's brother's with the Old Spice Guy: with a deep, booming voice and a fine physique (albeit one that is half horse), he encourages you to drink more beer, watch more bikini contests, and spend all day at the race tracks. His catchphrase, created for the Preakness Stakes at the Maryland Jockey Club this year, is "A 10-hour party to celebrate a two-minute race. Now we’re talking."

You know that racing officials must be getting desperate if they need to play up the endless alcohol available at Preakness, but there is something even sadder in The New York Times' covering a guy wearing horsey pants and calling for endless shots, as if this was a real issue that the rest of the world cared about. I'm from Maryland, and I'm not even subscribed to Kegasus' Twitter page.

If Kegasus smacks of fratboy humor and an alcohol toxicity case waiting to happen, what's to be done? Will getting rid of him/it mean that Preakness will have to find another way to appeal to teenagers; perhaps going back to those homemade Porta Potty-climbing videos of 2007?

The all-around best response for this ridiculousness comes from Maryland Delegate Pat McDonough, who oversees the Baltimore and Hartford districts that the Jockey Club falls under: