Created by his widow, a memorial for the cult comedian features never-before-seen footage and material 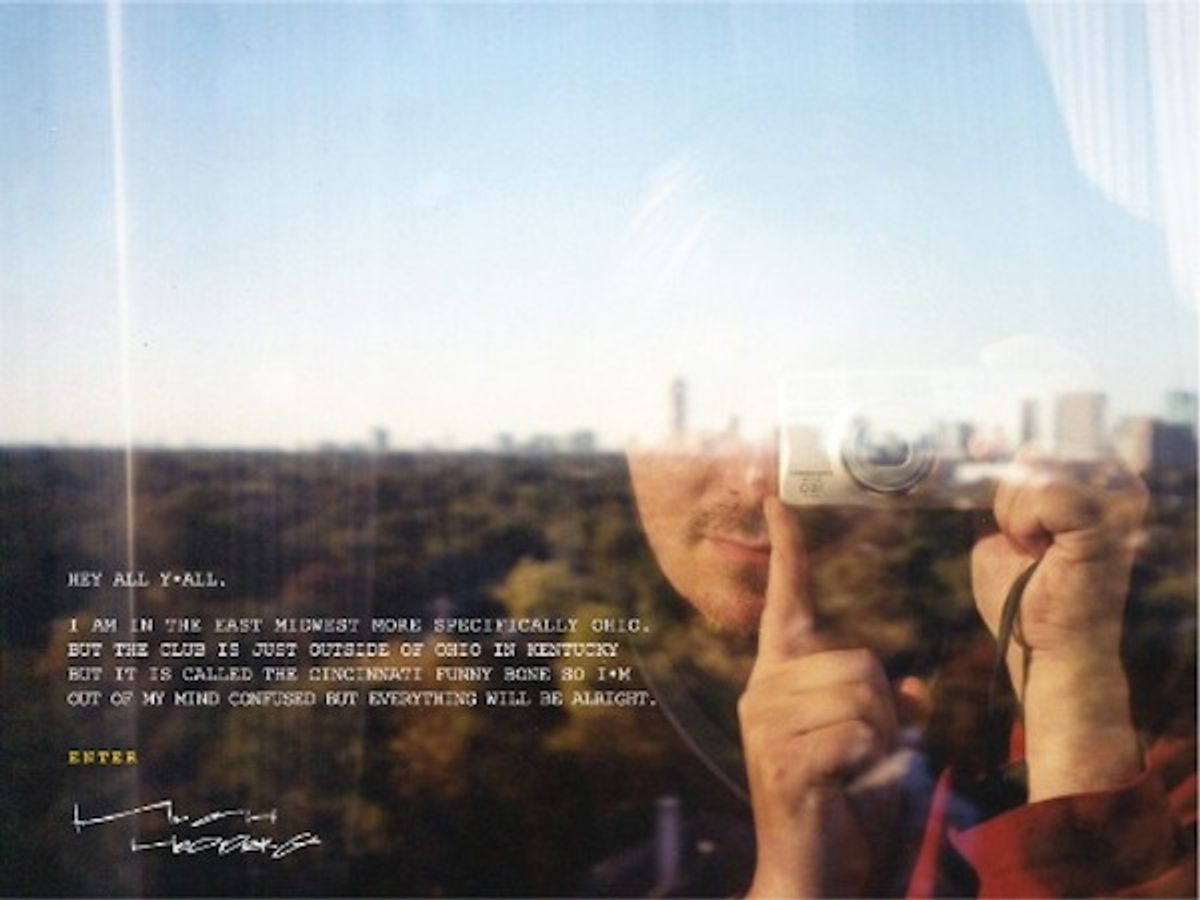 Celebrating the life of Mitch Hedberg.
--

On March 30, 2005, Mitch Hedberg passed away from an accidental drug overdose.  A day later, Terri Schiavo died, and two days after that, Pope John Paul II. With the media blitzkrieg surrounding Schiavo and the pope, the loss of one of the most original, inventive and strange comedians in the past decade hardly made a blip on the radar.

Mitch was best known for his stoner-like cadence and non sequitur riffs on everything from koalas to cheese graters. He appeared on David Letterman in 1997, which led to a successful underground comedy career, although he never quite broke through to mainstream audiences.

Tuesday, Mitch's widow, Lynn Shawcroft, relaunched MitchHedberg.net. The site is complete with jokes straight from her husband's notebooks ("I remixed a remix and it was back to normal," reads one scribble), as well as "free writing" sessions and a scrapbook of letters he titled "Incidentals."

There is also never-before-seen footage of Hedberg, both from fan submissions and uploaded by Lynn. Here is Mitch performing at the ACME Club in Minneapolis. (Language NSFW)

The site stands as a bittersweet treasure trove for Hedberg's fans, and an inspired way to keep his humor alive.