The president's long form, now available on mugs and t-shirts 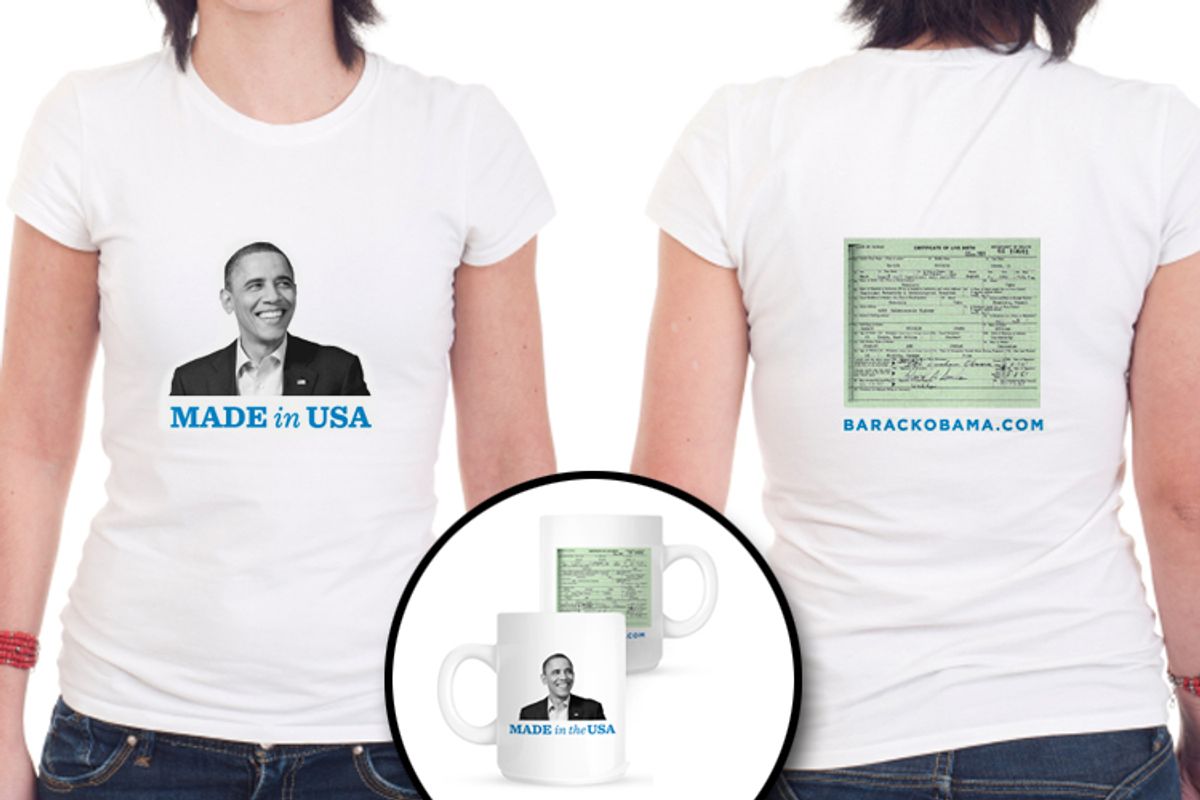 If there was any doubt that Obama would eventually benefit from the Birther controversy, his campaign has just put it to rest. And with marketing panache.

The merchandise features the president's face looming above the slogan "Made in U.S.A", as well as an image of his long-form birth ceritificate.

The Nation reports on an email from Julianna Smoot, Obama's deputy campaign manager, who commented on the swag:

"There's really no way to make this stuff completely go away," Smoot notes, referring to a new conspiracy book called, Where's the Birth Certificate?. " The only thing we can do is laugh at it," she suggests, "and make sure as many other people as possible are in on the joke."

And as the donations pour in, Obama really will have the last laugh on the Birther issue. The mug as shown on the donate page of BarackObama.com