What not to ask a pregnant woman

When you're carrying a baby, people say odd things. But there's one query that irritates me more than any other 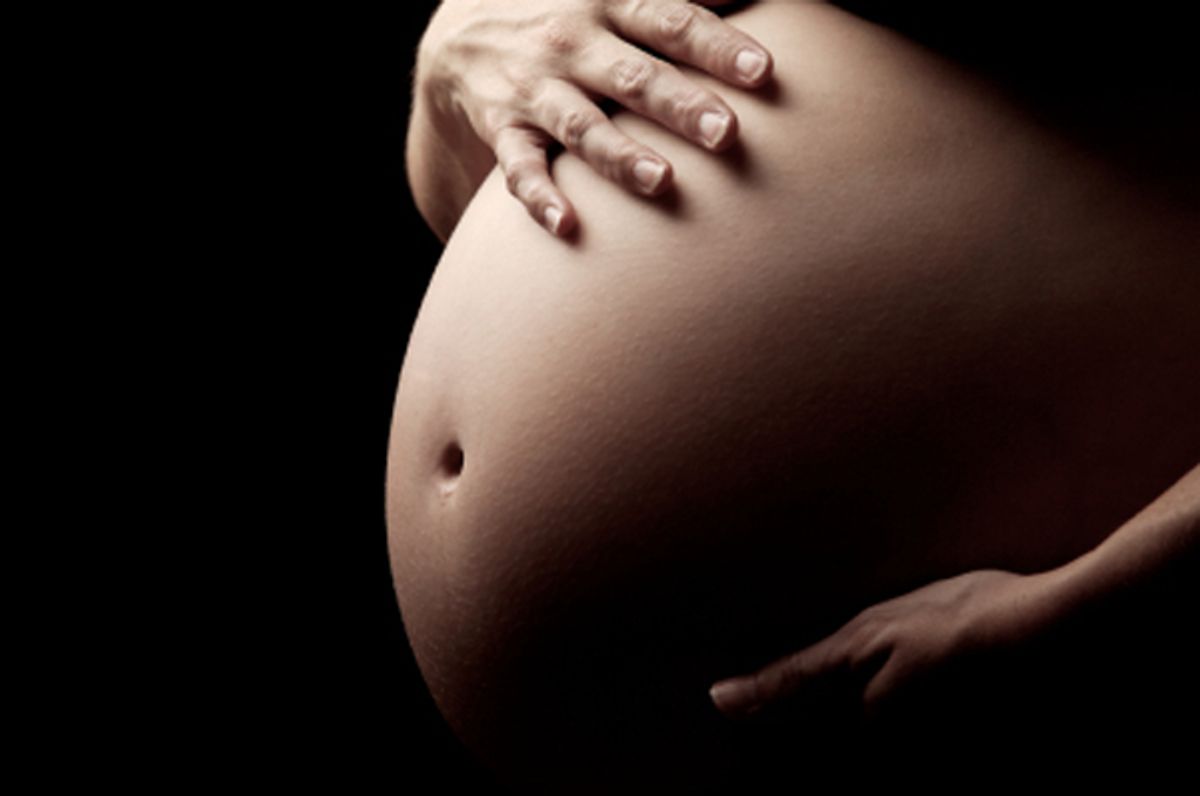 It's one of the two questions I hear most often when I tell people my partner and I are expecting our second baby. The other common question -- "Do you know the gender?" -- makes more sense. People like to attach a concrete image to the fuzzy notion of a fetus. But, was I trying? That's an oddly intimate inquiry. And how is your sex life, stranger?

Yet I've heard it from all corners, with this pregnancy and the last: co-workers. Bosses. Neighbors. My daycare provider. The guy at the deli where we buy our bagels. (OK, the deli guy didn't ask, but I could see it in his eyes.)

Do these people really harbor a burning desire to know whether we are careful planners or total screw-ups? Because that's what it boils down to. You were either trying -- under the sheets or, perhaps, the steely gaze of fertility specialists -- or you weren't, and are shocked, delighted, confused or feeling litigious toward your birth control manufacturer.

The funny thing is, we've been on both sides of the coital coin. One pregnancy, although utterly welcome, was not entirely intentional. The other time, we were pretty careful about not being careful. So I should have two simple answers: yes or no.*

Instead, I struggle to come up with a reply. "Well, we were trying to have a good time," I said the first time around, trying to shock the questioners as much as they'd shocked me. This time, I've placated the curious with the slightly more direct, "We were, but it happened more quickly than we expected." Trying, but still surprised! So stick that in your pacifier and suck it!

I know I'm not the only one who finds this question unsettling. Not long ago, someone wrote to Slate's advice column, Dear Prudence, to ask how to handle it. Her response -- "More than one person has asked that?" -- suggests the question has become more socially acceptable in the years since she had her own child. The horrified reactions of my older sister and sister-in-law when I told them about this essay seem to support that theory. Both said they were never asked the question during their turn-of-the-millennium pregnancies.

So what changed? Are people simply more bold now? Is it the impact of bare-all reality TV? The rise of the navel-gazing parent? Or something else entirely?

Whatever the explanation, it's rubbing people the wrong way. At BabyCenter.com, the popular Web community for mothers and mothers-to-be, a senior manager told me that 80 percent of those discussing this question find it "offensive, rude, and nosy." She also told me certain people get the question more than others. If you're unmarried, conceived too quickly or too slowly after getting married, are having more than the picket-fence norm of two children, having them close together, or having them late in life, prepare to be probed. And prepare your best comeback.

That's exactly what frustrated mothers-to-be are doing all over the Web. These fertile minds suggest responses including, "Yep, every night"; "No, I have no idea how this happened"; "Are you kidding? I don't even know whose it is"; and "Why do you ask?"

That last one might be the best approach. Because no one out there is weighing in to explain why the question really comes up. Curious, I reached out to a few of the people who've lobbed this question my way. Mary, a former supervisor in her 50s, said she'd never asked anyone before blurting it to me. Sarah, a friend and co-worker in her late 20s, said she only broaches the topic with close friends, and suspects others who ask are trying to figure out how to respond to the news. Matt, a friend and doctor in his 30s with three kids of his own, confirmed her theory: "I ask that question because the response dictates the next several minutes of conversation, and the next several months of your lives." As a clinician and as a friend, he said, he keeps an ear out for the rare but occasional, "No, we weren't, and we don't know what to do," so he can offer any necessary support.

Matt's answer gave me pause, because I had been fully prepared to unleash this admonition: The appropriate response to pregnancy news is to express excitement and joy -- and then shut up.

Which is funny, because in all other matters parental, I try to be blunt and honest, probably to excess. I am particularly committed to countering fairy-tale notions of glowing expectant and new mothers (what, not a stretch mark or hemorrhoid in sight?). So I should appreciate someone like Matt, who's sincerely interested in offering help if things are less than picture-perfect.

Still, I'm pretty sure people like that are few and far between. Instead, the question has become part of a curious series of invasions all pregnant women face, from hands on the belly to comments on skin tone and size. When I was 8 months pregnant with our first child, the female caterer at a work function looked me up and down before rasping, "How much weight did you put on?" This time around, multiple people -- men and women -- told me I looked "ready to pop," a particularly alarming visual. And it takes about 10 seconds after you have your first child, as Tina Fey so eloquently chronicled in her New Yorker essay earlier this year, for people to start asking when the second is coming.

Ultimately, all women have to decide how to respond to these intrusions, drawing boundaries between what we take in and what we ignore. But marking out that territory can start to feel … well, pretty trying. So here's a tip for those who find themselves eager for details in the face of baby news: Imagine how you'd feel if someone asked you how often you have sex, or how your own family planning is working out. Instead, take a deep breath and offer a simple, "That's great. How are you feeling?"

* This article originally revealed which of the author's pregnancies was planned. Then she realized that defeated the entire purpose.

Katharine Wroth is a writer, editor, and parent who works at Grist by day and indulges too many requests for bedtime stories by night.