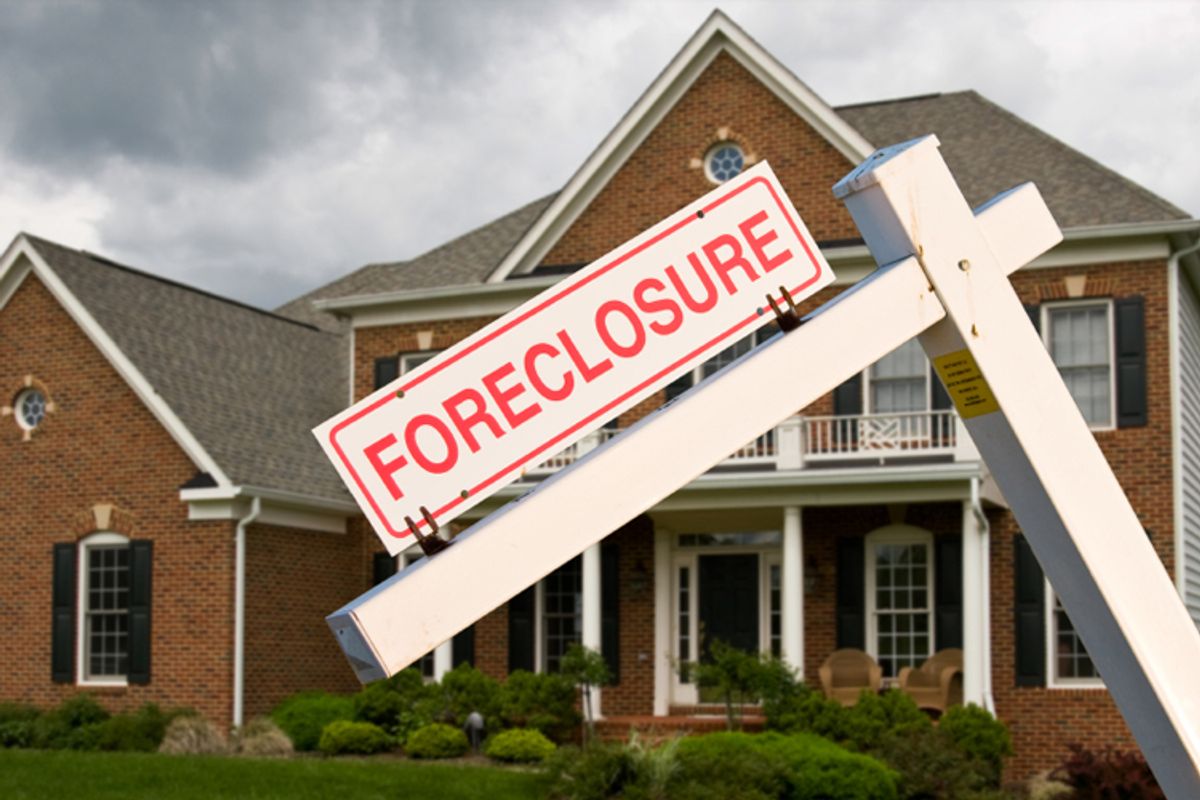 The assertion that government policy encouraging the creation of subprime loans to boost homeownership rates among minorities was the prime cause of the financial crisis is a classic example of the "zombie lie." No matter how many time's it been debunked, it keeps coming back. And no single person has been more closely associated in pushing that line of argument than Peter Wallison, a long-time fellow at the American Enterprise Institute, and one of the four members of the Financial Crisis Inquiry Commission appointed by the GOP Congressional leadership.

Wallison's views on what caused the crunch are so far out on the right-wing ledge that he couldn't even get the three other Republican members of the FCIC to agree with his theories, and had to release his own minority-minority dissent.

That always perplexed me, since I'm sure the other conservative commissioners wanted to blame government for everything that went wrong. But today, thanks to the sterling work of Rortybomb's Mike Konczal, I have a clearer understanding of why Wallison's fellow Republicans didn't sign on to his campaign. There are lies within zombie lies.

Konczal takes a hard look at a new Wallison article in American Spectator: "The True Story of the Financial Crisis." Wallison recapitulates his now familiar argument, with special emphasis on research conducted by Edward Pinto, also an AEI fellow, claiming that government policy "fostered the creation" of about 27 million "subprime mortgages" of "inferior quality."

Pinto's data has also been conclusively debunked -- the short version is that he made up a definition of "subprime" that no one else uses. But never mind that. Mike Konczal zeros in on a different lie, a passage from the American Specator piece asserting that the Financial Crisis Inquiry Commission ignored the Pinto data.

This information, which highlighted the role of government policy in fostering the creation of these low-quality mortgages, raised important questions about whether the mortgage meltdown would have been so destructive if those government policies had not existed. Any objective investigation of the causes of the financial crisis would have looked carefully at Pinto's research, exposed it to the members of the Commission, taken Pinto's testimony, and tested the accuracy of his research. But the Commission took none of these steps. Pinto's memos were never made available to the other members of the FCIC, or even to the commissioners who were members of the subcommittee charged with considering the role of housing policy in the financial crisis.

Sounds pretty damning, huh? Too bad it's not true. Konczal quotes the work of Leonard Architect, posting at DailyKos:

1. The FCIC did look carefully at Pinto's research;

2. The FCIC did question Pinto at length and accept all his submissions;

3. The FCIC did test the accuracy of Pinto's research, and

4. Pinto's research was made available to all members of the FCIC.

5. The FCIC considered and debunked Pinto's claims, and detailed the process in its report, on page 219 and elsewhere.

Konczal asks "Where are the fact checkers?" The answer is easy.