"Botox Mommy" was a hoax

Cosmetic surgery for 8-year-olds? The story that was too gruesome to be real ... because it wasn't 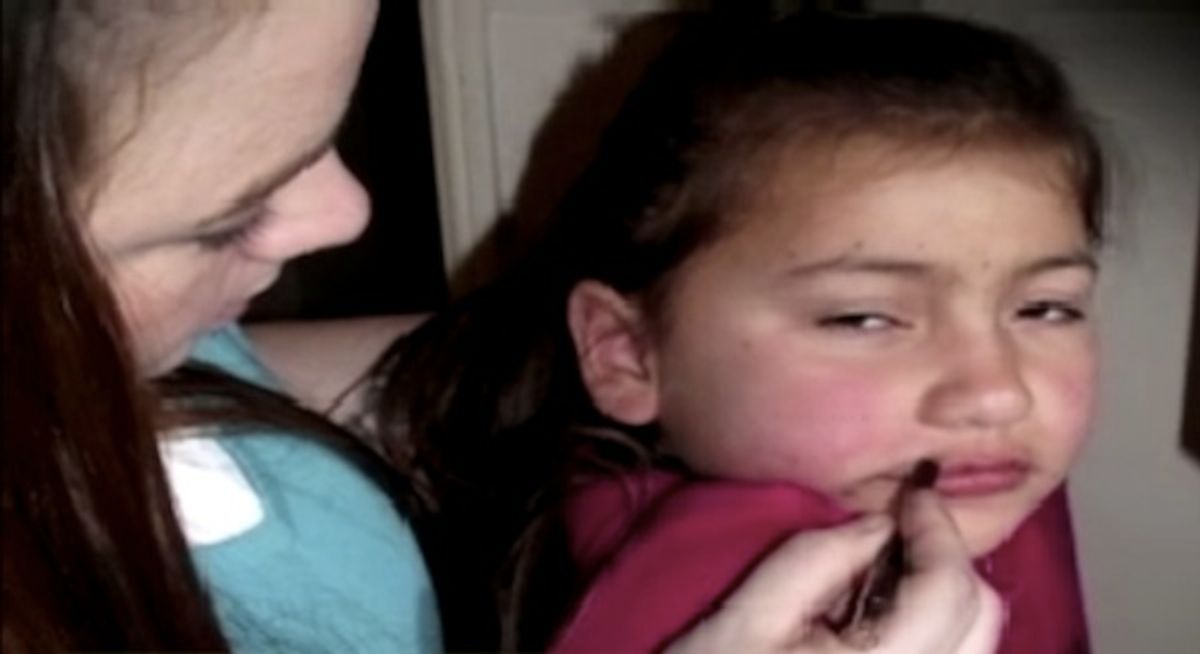 Britney Campbell, not getting Botox injections.
--

Last week we all learned that sticking poison needles into your child's face will not only not get you arrested, but can land you a sweet appearance on TV with some cold, hard cash. Kerry Campbell, dubbed "the Botox Mommy," claimed to have given her daughter injections as well as bikini waxes in order to give her a leg up on the pageantry circuit.  The story first appeared in the UK Sun, under the headline "I’m injecting my eight-year-old with Botox and getting her body waxes so she’ll be a superstar," and detailed how Kerry would administer these shots to her daughter, Britney, herself. (Don't worry, she's a nursing assistant.)

The outrage was immediate. I mean, no matter what your political view or background, we can all agree that this is not good child raising, correct? So it's no surprise that someone called child services on Kerry, only to find out she didn't exist.

That's right, the whole thing was a stupid attention-grabbing hoax: the balloon boy of 2011 (but without the hiding in an attic and vomiting on TV part). It turns out Kerry (real name Sheena Upton) was paid $200 by the Sun to write a story called "I Give My 8-Year-Old Daughter Botox." As Upton told TMZ, "I was provided with the story, instructions and a script to follow for a recorded interview." The saga unravels:

After the story ran in The Sun, Upton says she was approached by "Good Morning America" and "Inside Edition," and claims she was offered "a large fee" to appear on camera. She went on both shows and re-told her story.

After the interview, child welfare officials took Upton's daughter away.

Finally realizing that maybe being the face of the world's worst mother wasn't worth the cash, Upton told her case to the child welfare agency, who took her daughter (whose name might not even be Britney, who knows) to a hospital to check to see if she'd actually had her body modified in any way.

"After my daughter received a full medical exam, the results indicated that she has not ever received treatments including Botox or other such injections."

Upton claims to have been offered $10K for "Good Morning America," which is a hell of a lot more than what the Sun paid her. If that's true, it's hard to decide what's worse: that a sleazy newspaper would put out a call for a sensationalist fake story and pay so little, or that "Good Morning America" would pay so much to Upton, under the assumption that she actually did inject her child with a neurotoxin for the sake of beauty.