This is exactly what Republicans want: The pundits are starting to freak out 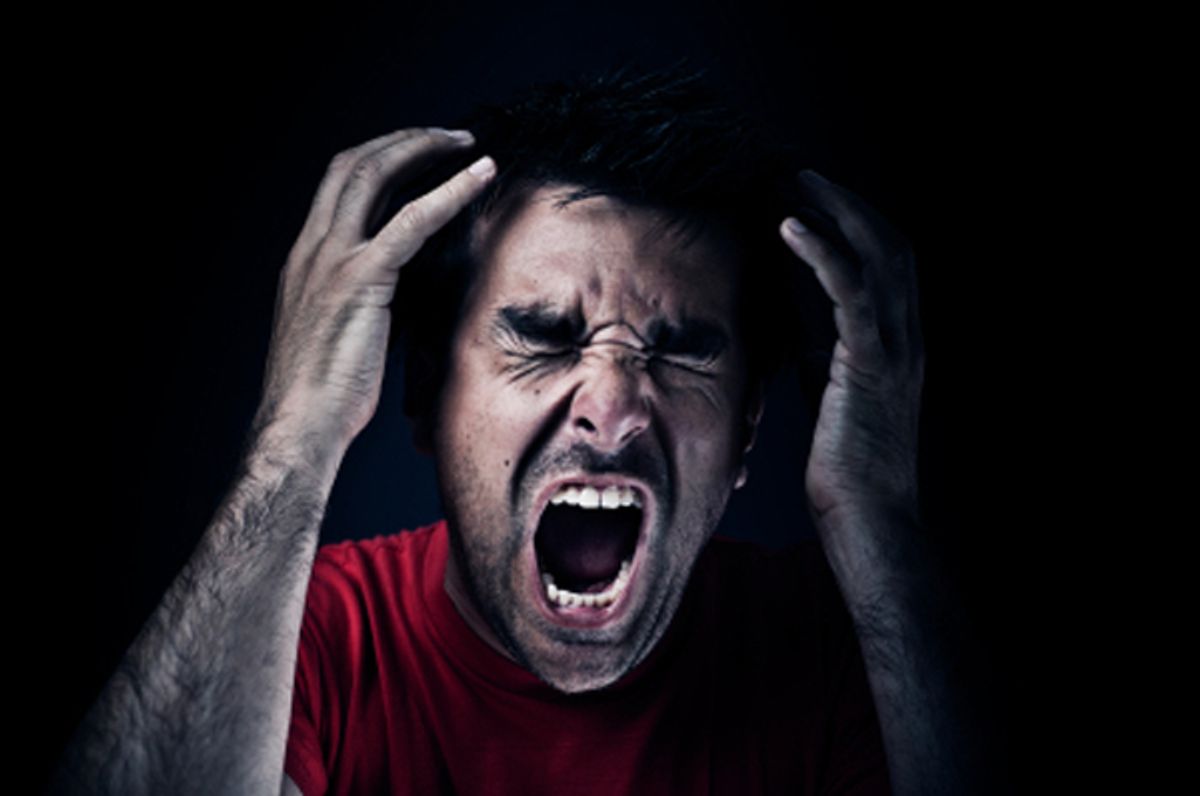 The pundits are panicking.

First, The New Republic's Jon Chait, in "I'm Getting Scared About the Debt Ceiling," conjures up a dire scenario in which Tea Party ignorance and intransigence combines with Senate gridlock to foil any possibility of a debt ceiling deal. So what if financial markets seem to be ruling out that possibility right now? As everyone knows, financial markets are hardly omniscient.

Markets might be missing a default crisis for the same reason they missed the credit crisis. There's massive systemic risk embedded in the system, but the markets have remained complacent simply because the consequences haven't revealed themselves. In this case, the risk is some unusual features of our political status quo. In this case, it's a political system in which the opposition party has a veto over any policy change and a political incentive structure diametrically opposed to the interests of the economy. Add on top of that a unique requirement for a specific vote to raise the debt ceiling. And throw on top of that the fact that this particular opposition party is run by an ideological movement frequently in the habit of dismissing the conclusions of experts, and is thus unamenable to stern warnings from economists and bipartisan financial elites. It's a very dangerous combination.

...Republicans are trying to convince themselves and their base out of fearing the consequences of a default. And that is very, very scary.

And that's what will scare the markets. The real danger of the debt ceiling is not that a temporary default will make our bondholders poor. It's that by doing something that the American political system has previously regarded as unthinkable, the market will cease to believe the stories it tells itself about the safety, security and predictability of the American political system.

Let's think through this for a second. Who benefits from a rising sense of debt ceiling panic? Republicans. Extortion only works if you really think that the blackmailer will go through his threats -- a dynamic that we saw played out to perfection in the struggle over the continuing resolution to fund the U.S. government. Every spike upward on the fear-and-trembling-meter gives John Boehner more leverage, empowering him to go right up to the brink of disaster and extract the biggest possible concession from Democrats. So it serves the GOP just fine that the punditocracy regards it as irresponsible.

I won't deny that there's a possiblity that all hell could break loose, but I'm standing by my original position. I don't think there is any chance that the debt ceiling won't be raised, not least because I'm pretty sure President Obama will decide that maintaining the good credit of the United States is of paramount importance. He will cut a deal, if forced to, because he takes the good of the nation seriously. But the spectacle of everyone freaking out at the possibility of default actually weakens his hand, and raises the likelihood that the terms of that eventual deal will impose unnecessary and economically damaging short-term spending cuts or overly harsh entitlement reductions.

So let's not be scared, let's just be clear: risking the good credit of the United States is a profoundly stupid thing to do. If Republicans provoke a bond market revolt that seriously raises the cost of government borrowing, they'll do severe longterm damage to the U.S. economy. It's hard to see how the GOP would be rewarded for such behavior in 2012.

So instead of panicking, maybe we should just be shrugging our shoulders and saying "go ahead." Deny them their leverage. Because when push comes to shove, the GOP will have to crack.