Now that teachers in Tennessee aren't allowed to discuss homosexuality, Sulu has come up with an alternative 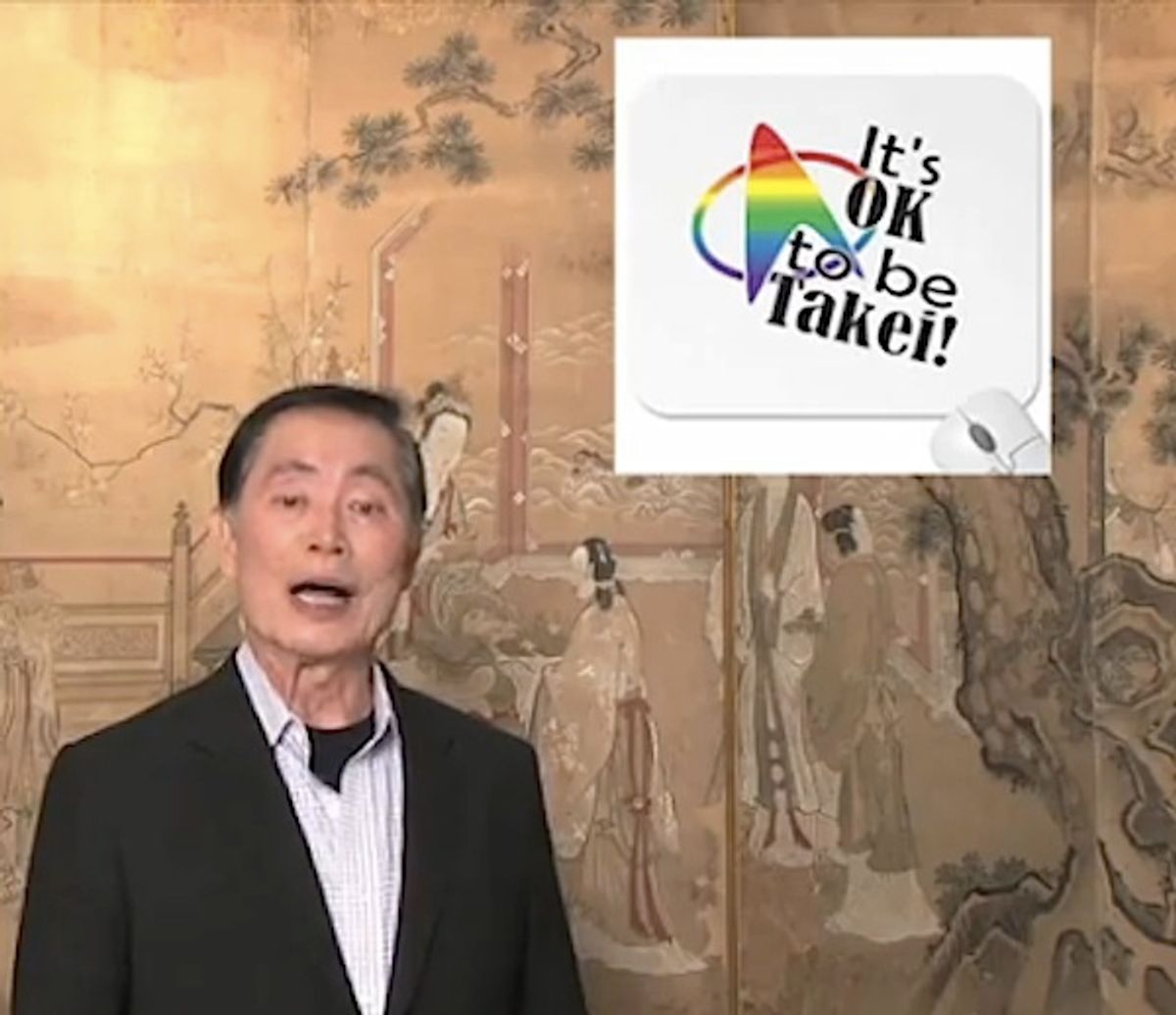 As of today, the Tennessee state Senate Judiciary Committee is still out on its verdict for SB 49, or the "Don't Say Gay" bill. Sadly, this isn't what it sounds like, which would be legislation to prohibit the use of the word "gay" as a slur. Instead, the bill, an initiative pushed by state Sen. Stacey Campfield for the past six years, makes it a crime for teachers to talk about homosexuality to their students from kindergarten to eighth grade. Which, incidentally, was the grade 13-year-old Asher Brown was in when he took his own life, due to relentless gay bullying. But sure, let's just bury this conversation in the closet until high school; no one will get teased or feel ostracized then, right?

Amazing. I'm starting to get my outfit ready for Takei Pride Week as we speak.