But Mom, what if I don't want to get married?

At 27, I'm already feeling pressure to wed. But what I want to know is not how to find a mate, but how to be single 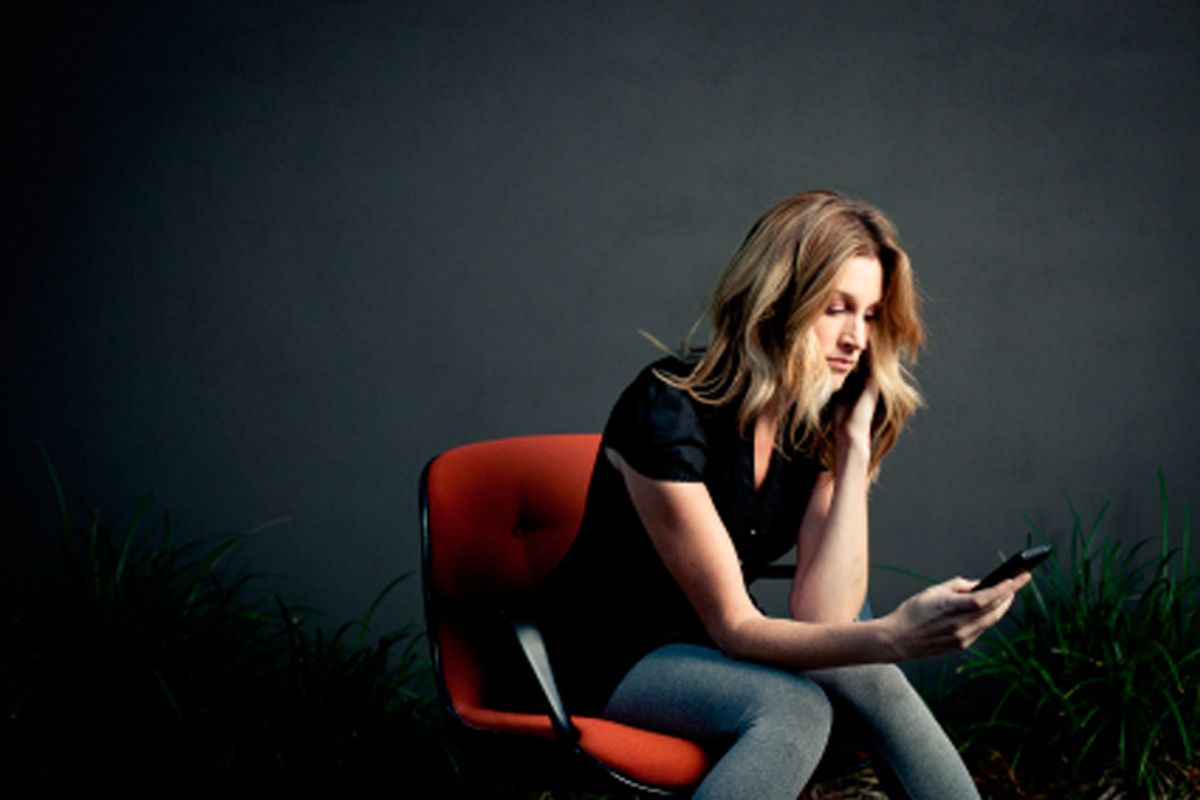 David Goldberg lives down the street from me. In our three dates together, David proved to be the guy single girls dream about: He picks up the tab, calls when he says he will, and walks me to my door. He's a better-than-average-looking Jewish lawyer, who is 29. And as a Jewish gal pushing 30 at age 27, I should be thrilled he wants to be my boyfriend. At least, that's what my Russian Jewish mother thinks.

The problem is, he's just not the type of guy I dream about. Every time he leans in for a kiss, his lanky neck and delicate swooping motions make me feel as though I'm getting stampeded by a giraffe. A fourth date seemed like a bad idea.

I called my mom up for advice. "I want to dump the Jewish lawyer," I told her.

She gasped, as though I had just announced I'd been lobotomized. "No, you didn't dump him. Did you?"

She says my name with her dramatic Russian pronunciation. "Another girl would grab him."

Blood boils up so intensely I feel like I could crush the receiver with my hands. "And if I grabbed him, you would get a phone call from the police, because the thought of kissing someone like that every day for the rest of my life makes me want to jump off my balcony."

She repeats my name, this time with a hint of pity in her voice. "And you wonder why you aren't married yet?" she says. "What did he say he was doing tonight? Maybe go out with him one more time, see if he has some nice friends." That's advice on par with the time she told me to not invite my prettier friends out with a boyfriend so they don't steal them.

I knew I should have called my sister. She would have told me to text him "it's over," and that would have been the end of it.

Afterward, I took a look at my bookshelf. About half of my book collection is fiction. But it's the other half that worries me. Books about how to avoid being single. Books about dealing with being single. Settle now, before it's too late! It's as if singlehood were some scourge to be scrubbed away like depression or weight gain. But in all these empty-headed tomes, why aren't there books called "Why I want to stay single?"

There are so many good reasons to choose being single -- even when you have men at your doorstep, asking you to do otherwise. There is the radical notion of pursuing what makes you happy. And there is, of course, the desire to avoid being a statistic. If you move in or get married to someone in a panic state (or on the advice of a book), the likelihood is you'll become part of the charming 50 percent divorce rate. Then again, stay single until you're pushing 30 and people start checking their watches and tapping their feet impatiently.

It was only last year, at 26, that I was with a guy who was ready to get married and do the whole shebang. Never feeling a mutual passion and wondering what was wrong with me, I spent thousands of dollars on a great shrink, who I hoped could give me the magical cure to transform me into a woman ready and eager to settle down. After all, my ex-boyfriend wasn't some horrible unfaithful creature with buck teeth. He was another better-than-average-looking Jewish guy with a good job, who mostly treated me well. I should have been happy; I was miserable.

He didn't understand me any more than a worm in the ground can comprehend the life of a bird. I am a writer, he is a banker. I am cerebral and imaginative, he is concrete and realistic. He always put down my need to think about things -- even though it's one of the qualities I value most in myself. I kept wondering: What is wrong with me? When it comes to these fundamental incompatibilities, though, there is no therapist or guru or battery of meds -- not even the Dalai Lama -- who can convince you someone is right for you for the long haul. Every time he and I mentioned a future life together, it was my stomach that tied in knots.

I hope women start to feel more comfortable as eternal bachelors, those charming, smiling guys who pass 40 and still don't feel in a rush to get hitched. I think we can learn from them, because that attitude seems a far more productive and healthy way to live as a single woman. Not my Russian mother's red-alert danger: There is a garage sale on available decent men down the street and you must run and commit to the first one you grab! But George Clooney's attitude: It's my life, I'm having fun. Any questions?

My mother likes to remind me that the clock is ticking until I turn 30, exactly 956 days from now. But that shouldn't be terrifying. It should be exciting. You know what? I think it's time to text David "it's over," and enjoy the rest of day 956.

Alexandra Gelfenbein is a freelance writer working on her first book.