5 Internet memes that could kill you 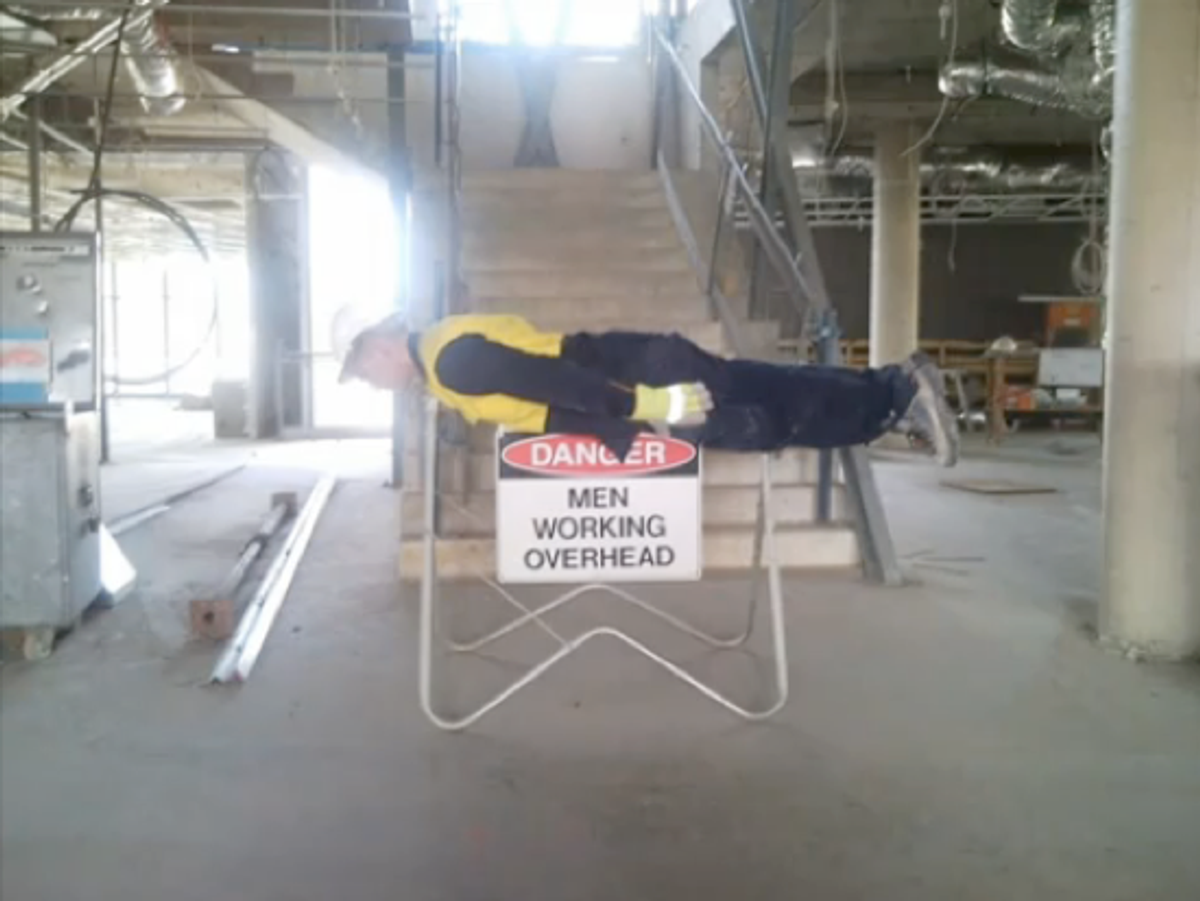 An example of planking.
--

Given the abundance of kitschy memes circulating on the Internet (think "Rick-Rolling" or "LOLcats"), there are bound to be a few that perpetuate and encourage brazen, risky or downright insane activities. Such was the case when a man died earlier this week while trying to perform a stunt called "planking."

Planking is a popular game that involves laying prostrate in unusual -- and often precarious -- locations, while an accomplice documents and uploads the pose to the Internet. An Australian man, Acton Beale, was posing for a planking photo on a the guardrail of a seventh-story high-rise apartment balcony when he lost his balance and fell to his death. As a result, much media attention has been cast on the game and its risks.

But planking is just the latest Internet meme that poses potentially grave risks. Here is our list of the five Internet memes that have the most potential to go awry.

Background: According to the website KnowYourMeme.com, the suddenly infamous trend was first conceived in 2006. Two British students created a Facebook group where they posted pictures of themselves participating in the "Lying Down Game," planking's progenitor. Since then, the game has had ebbs and flows in popularity, and recently snowballed into a cultural phenomenon. Now, multiple Facebook groups dedicated to the meme boast more than 100,000 members. A professional Australia rugby player named David "Wolfman" Williams even did the pose during a match in March.  (Salon's Drew Grant posted a more detailed exegesis of the planking movement on Monday, if you're interested.)

Example: A man planks while on an elevator.

Gone awry: The sad story of Acton Beale speaks for itself.

Car surfing (and it's meme-ified cousin, "Ghost riding the whip")

Background: Intuitively named, car surfing is a practice in which a person climbs on top of a moving automobile, oftentimes standing upright, as if mounting a surfboard. "Ghost riding the whip," meanwhile, occurs when a car's driver leaves his seat and poses on top of vehicle ... while it's still moving.

The origin of these stunts is difficult to pinpoint precisely, but it was probably the Michael J. Fox movie "Teen Wolf" -- where the titular character performs acrobatics on top of a moving truck -- that marked their entrance into the cultural lexicon. In recent years, a duo of rap videos ("Tell Me When to Go" by E-40 and "Ghost Ride the Whip" by Mistah Fab) depicted their own modern interpretations of car surfing. And it was the latter track that inspired a YouTube craze.

Example: This tacit admission of insanity, where a thrill-seeker surfs his Ford Bronco on a Florida highway, was notable enough to earn a mention on Gawker.

Gone awry: The Centers for Disease Control reports that 58 people were killed, and 41 injured, in car-surfing accidents between 1980 and 2008. And ghost has claimed at least a few fatalities of its own.

Background: There's nothing new about kids messing around with fire. But video-streaming sites have enabled -- and provided the impetus for -- increasingly ostentatious flame-based stunts. YouTube videos that feature flaming projectiles abound. A non-exhaustive survey on YouTube reveals 411 video results for the search terms "flaming tennis ball," nearly 1,900 for "aerosol flamethrower" and almost 7,500 for "fire stunts."

Example: The video below, featuring a flame-spewing Super Soaker, has racked up nearly 1.5 million views on YouTube.

Gone awry: Of the many examples available, one relayed by the New York Times last year jumps out:

[A New Jersey teenager] filled the family bathtub with fireworks, covered his body in protective clothing and set up a video camera to record the event. The resulting explosion, which the teenager later said he had hoped to post on YouTube, created a fireball that left the boy with burns on about 14 percent of his body.

Background: Though not a discrete meme, per se, you could argue that Johnny Knoxville and his "Jackass" compatriots have done more to influence wanton YouTube bravura than anyone else. The arrival of "Jackass" on MTV in 2000 signaled the emergence of a new risk-taking renaissance. And, unlike the other memes listed here, the express purpose of Jackass-style stunts is, more often than not, to inflict bodily harm.

Example: One would-be daredevil leaps over the hood of a slow-moving car.

Gone awry:  In 2006, a 13-year-old British boy was killed after he was flung from the handlebars of a fast-traveling mountain bike, where he was filming what was described as a "Jackass-style" stunt.

Background: Though not a direct product of the YouTube age -- flash mobs predate the video-streaming site -- these massive, coordinated performances are probably among the flashiest (pun, unfortunately, intended) of all Internet memes. The mobs are formed for a variety of reasons -- for entertainment or a political cause, or even as a tribute. More often than not they're entirely benign. Even the more physical examples -- mass pillow fights, for example -- seem harmless enough. Still, stories of flash mobs turning violent and sending their participants to the hospital aren't at all unheard of.

Example: One of the aforementioned mass-pillow fights.

Gone awry: A number of young people in Philadelphia were arrested last year after a series of flash mobs over the course of several weeks. In one incident, a 21-year-old man was pinched for his involvement in a melee that ended with an elderly bicyclist severely injured.