Olbermann opens up on the "Late Show" 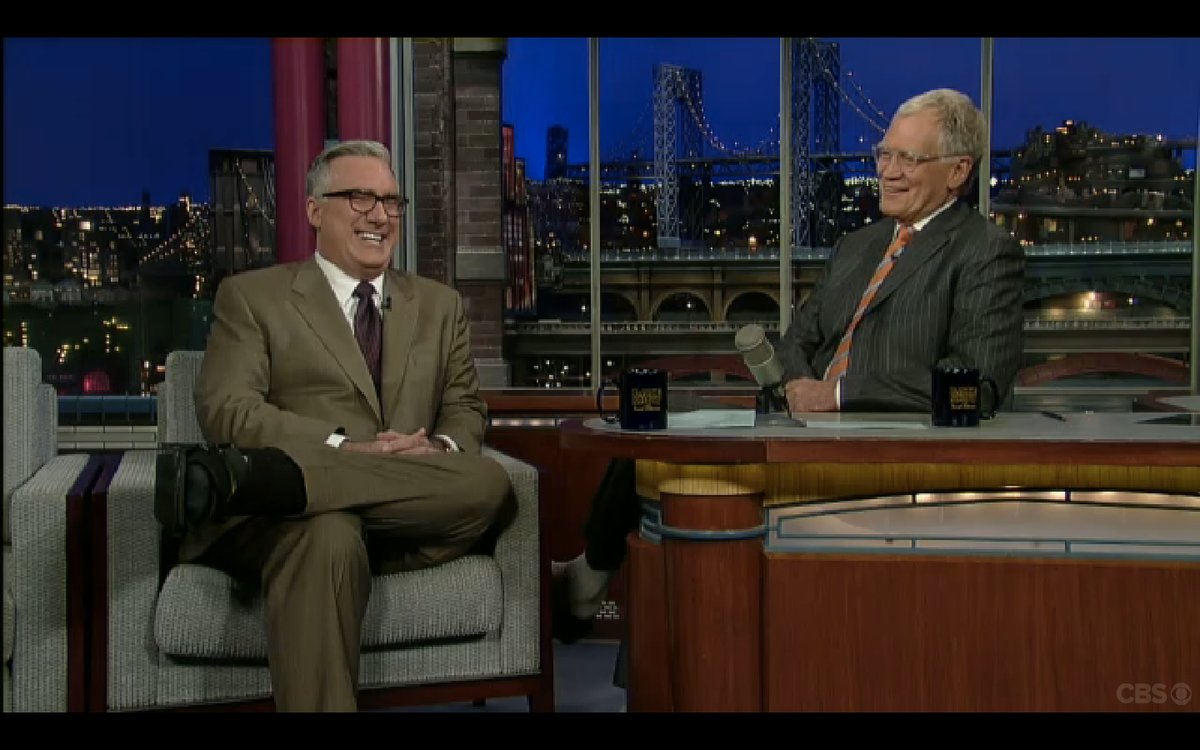 Keith Olbermann on "The Late Show" with David Letterman
--

In a segment on last night's "Late Show," Keith Olbermann discussed his departure from MSNBC -- as well as his complicated employment history more generally.

On his move to Current TV, where he will again host a show called "Countdown with Keith Olbermann" (regarding the recycling of this name, he tells Letterman: "We just sort of did it -- we'll hear from them if they're not happy"), he explained that he had been looking for "a place that's just in the news business and nothing else -- that doesn't also own an amusement park in Orlando or doesn't have outdoor advertising or beet plantations in the Azores or whatever else."

In the course of his conversation, he reused an old phrase -- "I didn't burn bridges; I burned rivers" -- that he actually introduced on the "Late Show" several years ago. You can see video of the old appearance here (with the "rivers" remark around 6:18):