Interview with a wookiee

We talk to the man behind Chewbacca about his iconic character, the lackluster prequels and "Star Wars" politics 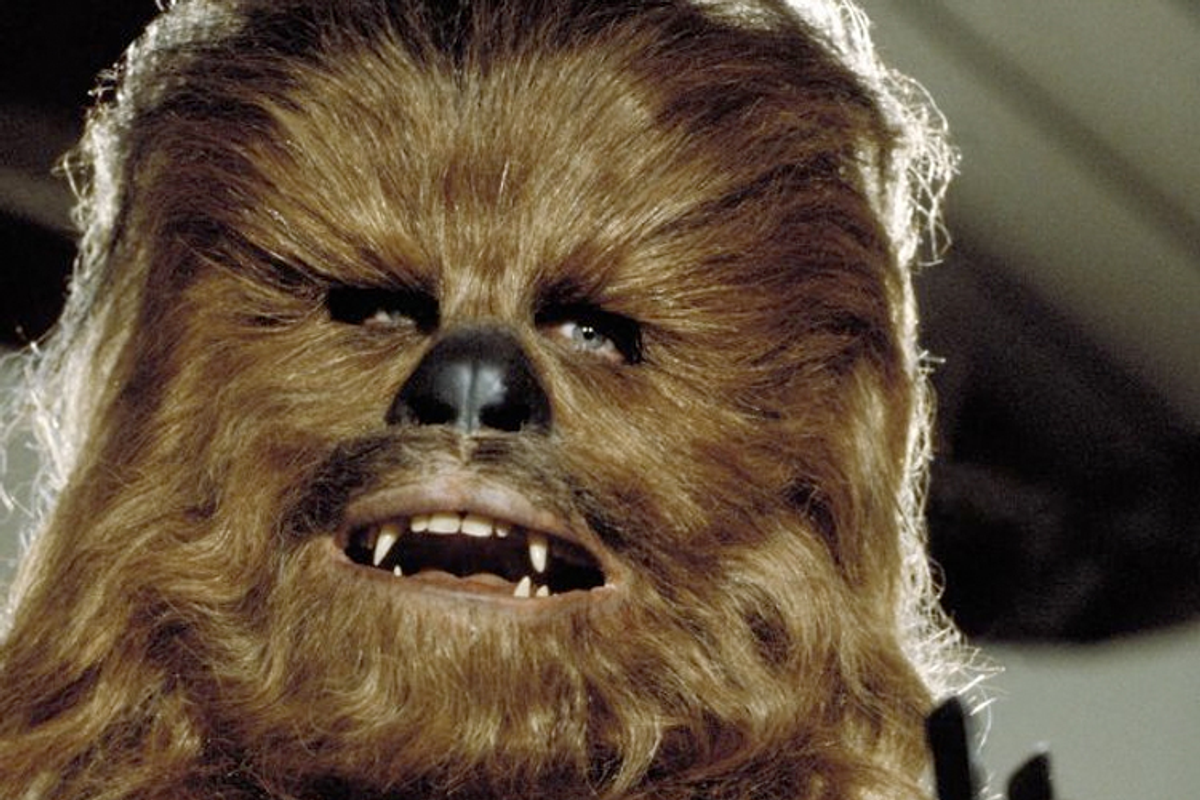 Out of all the icons in the vast "Star Wars" firmament, why is a mostly silent wookiee among the most famous? Think about it -- next to the name Darth Vader, Chewbacca's name is probably the most singularly recognizable of all the George Lucas characters. Say it to almost anyone, and they immediately know who you are talking about. Indeed, if Chewbacca were a presidential candidate in 2012, his name recognition alone would make him an instant contender -- especially in a Republican primary that every day is looking more and more like the gaggle at the Mos Eisley Cantina.

What made Chewy so memorable? Was it his brotherly relationship with Han Solo? Was it his reputation as a tough guy who rips people's arms out of their sockets when he loses a game of chess? These were just some of the questions I explored with Peter Mayhew on my KKZN-AM760 morning radio show during Mayhew's recent appearance at Denver Starfest. As the man who played Chewbacca, the 7-foot-3-inch Mayhew had some unique insights into the character and into the political ideology of the larger "Star Wars" world. He also weighed in on one of the most divisive new debates now roiling the original "Star Wars" generation as it moves into adulthood -- the debate over whether parents should force today's kids to watch episodes IV, V and VI before watching episodes I, II and III.

Here's an edited transcript of my discussion with Mayhew -- you can podcast the full interview here.

Is the world of "Star Wars" a conservative world or a liberal world, in your mind. You don't have to be speaking for Chewbacca, you can speak for yourself.

Speaking for myself, I'd say that it was a conservative world ... Everything is there. Everything is organized. Everything fits into each other. You're looking at a fairy story, basically. I'm not saying that -- there are so many characters. Basically, it's Luke Skywalker's story. It's told by 3PO and R2. Consequently, you see everything through the establishment, which 3PO and R2 are part of.

If you read the books, it will explain everything. Han rescues Chewy. Consequently, he has a debt. That is why they are always together. Working with Harrison [Ford] was one of those good things that even when you had, even when you were on-screen, there was a repartee going on between them. To do that, you have to know a person fairly well. We had a pretty good relationship, which hopefully showed through the movies.

Did you both have to know the back story of those characters?

Not particularly, no. We knew Chewy and Han were partners, but that was about as far as it went because it was a complicated story, if you think about it. You were shooting two different things together. You had the imperial stuff and the rebel stuff all being shot in the same studios, but not the same sets. Consequently you never knew what you were doing. You never shoot the movie the way that it is designed in the script. You move from one thing to another. You could be on the Millennium Falcon talking to Jabba. The next day, you could be in the canteen. You never knew exactly what you were up against.

He was just pure body language, which, when you're on a set with three, maybe four other people, you can't sit there, like a dog. You have to react to it. What is the first thing that you are going to do? You are going to look at the person who is talking and listen to them. It's a mere fact that the eyes play a big part. As well as the head and the body angle, all the body stuff. And having a unique walk, like I've got, that sets your character up, first of all. It's something we got together with George. I thought, well, we're going to make changes. Never did. So Chewy stayed, virtually from day one, to what he could do. Right through all the movies.

Why, out of all the great characters in "Star Wars," do you think Chewbacca is among the most famous?

Because he is a safety net. He's your the guy next door. He's your big brother. He's secure. Something you know you can count on if you get into trouble. There are two ways that Chewy goes. Usually, that way fast. Or, if he stands and starts tearing arms off, you're going to get bloody. I've had lots of people come up to me with little [Chewbacca] dolls, the 3 ½ inch dolls. [They say] "This is my security blanket." This has got me through whatever emotional thing that they were going through.

There are all these references to Chewbacca being this guy who can rip people's arms off, but you never see actual evidence of that. Did you assume at some point that there would be a scene where Chewy would have to go medieval on somebody?

Not really, because it was the way George described it. He would develop his own character. That's basically what I did. He can't stand around, sit around, without moving, to be a character. It just naturally took its own course. Luckily, people enjoyed it.

Nope. I enjoy it. I think I've got the best job in the world. I know what I'm talking about. Having been there, done it. I can talk to people. I get to travel, get paid for it. It's one of those crazy things that you would never have expected to go on this long.

There are a lot of great movies out there, but there are almost no movies that last in the popular imagination as long as "Star Wars." What's your theory on why it's lasted so long?

Why do you think that the new three haven't done as well as the first three?

With me being a father with a 5-month-old child, we're having a debate in our household. When my son is ready to see the "Star Wars" movies, do we show him IV, V and VI to give him the experience I had, or is that selfish and I should go I through VI?

That's a good question. I would probably go I through VI. Because each one is an individual story. All six can be seen as an individual story, and you sum them together and you got the double drill. If you start him on I. And he sees that. If he gets fed up with that, you can move him along to the next one. Which is the same characters. His mind will be full of those particular characters. And you can explain to him how it happened and how it's done.

Obviously, there is a lament for IV, V and VI. Which are far better, in my opinion, than any of the others. Because you're more or less with the characters of IV, V and VI. Where you come into I, II and III, and you've got a schoolboy and two Jedis, it works, but the story is very vague, narrow. Whereas with IV, V and VI, it's all contained. And I, II and III are all CGI-ed. That makes a big difference.

Do you think there are more "Star Wars" movies to come?

They are talking about it. With the success of "Clone Wars," I would imagine that there would be more "Stars Wars." Probably going to 3-D or television. Maybe even a combination. It'd be great to see Chewy punching in 3-D.