When animal owners love too much

Slide show: We talk to the man behind "Pets Who Want to Kill Themselves" about the sad hilarity of dogs in dresses 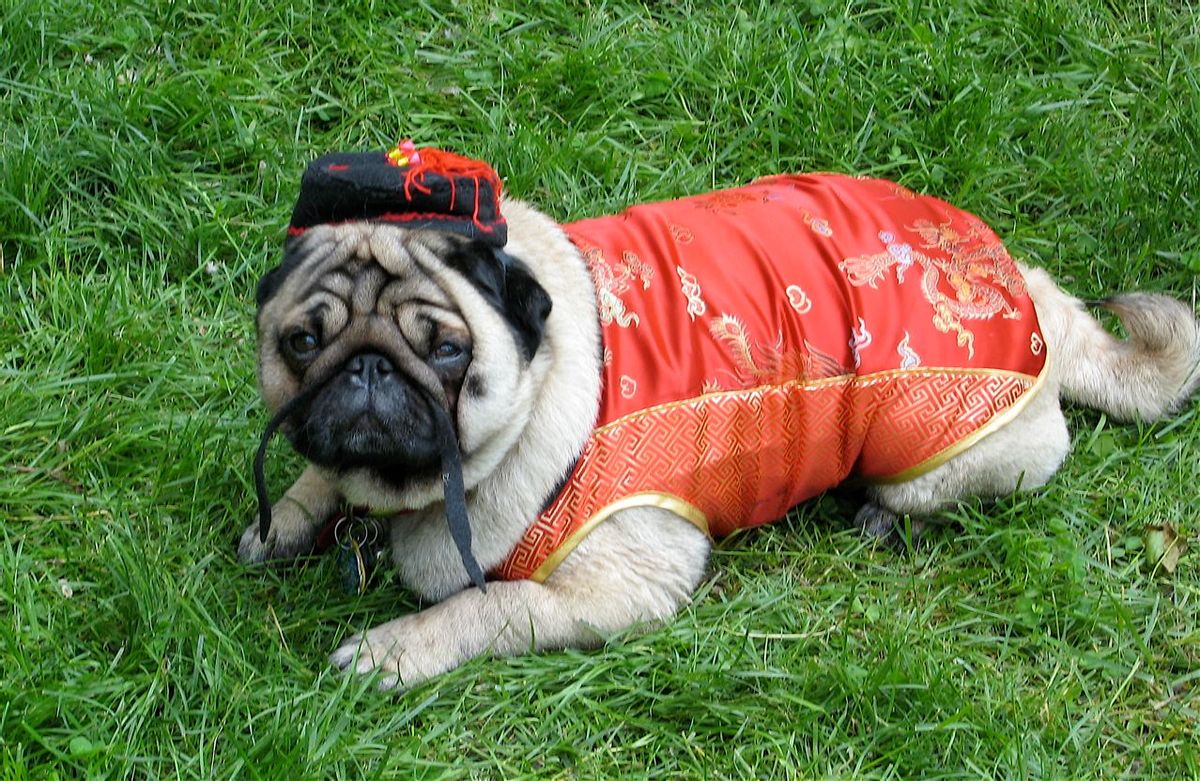 Duncan Birmingham, the creator of the popular Tumblr-cum-book "Pets Who Want to Kill Themselves," wants you to know he loves animals. He even has a newly adopted stray named Snax, so he's not the Dr. Kevorkian of puppies the title of his photo-based blog might suggest. Instead, Pets Who Want to Kill Themselves is a celebration of animals who are "over-loved," as Duncan puts it -- whose owners feel the need to dress them in ridiculous outfits and wigs and pose them next to babies or Christmas trees.

Despite being one of the first Tumblrs to grab a book deal (with Random House in 2009), Duncan's interest in posting these photos on the Internet hasn't waned. That's dedication. We emailed him recently to grill him on which animal faces the highest risk of becoming "suicidal," and why owners put their dogs in leather chaps.

How did you come up with Pets Who Want to Kill Themselves?

I felt like there was a serious lack of stupid shit about animals on the Internet; I saw it as my duty to fill that void. But seriously, I got a Christmas card with a couple I know posing between their dog who was all dolled up in antlers and a holiday sweater and looking like he wanted to eat their faces off. It seemed like something that was too good not to share with the world.

What were the initial reactions to the blog? Were some people angry about animal cruelty? Were people submitting photos in the beginning, or did you find these photos on the Internet?

The first few photos I found on the Internet, but the title quickly attracted attention on Tumblr and people started sending me their own twisted photos within the week. As far as angry reactions, there were a few. This woman didn't like the caption I wrote implying her Maltese liked having orgies at the dog park and she sent me a fairly nasty email, but most people are in on the joke. The Pets Who Want To Kill Themselves ethos is that I like to poke fun, but deep down I know that pets who are dressed-up, toted around in baby backpacks and groomed into Ninja Turtles are probably the most beloved pets of all. When looking for the perfect photo submission, the term I use is “over-loved.”

Out of the hundreds of examples, do you see variations in the pets? Maybe some are suicidal, some just put out, or just embarrassed for their owners?

By now I've received thousands of photos from all over the world and no two are the same; they're like snowflakes ... adorable little snowflakes dressed up like Spider-Man or Lady Gaga. I get many photos I'd argue transcend all definitions and can really only be described as "art." I get ironic photos usually taken when someone is either very high or very bored or both.

My favorite photos are usually ones that include the owners, and then there's the occasional blurry photo of a dog licking its behind, which of course I save for when I start Dogslickingtheirbutts.com.

What do you think possesses owners to dress their pets up in humiliating costumes?

We love the hell out of our pets. And as Americans that's what we do when we love someone, we shower them with stupid crap. Gandhi said, "The greatness of a nation and its moral progress can be judged by the way its animals are treated." Every time I get a submission with a dog dressed as Sarah Palin or a cat carried in a Baby Bjorn, I get the urge to salute because I know America really is No. 1!

Plus, dressing your pets is soooo fucking cute.

Which want to kill themselves more, dogs or cats? Other?

Dressing your dogs is a sport, but dressing your cats is an art. I'll say cats all the way.

"Pets Who Want to Kill Themselves" (the book) is published by Random House, and available for sale online.