"Real Housewife" gives up stripping, but not the spotlight

Danielle Staub says she's getting help for her emotional issues -- but is it just another stunt for attention? 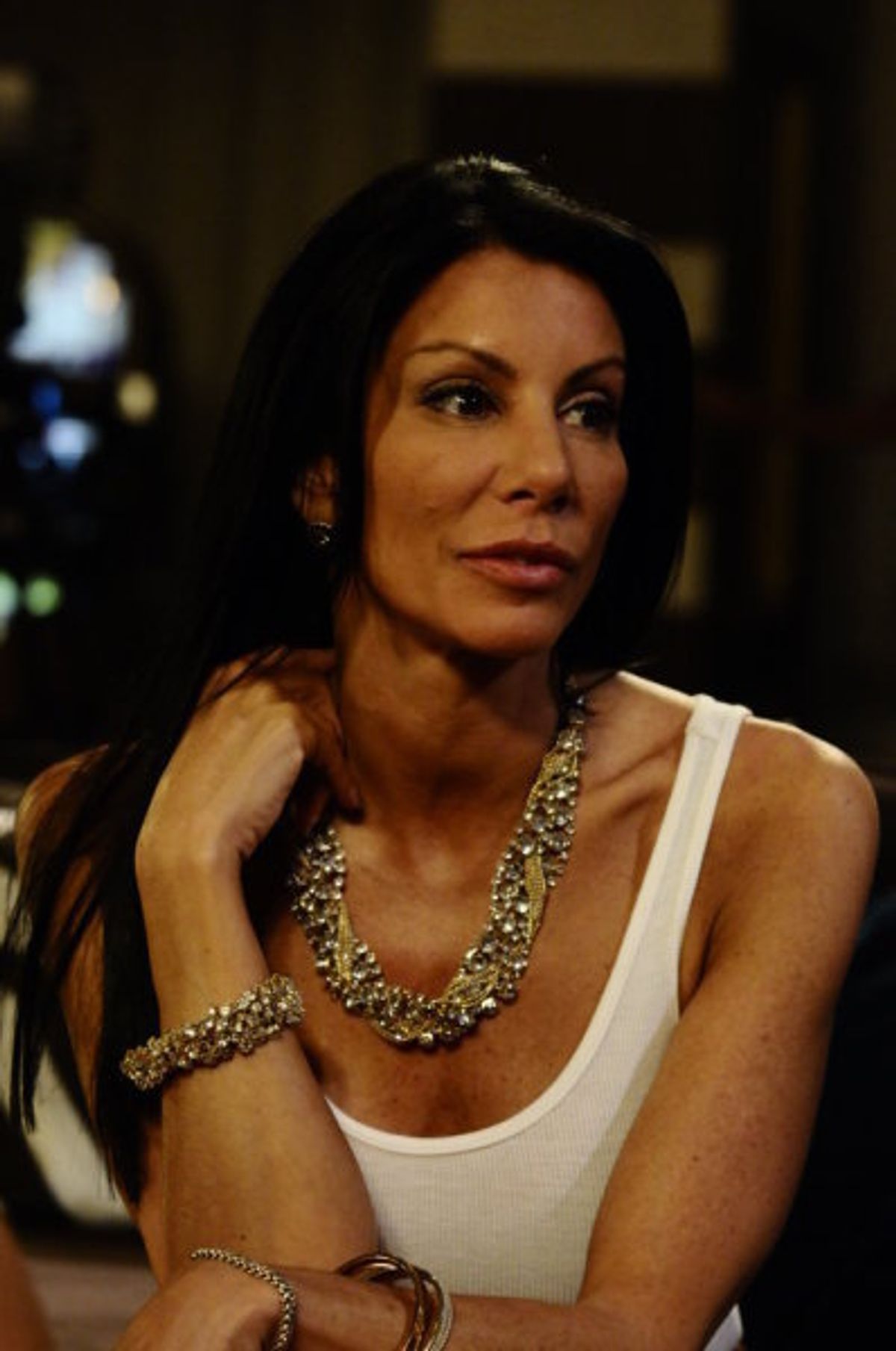 When Danielle Staub announced Wednesday she was quitting her stripping gig to seek help for her emotional issues, reactions ranged from "Who knew she was stripping now?" to "Who's Danielle Staub again?" Allow me.

The 48-year-old mother of two daughters -- best known for her Teresa Giudice-bating antics on "The Real Housewives of New Jersey" -- has, like vast hordes of reality stars before her, kept herself in the public eye over the past few years through a variety of stunts and ventures. Last year she released the prophetically titled memoir "The Naked Truth," had the inevitable sex tape scandal, left "Real Housewives," and briefly reinvented herself as a quasi lesbian chanteuse.

Then, this week -- in a move that somehow coincided with the season premiere of the now Staub-free "Real Housewives" -- the news came that Staub, who celebrated her last birthday at Scores, had signed a three-year contract with the famed gentleman's club to perform "raw and fully uncensored" for its clubs and Web site.

But when photos of Staub enthusiastically working the pole predictably emerged, the former housewife had her aha moment, and, as she says, "walked away." Staub, who has been open in the past about her prior history as an exotic dancer and escort, told People in a statement Wednesday that "My low self-esteem derived from childhood sexual abuse has messed with my mind and self-worth, and over the years I thought about getting help but pushed it deep into the depths of denial. For years I have had the suicide hotline on my cell phone and would like nothing more than to free myself from this constant pressure. Seeing how I have hurt myself and my family this time, I can no longer push it behind me."

There is, should you choose to view it, a nine-plus-minute clip of Staub shimmying off her pushup bra, miniskirt, and thong on the Scores Live page, right above an invitation to judge whether "you feel Danielle Staub is hot enough to be a Scores dancer?" Trust me when I say, there isn't anything about that full vulva-cam video, the accompanying text, or the comments underneath that will do anything to alleviate Staub's admitted low self-esteem.

Staub says she was "coaxed" into doing the Scores gig, but God knows she wouldn't be the first woman in adult entertainment to say she was sexually abused. And it's clear that Staub, who wrote in her memoir of being molested in her bed as a child by a "relative or family friend," is still working through her traumas.

The future prospects for Staub, who was recently named part of the reality cast from hell for a restaurant-themed VH1 series featuring Heidi Montag, Jake Pavelka, and Ashley Dupre, are still up in the air. That she's seeking help can only be a good thing after all the obvious pain just beneath the diva act and ass grinding. No one deserves to have a suicide hotline on her speed dial. But she's not quietly retreating for some time out of the spotlight and therapy. Instead, she's done what any former reality star might do when faced with a personal crisis. She tells People she's sought out help from none other than a fellow VH1 star  -- "Celebrity Rehab" host Dr. Drew Pinsky. She may no longer be dancing, but don't expect Danielle Staub to stop thinking of her next move.