Is this the new boss of "The Office"? 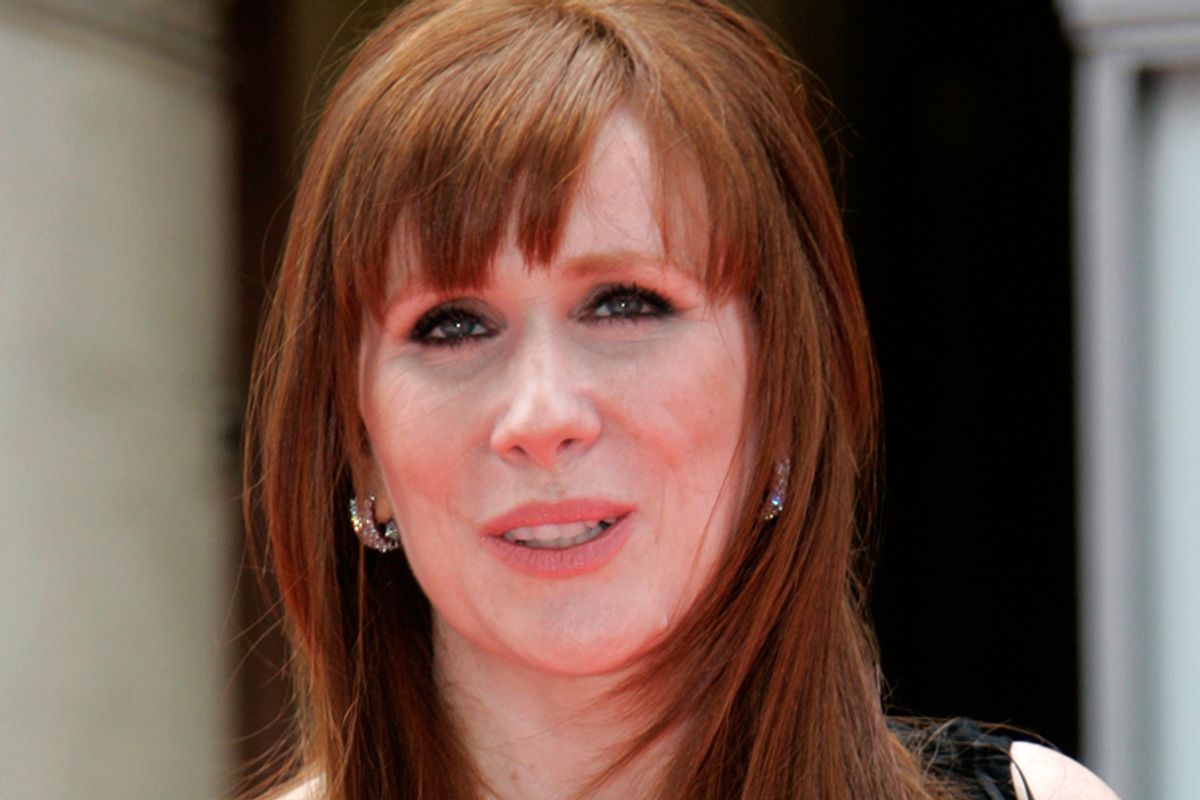 Stage and screen actress Catherine Tate, costar of "Doctor Who" and an eponymous sketch comedy show, is said to be the frontrunner to replace Steve Carell on "The Office."
--

On NBC's "The Office," the Scranton branch of the Dunder-Mifflin paper company is embroiled in a heated search to replacing outgoing boss Michael Scott. Offscreen, though, the job may already be filled by British actress Catherine Tate.

The Hollywood Reporter claims Tate is the frontrunner to take the lead on the long-running sitcom. She's best known stateside for playing the title character's assistant on the David Tennant edition of "Doctor Who" and the Queen of Lilliput in the misbegotten 2010 film of "Gulliver's Travels," opposite Jack Black, but she's got a long resume in the U.K. as a comedian and character actress. She starred in the acclaimed sketch comedy series "The Catherine Tate Show" and is currently acting opposite David Tennant in "Much Ado About Nothing" at London's Wyndham Theater.

Tate will appear in tonight's installment of "The Office," a "search committee" episode that also includes appearances by Jim Carrey, Ray Romano, James Spader and Will Arnett, all of whom play wannabe-replacements for Michael.  The Hollywood Reporter calls Tate "the top choice of the show's producers, though her ability to take the job is in question due to her current theater commitment."

I've previously written that I don't really see the point of continuing "The Office" after Carell's exit. He was the anxious soul of the series, and his character's jerk-to-somewhat-nice-guy arc felt credible and complete when he strolled into the sunset -- okay, into an airport terminal -- at the end of the April 28 episode. But since NBC is determined to keep this cash cow going, it's better to fill the lead role with somebody who has no strong prior associations in the United States beyond the cults of "Doctor Who" and British comedy.

Whatever their strengths and weaknesses as actors, the other "applicants" on tonight's show are big-name American film or TV stars who are probably not serious contenders to replace Carell. And even if they were, they have such strongly defined, pre-existing personas that it's hard to picture them blending into the current cast. It would be tough to look at Spader, for instance, without picturing a moment from one of his many sexually perverse film roles, or the inscrutable deadpan smirk that served him so well on "Boston Legal." And Will Ferrell's overqualified guest shots on recent "Office" episodes were just too big and cartoony, too much like sketch comedy riffing. It would be smarter to go with a versatile unknown quantity like Tate. Plus, putting a woman at the center of the action might kick "The Office" out of the male self-pity groove that it settled into during later seasons. (Though if the producers want to cast a female in the lead, I like TV Guide writer Damian Holbrook's suggestion of  Parker Posey, a veteran of Christopher Guest's improv mockumentary films and a recent guest star on NBC's "Parks and Recreation.")

What do you think? Is Tate a good choice?  Would Parker Posey or some other wild card pick be better? Should "The Office" promote from within and cast Ed Helms, Craig Robinson or Rainn Wilson, all of whom are still in talks to replace Carell? Or is the show incapable of reinventing itself no matter who gets cast?