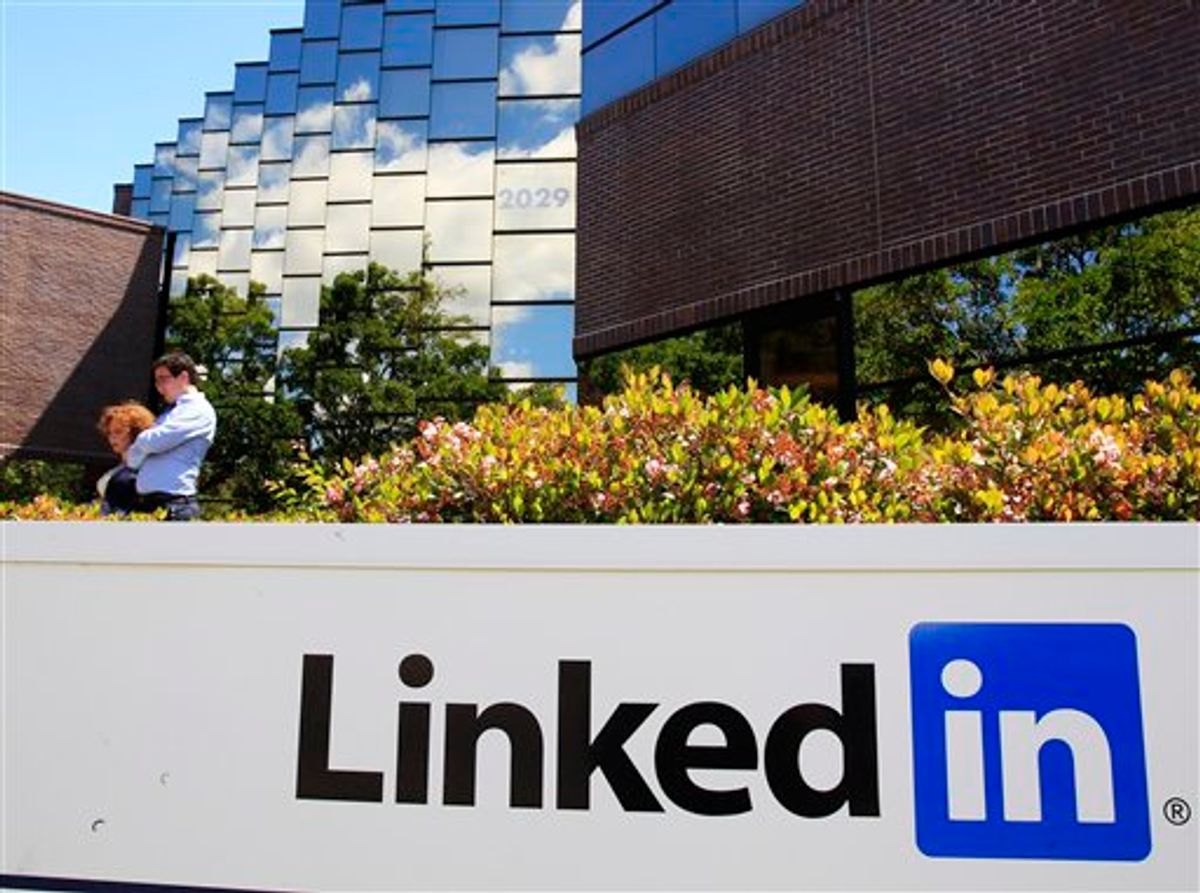 LinkedIn's stock is surging in its market debut, opening at $83 because of huge investor demand. The stock is up about 90 percent at $85 in its first minutes on the New York Stock Exchange.

LinkedIn Corp. priced its initial public offering at $45 per share, about a third above the initial range of $32 to $35 per share.

The Mountain View, Calif., company is the first major U.S. social networking company to go public. It had raised $353 million Wednesday night in an initial public offering that valued it at $4.3 billion. That's the largest valuation for a U.S. Internet company since Google went public in 2004.

The company's service helps businesses find new employees and promotes networking among the more than 102 million people that have set up profiles.