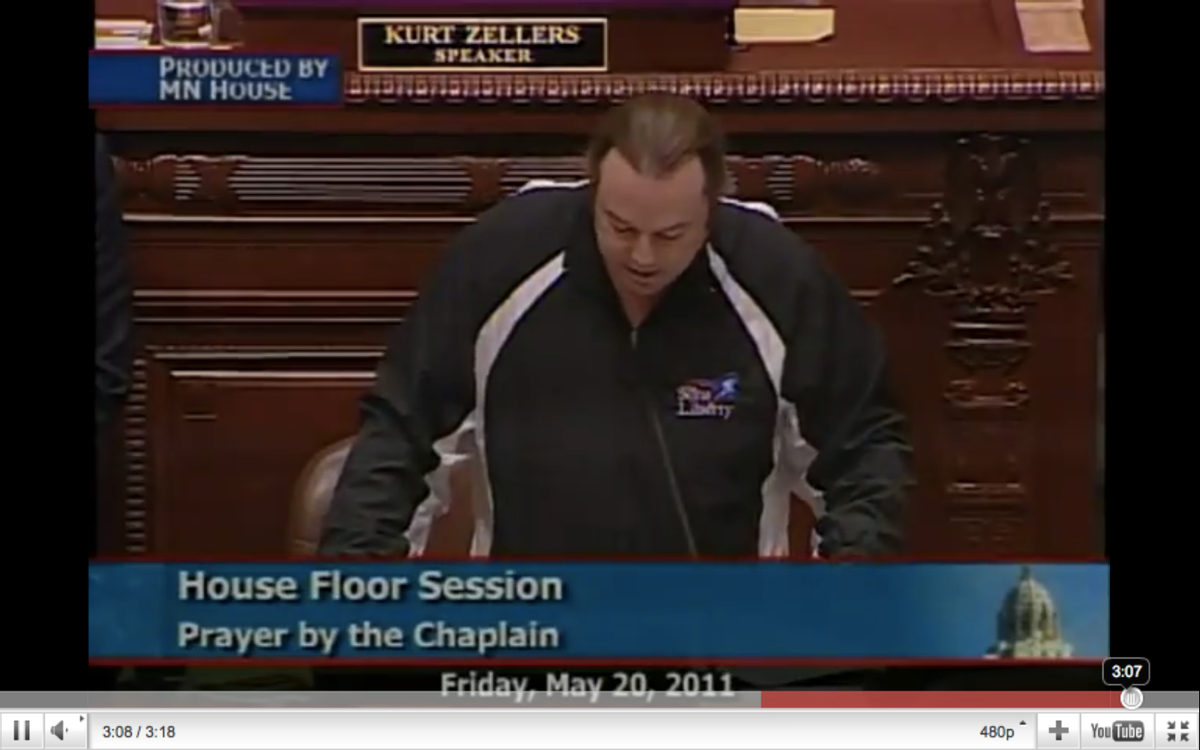 Bradlee Dean delivering a prayer on the floor of the Minnesota House.
--

Bradlee Dean, founder of You Can Run But You Cannot Hide -- a Minnesota-based ministry that targets public school students with its evangelizing "shock treatment" -- made news earlier this week when Mother Jones drew attention to his "unlikely but powerful alliance" with Michelle Bachmann.

Today, Dean (who claims, on his website, to be "ordained as a minister both nationally and internationally" -- as well as "a graduate of the Institution on the Constitution") delivered the opening prayer for a session of the Minnesota legislature, which is currently considering a constitutional amendment against gay marriage. Read the provocative ending of the prayer -- complete with a baseless claim about President Obama's religion -- for yourself:

The Republican Speaker of the House, Kurt Zellers, was quick to denounce Dean's remarks, telling his House colleagues: "Members, I can only ask for your forgiveness. That type of person will never ever be allowed on this House floor again as long as I have the honor of serving as speaker.”