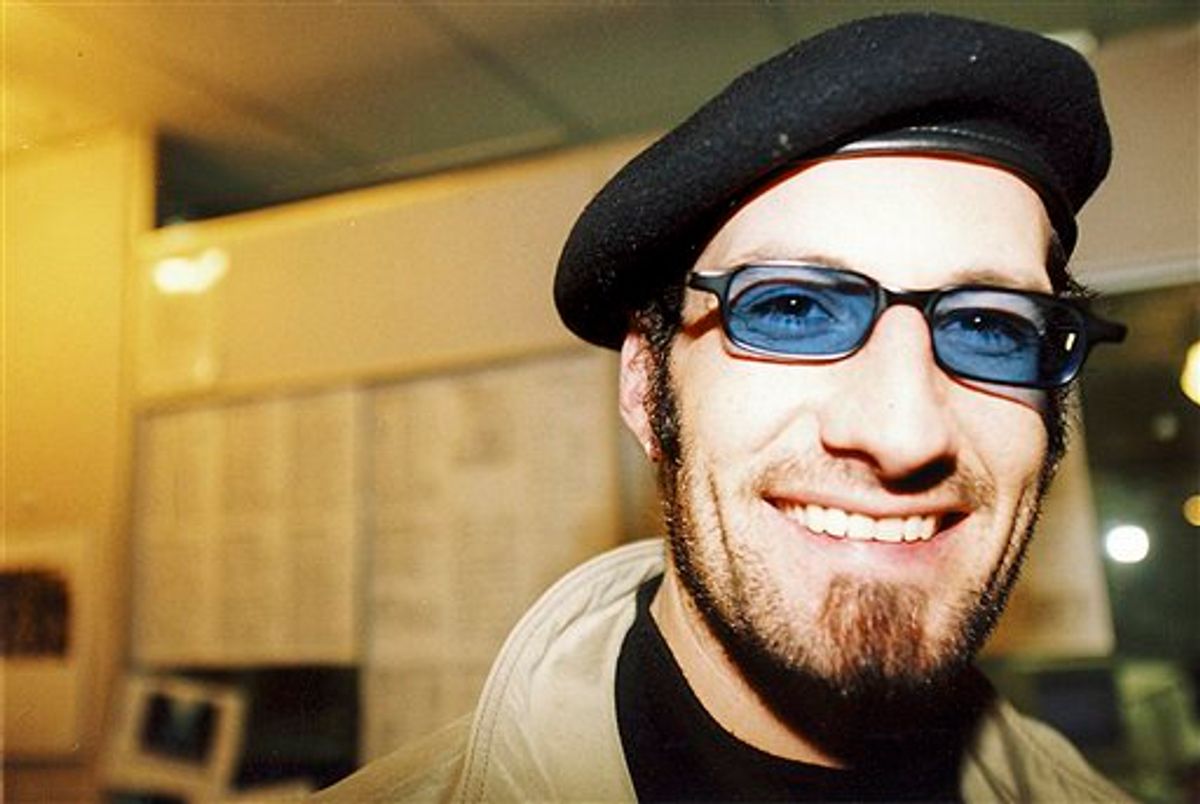 FILE - This undated file photo shows photojournalist Anton Hammerl, who has South African and Austrian citizenship and went missing in Libya in early April 2011. Hammerl's family says they now believe he was killed in the Libyan desert by Moammar Gadhafi's forces. Family spokeswoman Bronwyn Friedlander tells The Associated Press that journalists recently freed by the Libyan regime reported that they were with Hammerl when he was shot in a remote location on April 5. (AP Photo/Saturday Star - Independent Newspapers Ltd, File) SOUTH AFRICA OUT (AP)
--

The family of missing South African photographer Anton Hammerl said Friday they now believe he was killed in the Libyan desert by Moammar Gadhafi's forces.

News of Hammerl's fate came after Libya released journalists who were with him when they came under attack on April 5, said family spokeswoman Bronwyn Friedlander. Hammer suffered a wound to his stomach, she said.

"We believe that his injuries are such that he would not have survived without immediate medical attention," Friedlander said. "It is incredibly cruel that they (the Libyans) have been telling us that they had him."

Hammerl was initially reported to have been captured by Gadhafi's militia near the eastern city of Brega, together with Americans Clare Morgana Gillis and James Foley. Spanish photographer Manuel Varela, who also worked under the name of Manu Brabo, was also detained that day.

Gillis, who freelances for The Atlantic and USA Today and Foley, who writes for the Boston-based news agency GlobalPost were freed earlier this week. They informed the family that they were with the photographer when they came under attack.

"Anton cried 'help,'" and told them he had been hit, Friedlander said.

There was more fire on the group, but they heard nothing more.

"Words are simply not enough to describe the unbelievable trauma the Hammerl family is going through," they said in a statement posted on Facebook. "From the moment Anton disappeared in Libya we have lived in hope as the Libyan officials assured us that they had Anton."

The family said they now believe the government knew Hammerl's "fate all along and chose to cover it up."

The photographer's colleagues have been pressing government officials in South Africa to pursue information about him from the Libyans.

Hammerl, a dual South African and Austrian national who lived in London, has worked for such newspapers as Johannesburg's Star, which has been publishing his photo daily to ensure his case was not forgotten.

Colleagues also have held candle light vigils and demanded talks with the foreign minister, who had planned talks later Friday.

National Press Club chairman Yusuf Abramjee was quoted as telling the South African Press Association that "Anton will always be remembered as an outstanding photographer and a good human being. The news is devastating.

"Our prayers and thoughts are with Anton's family, friends and colleagues," Abramjee said. "To the Hammerl family, please accept the condolences of the entire media fraternity."

The 41-year-old journalist and his wife, Penny Sukhraj, have two boys, a 14-week old and a 7-year-old.