It's the "Downfall" video the meme was made for! 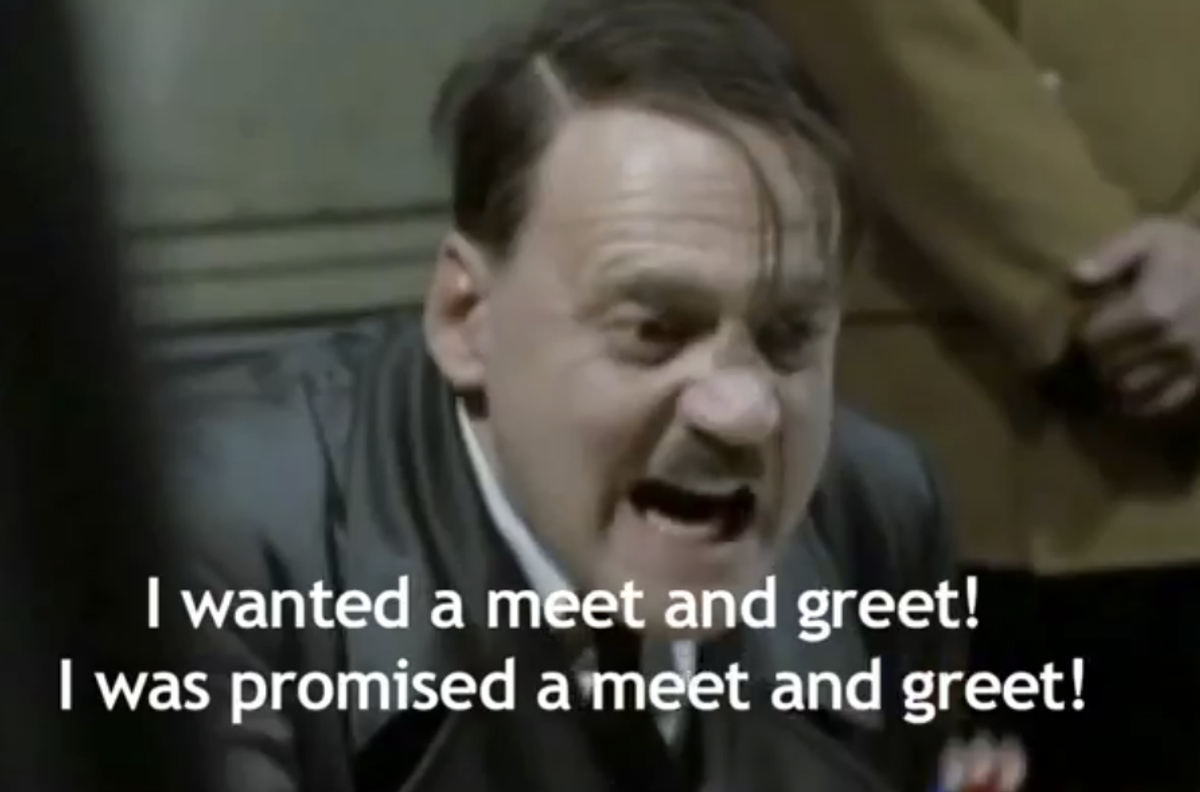 A still from "Hitler reacts to Lars Von Trier"
--

But of all the classic moments containing the portentous phrase "Mein Führer," surely the one for which the meme was created dropped Thursday, when Hitler found out that "Melancholia" filmmaker Lars von Trier had been banned from the Cannes Film Festival after making some unfortunate comments about "the Nazi aesthetic." Apparently not everyone likes a jokey "OK, I'm a Nazi," maybe in particular people whose country was occupied by Nazis.

But you know who would like the Nazi aesthetic? Hitler! So, sure enough, today you can enjoy a dramatic rendering of how outraged the Führer would be to learn that his little jaunt to a film festival in the South of France and a meet-and-greet with a Danish director would be a Dogme 95-free affair. Oh, the anguish of "the only man in Germany to understand the symbolism of the missing buildings in 'Dogville'"!

Sure, it's offensive -- the great dictator apparently has a masturbatory thing for Charlotte Gainsbourg in "Antichrist" -- but you can't deny that Hitler's disdain for those know-it-all French sure feels authentic.