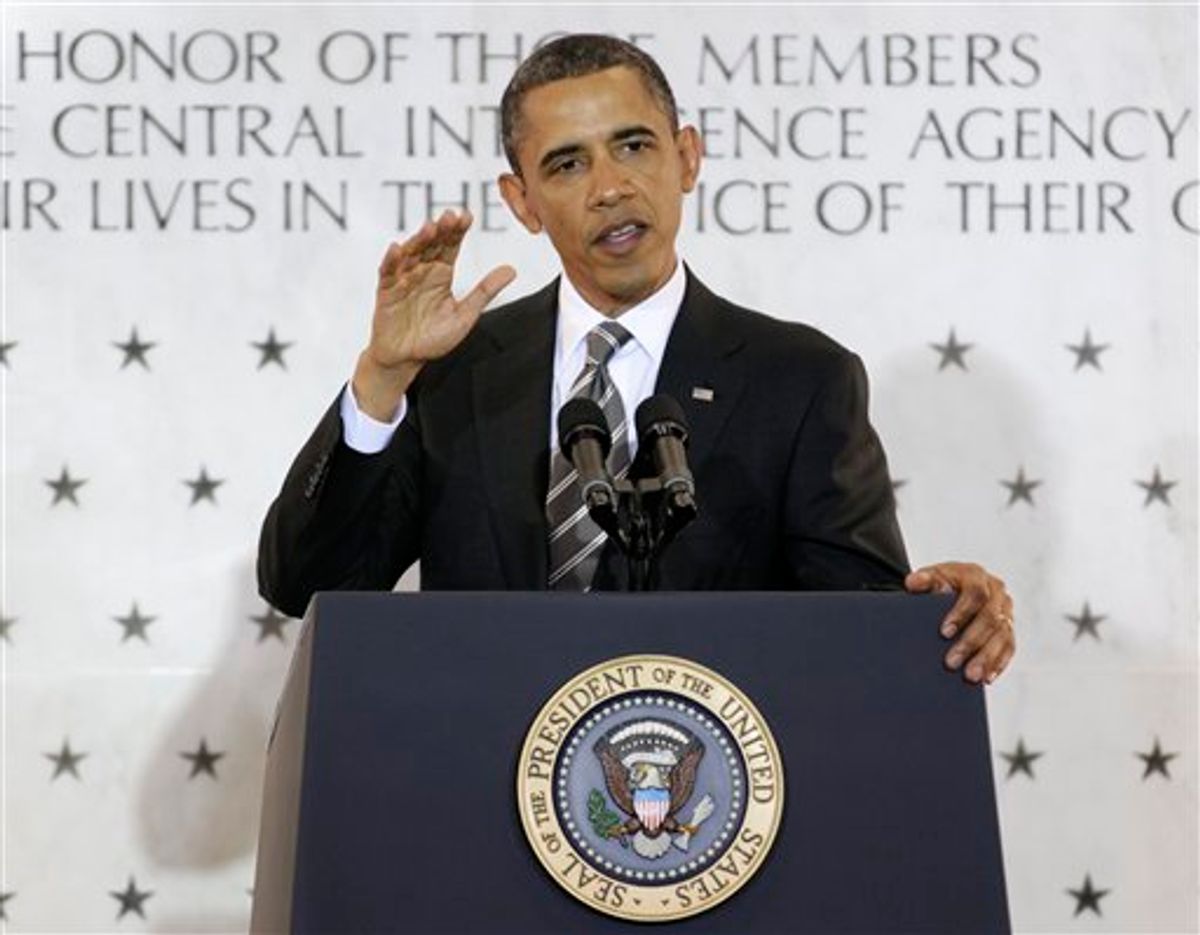 President Barack Obama speaks to CIA employees at the CIA Headquarters, Friday, May 20, 2011 in Langley, Va. Obama congratulated the country's intelligence workers for the years of effort that led to the discovery and killing of terrorist Osama bin Laden. He also thanked them for their daily work in protecting America, saying he'd never felt prouder or more confident about them. He said they're proof that when Americans put their mind to something, "there is nothing we cannot do." (AP Photo/Carolyn Kaster) (AP)
--

The White House is skipping a legal deadline to seek congressional authorization of the military action in Libya -- but few on the Hill are objecting.

Under the War Powers Resolution of 1973 a president can only send troops into combat for 60 days without congressional mandate. That deadline fell Friday, but in absence of pressure from Congress, White House officials say they think they're on solid ground continuing U.S. involvement in the mission, now led by NATO, without formal congressional sign-off -- as long as consultations with Congress continue.