How "The Killing" killed itself

After a strong start, AMC's crime thriller has grown sillier by the week -- and last night's episode was a new low 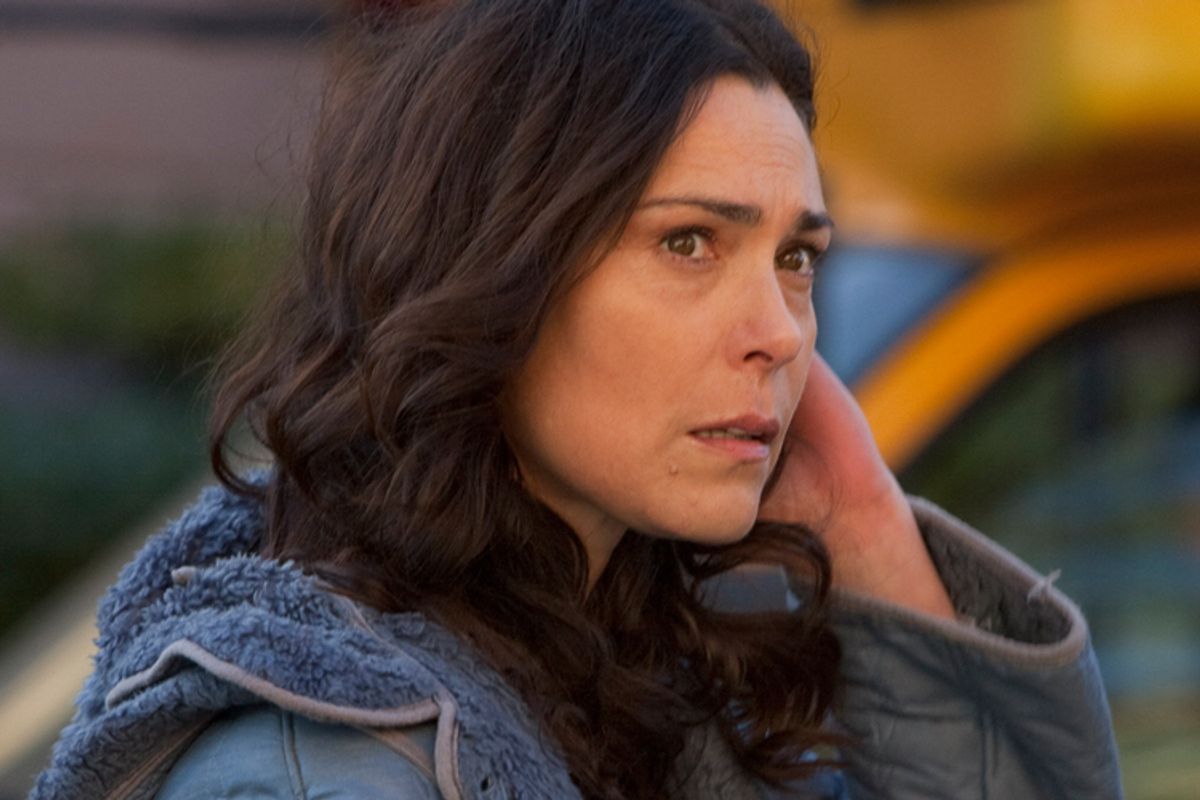 Last night's episode, "Undertow," threw the show's flaws into sharp relief. The terrorism subplot has been a waste of time. Ditto the related scenes dealing with the prime suspect in Rosie Larsen's murder, her Somalian-American teacher Bennet Ahmed (Brandon Jay MacLaren). With the conspicuous exceptions of Fox's "24" and Showtime's "Sleeper Cell," post-9/11 American series have rarely dragged Muslims into crime plots except to chide American jingoism. Sure enough, "The Killing" has gone down that road, too. The to-and-fro over ethics in Seattle's mayoral campaign and Detective Sarah Linden's (Mirielle Enos) workaholic tendencies destroying her home life were almost as annoying as the FBI business. (Spoilers ahead.)

Industry scuttlebutt says that "The Killing" is about to be renewed for a second season, but at this point that sounds less like a promise than a threat. Last night's installment contained two of the dumbest twists I've ever seen in a show that prides itself on being smart.

The first was the revelation that the mysterious Muhammed did, in fact, help abduct the Muslim girl Aisha, not for purposes of molestation or murder, but to save her from genital mutilation prior to an arranged marriage. That "The Killing" would toss off a twist like this suggests a racist mentality more troubling than anything explored in the show's pat images of discrimination against Seattle's Muslims. Female genital mutilation is a political and cultural powder keg that deserves to be placed at the center of a series, or at least a multi-episode arc within a series, rather than treated as a handy way to strike a character from a list of murder suspects.

The other twist was flat-out goofy. Flash back to last week's episode: The feds impound evidence from the meat packing plant, and Detective Linden breaks into the back of an FBI van after being warned not to. (The show's cops apparently learned their trade from watching cop shows.) She snaps a cellphone photo of a pink "Grand Canyon" T-shirt in an evidence box and shows the picture to Rosie's mother, Mitch (Michelle Forbes), who says yes, the shirt belonged to Rosie -- that the girl fell in love with pictures of the Grand Canyon in a textbook in ninth grade, and her family bought her the shirt when they visited the park the following summer. "I thought she'd lost it," Mitch says.

This week, Mitch, who's been neglected and mistreated by the police and the media and pushed to the edge of sanity, goes to Rosie's school to return a couple of her books, spots Bennet entering the building a free (for now) man, works herself into a fury, and eggs her husband, Stan (Brent Sexton), into turning vigilante. Stan and his surrogate son Belko Royce (Brendan Sexton III) take Bennet into the woods and savagely beat him. Meanwhile, back at the Larsen residence, Mitch happens upon an identical Grand Canyon T-shirt while doing the laundry. She phones Stan hoping to stop the violence, but she's too late.

Now let's review. In the city of Seattle, population 563,374, police are investigating the high-profile murder of a high school student. At a certain point their case intersects with the FBI's investigation of a local mosque. The mosque members are upset that the cops haven't investigated the recent disappearance of another minor, Aisha. It turns out that Aisha and Rosie both showed up at Bennet's house -- on the same night? -- and promptly disappeared. Both apparently owned the same Grand Canyon T-shirt. Same logo. Same color.

"The Killing" presents itself as a clever, wise, meticulous alternative to the typical murder-of-the-week show. It also wants to be a brazen melodrama that backs itself into narrative corners and then escapes by painting a new door on the wall, Bugs Bunny-style. The two impulses can be reconciled, but not by this series; it's too shallow, opportunistic and scattered. The completist in me feels duty-bound to keep watching through the season finale. But the cockeyed optimist who roots for every new show to be great, or at least good, has checked out.