When I went back into the closet

As a teen, I shouted my gayness from the rooftops. How is it that, as an adult, I find myself lying about it? 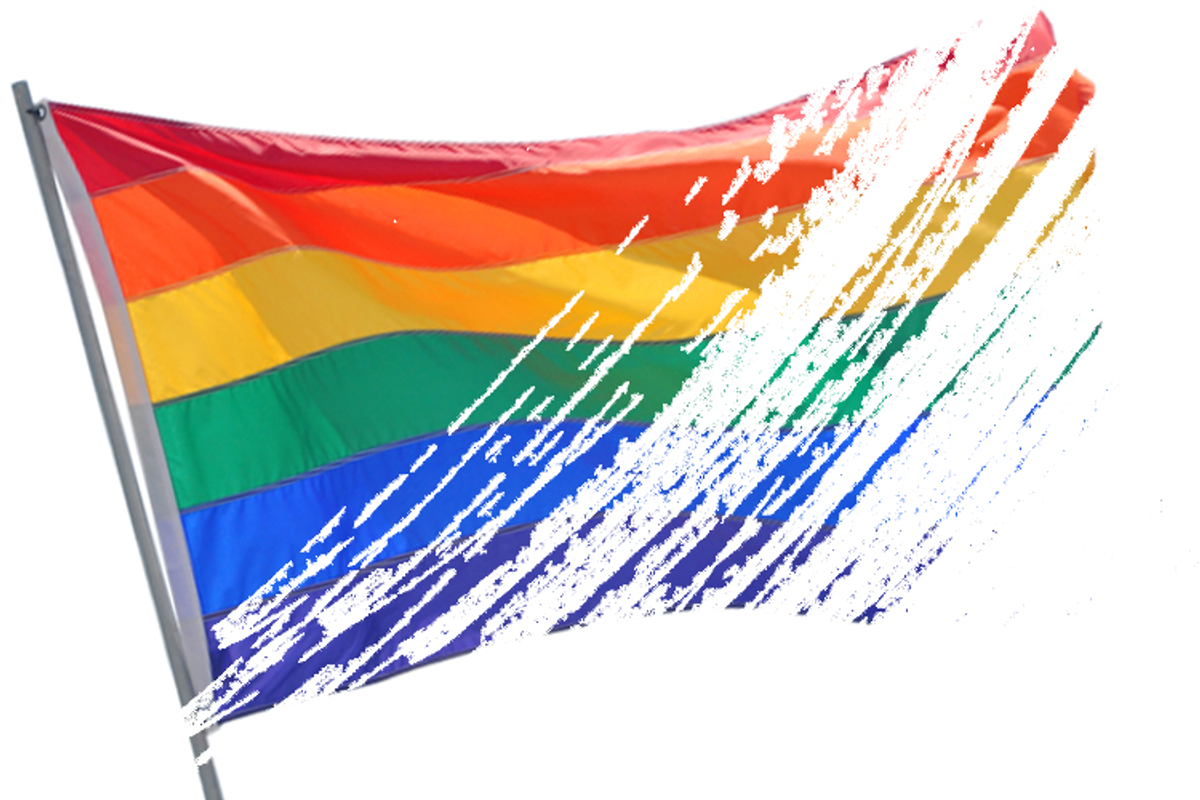 Several months ago, when I was still living in New Orleans, I worked as a family law attorney for a legal aid organization. Trial practice is not as exciting as "Law and Order" makes it seem: Most of the time is spent waiting around, for clients or judges or court reporters or deadlines. On one particular morning, I was waiting in the courtroom for the judge to sign a few divorce judgments and a restraining order when a pro se litigant struck up a conversation. She hoped out loud that she'd filled out all her forms correctly, since her lawyer disappeared after he'd run into a bit of his own trouble with the law over some blighted properties. We engaged in idle chatter about the confusing maze of clerks and offices at the courthouse until, as it often does, the dreaded question came.

"So what does your husband do?" They always notice my ring, a plain platinum band, which I tend to twist absent-mindedly between my right thumb and forefinger during conversation. "Do you have any kids?"

When I was a lonely, angry gay teen, I ached for the time when I could have readily available a reason to come out on a 10-times-daily basis. "I have a wife!" I imagined myself shouting through a megaphone at anyone who asked, within earshot of any random passersby who didn't. "I'm married to a woman, not a man. DO YOU HAVE A PROBLEM WITH THAT?" As a socially isolated loner, my younger self had to make do with the fantasy. If I was lucky, I'd get the chance to answer defiantly when adults asked whether I'd managed to land a boyfriend, but most of the time I had to make do with outing myself at random intervals. Unsuspecting stranger: "Do you know what time it is?" Me: "It's 2:00 p.m. and I'm still a lesbian. DO YOU HAVE A PROBLEM WITH THAT?" I wasn't terribly popular in high school.

Throughout my teens and early 20s, my identity was a fixed point, a perfect six on the Kinsey scale. I was as sure as I was proud. But somewhere around the time I settled down with my wife, then my girlfriend, I grew increasingly anxious about outing myself in casual conversation. It was a gradual shift, beginning with my growing desire to take a pass on outing myself when the opportunity arose and eventually culminating in out-and-out lies of the closet. The self-loathing I experienced over each and every pass on declaring myself, at my failure to come out wherever I was, far surpassed any shame I'd ever felt about my actual identity as a lesbian. Several years ago at Hanukkah I confessed to my wife, practically in tears, that I'd engaged in subterfuge when the woman behind the jewelry counter at Macy's asked whether I was buying a present for someone or shopping for myself. "I lied," I moaned, disgusted with myself. "I told her it was for me." Ann raised one eyebrow and asked what I'd really done. Apparently she does this all the time, just to get out of the store quicker, with absolutely no self-torment involved.

After years of self-analysis with no end to this growing sense that I'm actually beginning to re-closet myself, the only explanation I can come up with is that I got tired of the well-meaning, never-ending follow-up questions. Yes, I said wife. Yes, as in woman. Yes, we're married. No, it isn't legal. Mostly our families accept us, but some of them are assholes. To go, please. Can I have an extra ketchup? I used to dream about the day I could wear my marriage like an ever-waving rainbow-hued flag. Now, I just want to pick out a gift for my wife without having to give every salesperson within hearing range a legal, religious and familial history of our various attempts at formalizing our relationship. I used to feel a great sense of pride in what I perceived as my responsibility to bring open gayness into as many people's lives as possible. The longer I live, the more I feel I've taken upon myself a task of Sisyphean proportions.

So when my new acquaintance in court asked me about the husband and kids, I took one look at her and felt the weight of an enormous boulder pressing down against my tightly folded arms. I'd be waiting for my paperwork at least another 10 minutes, plenty of time for her to interrogate me about every aspect of gaydom, from the origins of my gayness to how my family felt about it to how many cats we hoard. (Two, because my wife won't let me get a third.) That is, that's how the conversation would go if she was friendly and didn't pull the old I-Have-To-Go-Stand-In-This-Corner-Now-Excuse-Me trick, which is far more depressing than the interrogation is annoying. I shifted my eyes back and forth, searching for an escape hatch. Finding none, I looked at the floor and gave my standard monotone answer, bracing for the barrage of questions or stony, judgmental silence. "I don't have a husband. I'm married, but to a woman."

She blinked, startled. "Why'd you say it like that?"

I didn't ask like what. I knew. Like I was ashamed, or expecting her condemnation, or a combination of both. I smiled weakly and said, "I just never know how people will react."

"But why'd you say it like that? Ain't nothing wrong with you. You shouldn't say it like that." She reached into her purse and pulled out her cellphone. "Let me show you my girlfriend," she said, and pulled up some pictures on the display. The two of them got their portraits taken at a local Glamour Shots, in front of a star-studded backdrop. "We're gonna have a commitment ceremony next year, but it's hard. We'd like to get married." I admired the photos and asked some polite questions, but if anything I was even more desperate to get out of the conversation. The small talk died out, and we parted ways.

I wonder if she felt sorry for me. From her perspective, I was a shy, anxious lawyer so clearly hung up on my own insecurities that I couldn't even tell her about my wife with the bursting pride she clearly felt for her girlfriend. I wanted to tell her it didn't used to be this way, that I'd held the banner long enough and that now it's someone else's turn. But maybe her arms are just as tired, and her road miles longer. Who am I to pass the buck, to grow weary of innocent inquiry, to close myself up like a fist around my own solid foundation? To brace myself so fiercely against an anticipated slight that I appear to doubt my own worth?

I can't promise that I'll take up the next random stranger on an open offer to out myself. But if I do, I certainly won't say it like that.