The "frugal" life of Newt Gingrich

Italian vacations, posh Georgetown restaurants, a $250,000 bill at Tiffany's -- is this what frugality looks like? 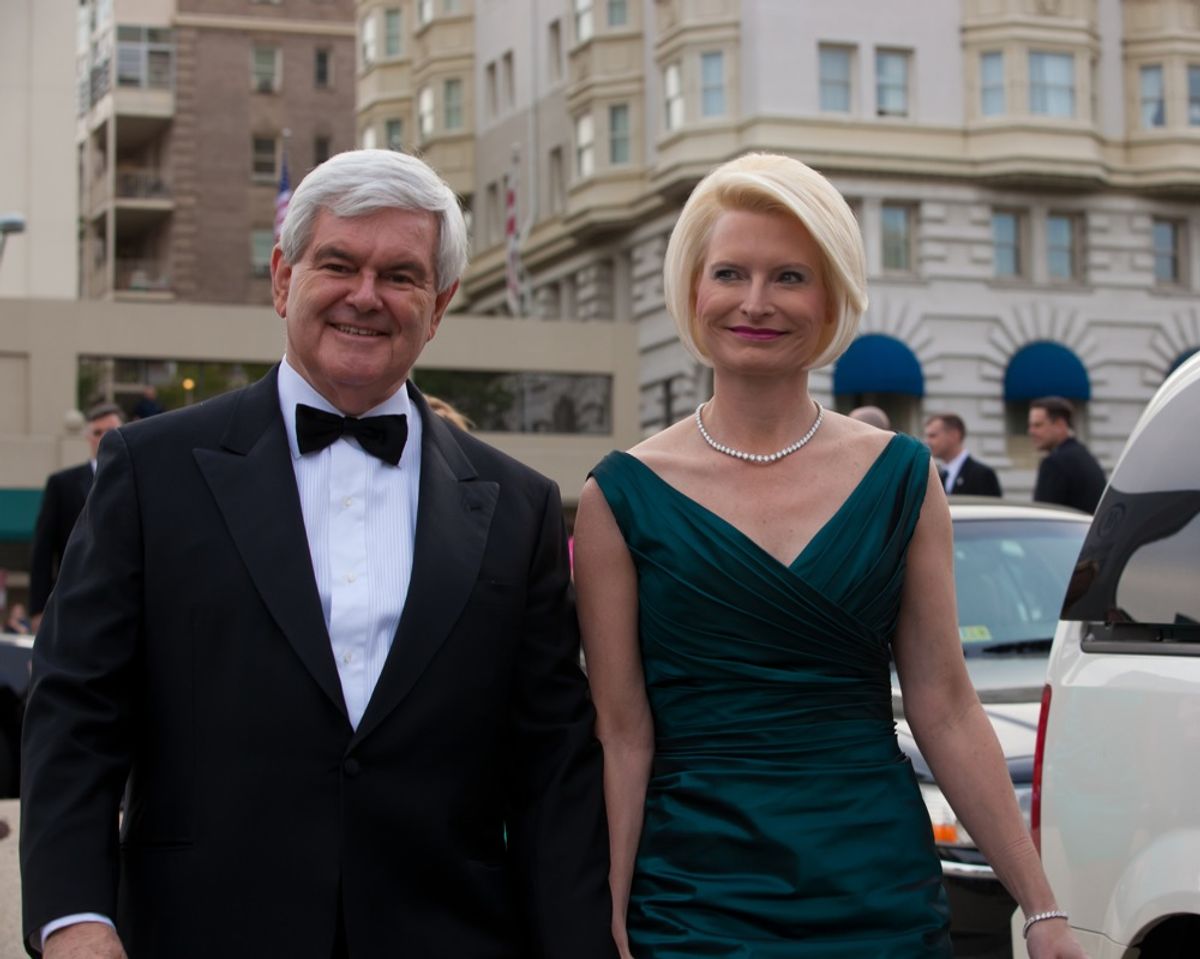 (UPDATED) On Face the Nation on Sunday, Newt Gingrich was asked about the embarrassing revelation that, at one point a few years ago, he owed over $250,000 in a credit account to the jeweler Tiffany's.

"We’re private citizens. I work very hard. We have a reasonably good income. I currently owe nothing except I owe one mortgage on a house that’s rental property in Wisconsin," a visibly annoyed Gingrich said. "Everything else is totally paid for. My home is paid for. My cars are paid for. We don’t have a second house. We don’t do-- you know, we don’t do elaborate things."

He added, "Well, go, you go talk to Tiffany’s. All I’m telling you is we-- we are very frugal. We, in fact, live within our budget. We owe nothing."

The idea that Gingrich and his wife are "frugal" would seem on its face to be at odds with that epic Tiffany's bill. But even allowing for the purchase of an extravagant wedding ring -- or whatever the $250,000 was for, Gingrich won't say -- there are signs that Gingrich lives anything but a frugal lifestyle.

The AP reported last year that Gingrich's travel habits, financed by one of his tax-exempt political groups, are like those of a "corporate CEO":

His flagship political operation, a tax-exempt conservative group called American Solutions for Winning the Future, has spent at least $2.2 million over the past two years on private jets and executive chauffeur services.

Emphasis added. The Wall Street Journal noted that Mitt Romney, who also had a packed travel schedule in that same two-year period, spent a mere $275,000 by flying commercial.

Gingrich also owns a million-dollar home in the Washington suburb of McLean, Virg. According to tax records, Gingrich bought the 5,200-square-foot home for $995,000 back in 2000, and it was recently assessed at about $1.1 million. It has five bedrooms, four-and-a-half bathrooms, three fireplaces, a porch, a deck, and an attached garage. (Aerial shot here.)

Gingrich also acknowledged on Face the Nation that he owns a "rental property" in Wisconsin, his wife's home state. It's not clear where that property is.

Now, compared to say, John McCain's home count of at least eight, Gingrich's situation is downright modest. (McCain famously forgot how many homes he owned -- bought with his wife's beer distribution fortune -- in the late days of the 2008 campaign.)

But there are other signs that Gingrich lives a life that the average American would find luxurious. He was, for example, "spotted" in April dining in a private room at Café Milano, an upscale Italian restaurant in the Georgetown neighborhood of Washington.

And here is Gingrich and his wife Callista posing for a picture last year with jet-setter Arianna Huffington, whom they bumped into in the Italian resort town of Amalfi. On that same vacation in the region south of Naples, the Gingrichs were seen dining at "La Sponda, the chic restaurant at Le Sirenuse, an 18th century palazzo turned 5 star hotel," a D.C. gossip site reported.

There's surely a lot more like this. From a purely political perspective, with the unemployment rate hovering near 10 percent and millions of Americans feeling serious economic pain, it seems like a bad move for Gingrich to invite scrutiny of his "frugal" lifestyle.

UPDATE: Reader DB points out that, in a photograph for a New York Times Magazine cover story a couple years ago, Gingrich appears to be sporting a Patek Philippie Calatrava model watch. See here. Those retail for $15,000 to $20,000.