The Ryan budget is now officially a catastrophe for the GOP. Was this the White House plan all along? 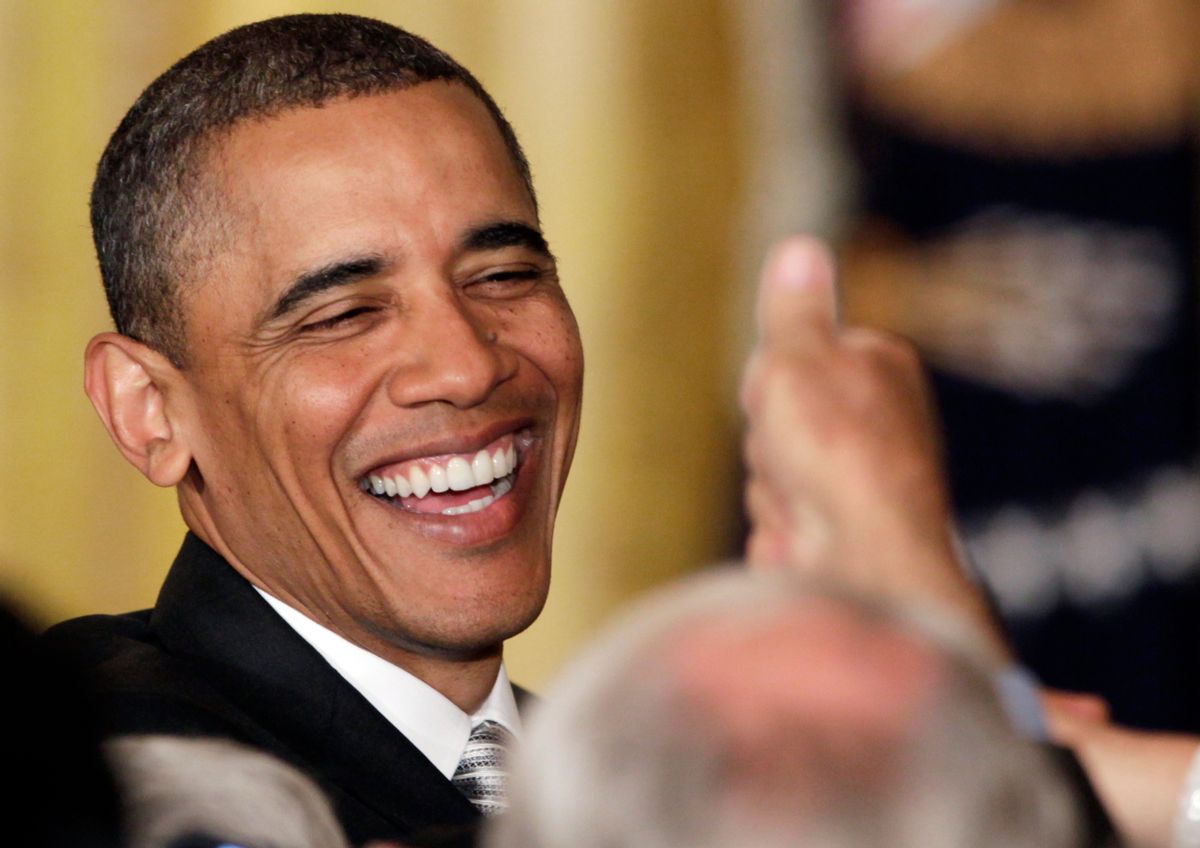 When a mainstream news outlet like Politico publishes a major news story quoting multiple (unnamed) Republicans asserting that the House GOP ignored internal criticism of Paul Ryan's plan to privatize Medicare, we can be sure of at least one thing: The Ryan budget proposal has moved beyond dead-on-arrival status to pure political poison.

Of course, we didn't need the wave of anonymous sources now bravely surfacing to tell us this. It was immediately apparent in the town hall denunciations aimed at Republican congressmen in the aftermath of their vote to pass the Ryan budget, the shocking surge of the Democratic congressional candidate in a heavily conservative New York special election, and even Newt Gingrich's (quickly disavowed) labeling of the plan as "right-wing social engineering." As numerous commentators have pointed out, if anyone should have known better, it was the newly elected Republican legislators who lambasted cuts to Medicare in the Affordable Care Act on their way to victory in 2010. Medicare is the third rail in American politics. Touch it too carelessly and you will get electrocuted.

If we step back and consider how this whole drama played out it is tempting to wonder whether what we have just witnessed is simply an astounding example of Republican overreach -- an unforced error of catastrophic proportions -- or whether clever White House tactics actually shaped the outcome.

When the Obama administration released its 2012 budget, critics immediately pounded on the White House for failing to include a plan to deal with long-term entitlement costs. At the time, some of us thought this was unfair, since the Affordable Care Act incorporated concrete steps to rein in rising healthcare costs, which, practically speaking, is significantly more than any other recent administration has achieved in terms of grappling with long-term entitlement spending trends. But our voices were drowned out by the deficit hawks, and the clamor grew even louder when Paul Ryan seemed to steal a march on Democrats by releasing his own, much more far-reaching budget.

Only then did Obama release a plan of his own, in his April speech on the deficit, while simultaneously landing some lethal blows on Ryan's Medicare plan. Grumpy conservatives immediately labeled Obama's speech as "hyperpartisan" and the House GOP rallied en masse to vote for the Ryan budget, but the GOP has only itself to blame for inviting such a harsh reaction -- especially if the Politico reports on the negative internal polling numbers generated by the plan are true.

Did Obama sucker punch the GOP? By letting the Republicans go first, led recklessly into the breach by Paul Ryan, an Ayn Rand fan who could be counted on to go much further in abandoning the social welfare safety net than most Americans are willing to contemplate, Obama made room for the Democrats to launch a vicious counter-attack: Republicans want to cut taxes for the wealthy while reducing healthcare coverage for seniors. It's nasty and partisan, sure, but it also happens to be true. The battle lines for the 2012 election instantly snapped into place, and Republicans are suddenly fighting from a surprisingly weak position. If that was the plan all along, then maybe this Obama "long game" talk has some meat to it.

It's also tempting to compare the Republican misadventures on Medicare with the Democratic healthcare saga, which also generated town hall anger and a huge electoral backlash. But there's one momentous difference. Obama got his healthcare bill passed into law. The Ryan budget is never even going to get a vote in the Senate. If you're going to place your entire party in political jeopardy, you might want to make sure you're getting something out of the bargain.