Are our kids addicted to technology?

It's one of parents' biggest concerns, but studies show we have less to worry about, and more to be thankful for 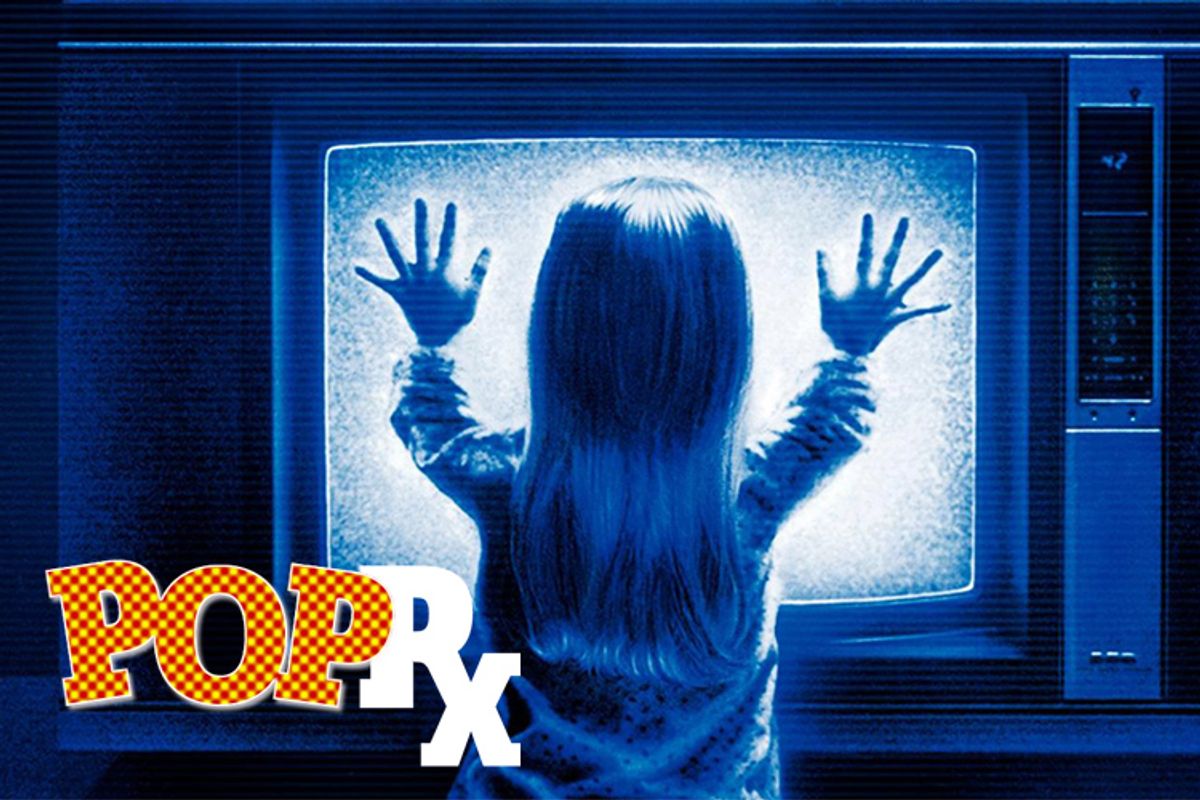 Last week's PopRx, "Our Overblown Paranoia About the Internet and Teens," received many thoughtful comments and emails from readers, including a few that I wanted to double back on and magnify.

First, some readers wondered what, if anything, teen Internet use has to do with medicine. The most obvious way to answer that is to point to the recent report by the American Academy of Pediatrics recommending doctors address social media with their patients and families. But more than that, addressing "nontraditional medical risks" (child development, behaviors, emotional well-being) alongside "traditional" risk (infections or injuries) is a core value of modern pediatrics. Chronic illness could mean diabetes or asthma, but also things like school and conduct problems. We're now adding e-risks to our problem list.

Second, readers wanted to know how hours upon hours of Internet exposure impacts a child's development. They're certainly not alone; it's one of the most vexing questions of modern parenthood. No less an authority than New York Times executive editor Bill Keller wrote about this topic recently in a much-blogged-about piece called "The Twitter Trap," which began: "Last week my wife and I told our 13-year-old daughter she could join Facebook. Within a few hours she had accumulated 171 friends, and I felt a little as if I had passed my child a pipe of crystal meth."

So, is it really that bad? I want to share some findings that challenge the notion that the Web has a negative impact on kids. Indeed, the Web just may be the place kids learn to express themselves and learn in the most innovative ways.

Let's take a closer look at a couple of recent studies, both from the Digital Youth Project at the MacArthur Foundation. Last week I touched on "Living and Learning with New Media," which breaks down popular stereotypes that kids simply waste time online. The study described levels of engagement which have the potential to benefit young people as they communicate with each other and learn about the world. On one level, kids can simply "hang out" on the Web, but even this allowed them to learn to develop friendships and negotiate social norms. The deepest level of engagement, what the researchers called "geeking out," allowed teens to explore and tinker with issues and ideas the way a kid from an earlier generation ago might have dived under the hood of his new car to figure out how it works. The other cool thing here is that on the Web, kids are learning from each other (through comments from one another about their YouTube video, perhaps) rather than in a traditional didactic setting where an adult grades and judges everything they do. It's not that you don't need the later, but peer-to-peer learning seems to have its own unique set of benefits.

The second bit of research about kids and the Web challenges the notion that video games are a negative influence on youth. "The Civic Potential of Video Games" looked at kids who spend time playing video games, particularly multiplayer ones. The conventional wisdom is that gamers are too absorbed with their X-Box consoles to care about anything or anyone else. Yet researchers found quite the opposite for those playing certain kinds of games (like "The Sims"). "The stereotype of the antisocial gamer is not reflected in our data. Youth who play games frequently are just as civically and politically active as those who play games infrequently ... For those hoping to leverage the civic potential of video games, the strong and consistent relationship between teens' civic gaming experiences and civic engagement is encouraging."

I raise these points to challenge our intuitions and stereotypes about young people and their relationship with technology. It's not necessarily true that their brains are turning to scrambled eggs when they sit in front of a screen. From a social and intellectual standpoint, the Internet could be seen as this generation's Arnold's or Peach Pit, to reference a couple of popular gathering places for TV teens ("Happy Days" and "Beverly Hills 90210"). That's a good thing when you consider that success depends at least as much (if not more) on emotional and social intelligence as it does on book smarts.

With all this in mind, I've been thinking about what I'm going to tell parents and their kids about the Internet. It was easy to say things like "keep their use limited to two hours a day," or "co-view whatever they're doing." I don't really think that's the right approach anymore. There are some suggestions for parents to look at in the AAP report (aap.org/advocacy/releases/june09socialmedia.htm). On the other hand, my main criticism of that report is its lack of specificity in how doctors should address social media with patients and parents. The two suggestions are: "Advise parents to talk to their children" about social media and "Advise parents to ... [become] better educated about the many technologies youngsters are using."

That's generic bordering on unhelpful. Instead, here are a few things I'm going to tell parents and their kids when they come in.

1. Don't talk to strangers. It's clear from most of the research that teens primarily interact with people they already know on the Web. That's good, but it's worth emphasizing that the same rule we teach you when you're two years old can applies equally well on your 13th birthday.

2. Use the Golden Rule: The Internet is like any physical community, and rules of conduct apply. If someone pushes my kid in real life, I want her to yell "stop it" and tell a grown up. Do the same thing if someone pushes you online.

3. Think before you click: Before you hit "send" or "post" ask yourself the following question: "Are you about to say or upload media that might haunt you when you apply to college, look for a job, or at another important juncture in the future? If so, then please move your hand away from the mouse.

1. Get a Facebook account: If you don't try it, then you'll never really have a feel for how social media works, which makes it hard to discuss and communicate with your kid about the risks and benefits.

3. Find out where your kid is going online, and who they are hanging out with: It's the same two questions we want to know when we're letting our kids go out in the real world. It's good to know who and what their online peers are like.

4. If your kid is at-risk or has emotional problems offline, then beware of what they're doing and how they're feeling online. Since most research shows that the two are closely related, that's when being more zealous might pay off and protect your child from danger.

This isn't an comprehensive list. Readers, if you have suggestions, post them in the comments or mail them to PopRx@salon.com so I can use them for kids in my own practice. Thanks in advance for them and thanks for reading.