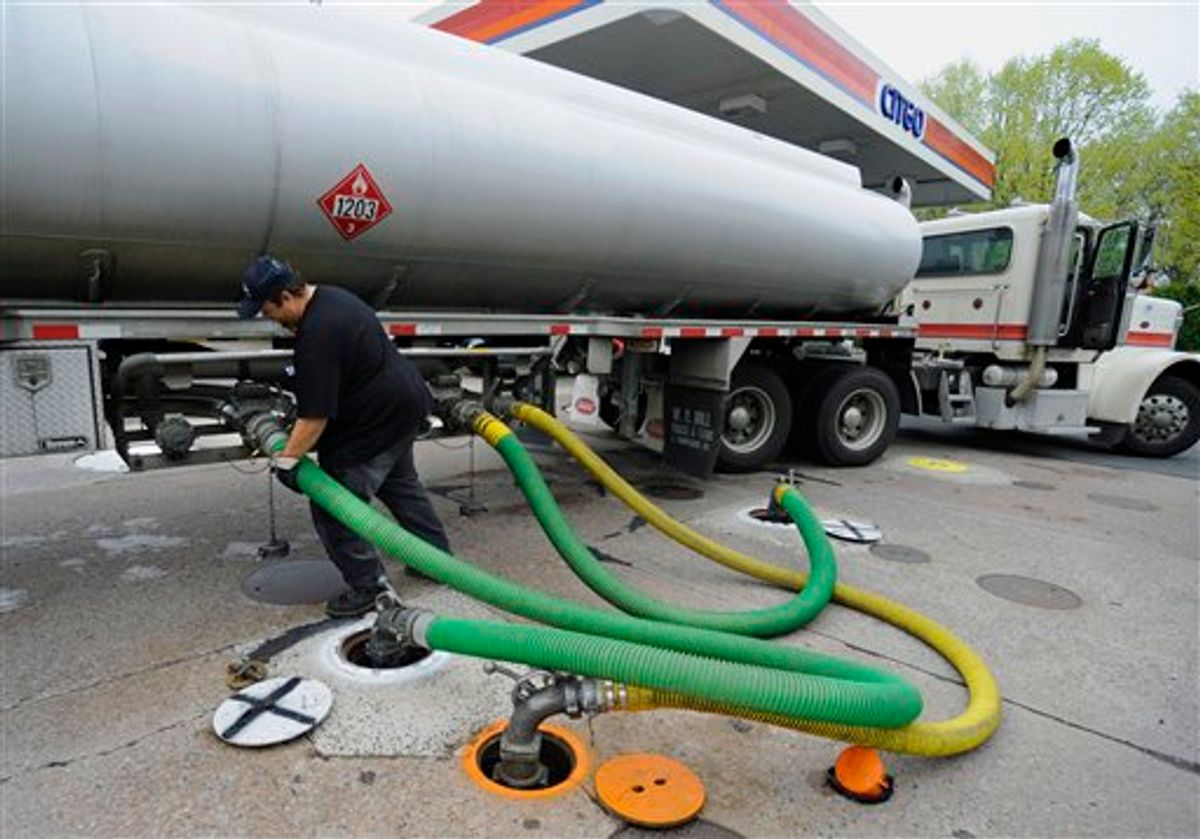 FILE - In this April 28, 2011 file photo, a truck delivers gas to a CITGO station in Wethersfield, Conn. Oil is sliding nearly 3 percent on a stronger dollar Monday, May 23, 2011. Meanwhile, gasoline pump prices dropped nearly a penny to a new national average of $3.843 per gallon. (AP Photo/Jessica Hill, file) (AP)
--

A dispute over a plan to send oil from western Canada to the Texas Gulf Coast is moving to Capitol Hill, as the Republican-led House takes up a bill to speed a decision by the Obama administration.

The House Energy and Commerce Committee is holding a hearing on a bill that would set a Nov. 1 deadline for the State Department to decide whether to allow a Canadian company to build a 1,900-mile pipeline to carry crude oil extracted from tar sands in Alberta, Canada, to refineries in Texas.