Embattled leader backs away from promise to relinquish his power 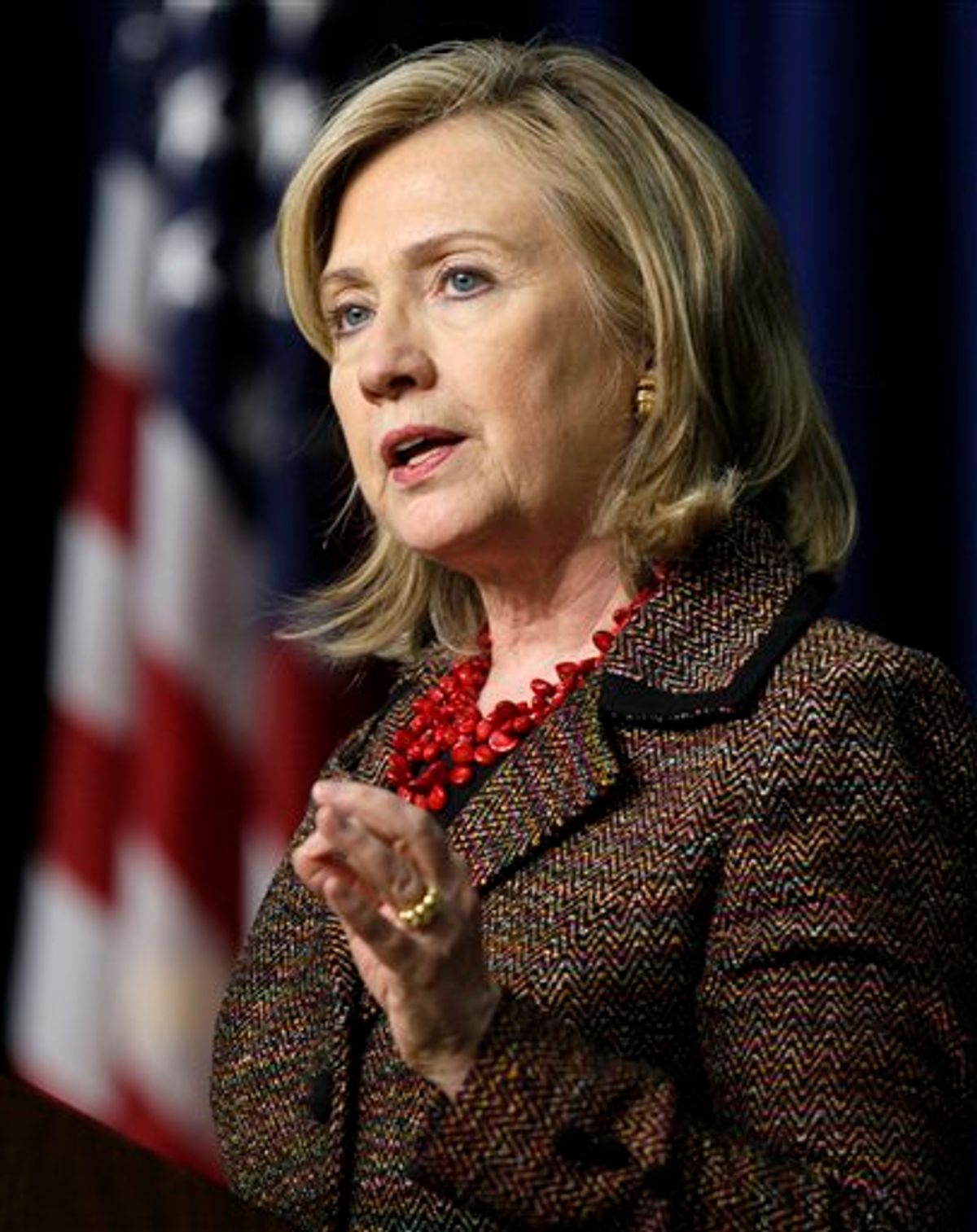 U.S. Secretary of State Hillary Rodham Clinton says the Obama administration is "deeply disappointed" by the refusal of Yemen's president to sign an agreement to step down in 30 days.

Clinton says President Ali Abdullah Saleh "is turning his back on his commitments and disregarding the legitimate aspirations of the Yemeni people."

The secretary also says she was "outraged" to learn that Saleh's supporters had surrounded an embassy in Sanaa, the Yemeni capital, trapping U.S., European and Arab diplomats. Hundreds of Saleh loyalists wielding knives, swords and automatic rifles, blocked the entrances to the mission for hours before they were finally dispersed by security forces.

Yemen has been consumed by chaos for three months as hundreds of thousands of protesters demanded Saleh's ouster.