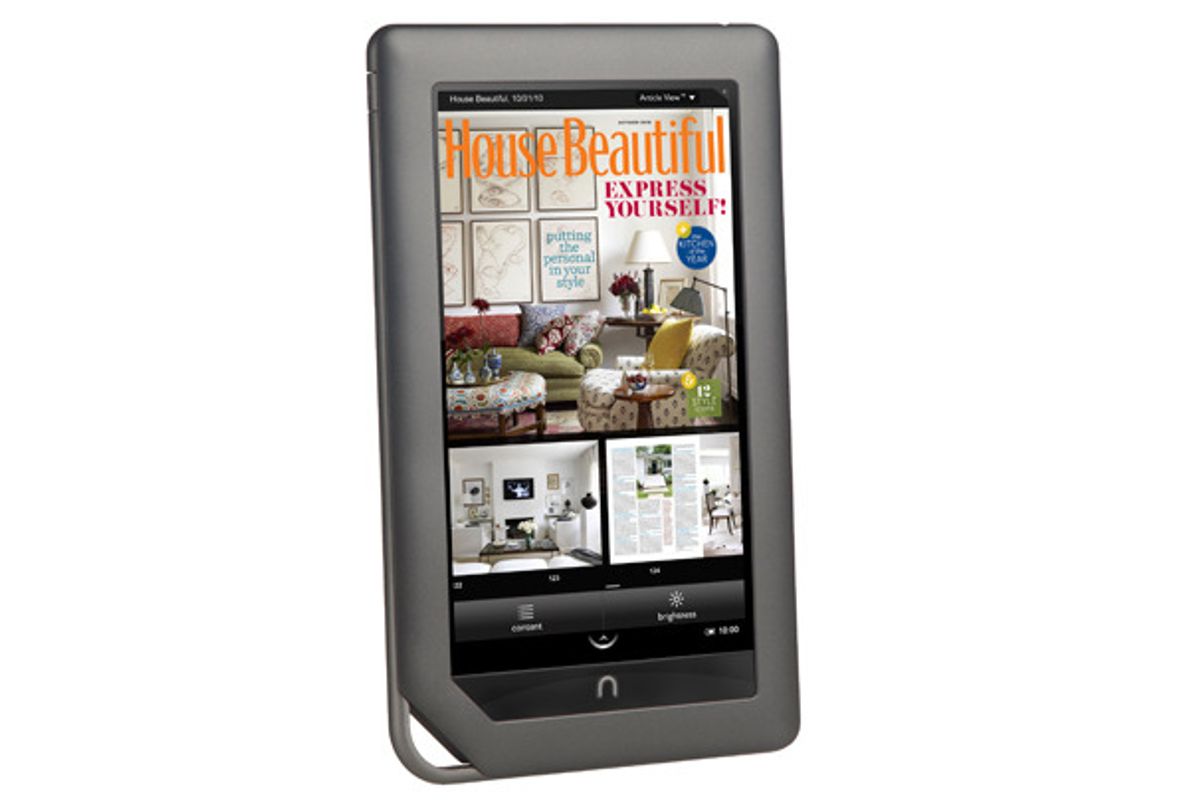 Why do women hate technology so much? This is the question never posed by the New York Times article today on the upswing in sales from the new Barnes & Noble Nook Color. Which, by the way, is turning out to be the "very promising younger daughter" to "the favorite son of the magazine business," the iPad. According to a study quoted in the piece, the reason for the Nook's popularity among women is the reader's resemblance to static literature rather than interactive technology. Jeremy Peters reports:

"So what about the small fortune that publishers have poured into developing tablet editions that dazzle the senses with sleekly produced animation, live video and audio? They’re fine for the men, but a lot of women think there is nothing wrong with plain old words and pictures. "

I'd be offended if the subtext wasn't that women actually just want to read, dammit, without checking Twitter or Facebook every five minutes.

Luckily the Nook Color has hit upon a solution: take away all the non-book features of an e-reader and market single-stand issues of magazines to women for downloading. This makes it much more of a "traditional" reading experience, since the Nook Color just has magazines take PDFs of their pages and sell them through their machines. The publishing houses are happy because they already have good standing with Barnes & Noble (as opposed to Apple's iPad, which has a more tenuous and complicated relationship to publications), the magazines are happy because they are seeing sales growth, and women are happy because they are paying less per issue for their favorite titles (after the initial fee of buying the Nook).

So why even bother with a tech-heavy iPad? Because dudes like it, that's why. Says Peters, "Some women, at least, seem to prefer their electronic reading devices to be simpler, something they can read on. Tablets with Rock Band, GT Racing and high-res cameras? That's guy stuff."

And, in fact, the Nook Color's apps are more focused on learning tools, kids' games and day planners than on FourSquare or Twitter. Though Barnes & Noble's reader does offer Angry Birds, for "when you're ready to unwind and take a reading break."