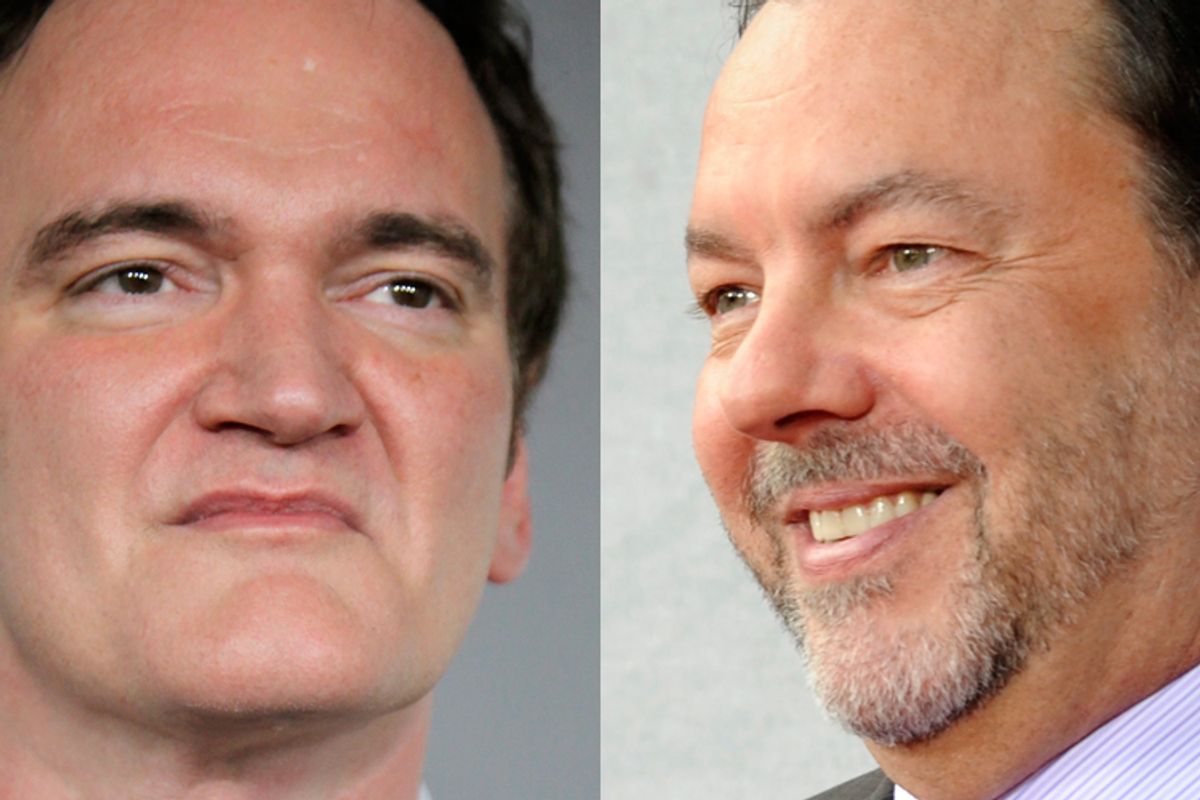 One of Hollywood's oddest feuds ended recently when Quentin Tarantino finally settled his lawsuit against neighbor Alan Ball and his screaming, horrifying birds. Who even knew these guys were neighbors? Hollywood!

You see, the "True Blood" creator has (had?) a bunch of exotic macaws that emit "blood-curdling screams," making it impossible for Tarantino to write his next movie. Because it is very distracting to write scenes where you bash people's heads in with bats or cut their legs off with samurai swords if it sounds like your neighbor is beating you to the punch.

Ball promised to build a soundproof aviary but back last June, these devil-birds started screeching for their lives again. In March, after being forced to endure "obnoxious pteradactyl-like screams," Tarantino hired celebrity lawyer Marty Singer to get involved. Two weeks ago, the case was dropped. No mention of how they settled, just a short blip in a New York Times profile about Singer two days ago.

It's fun to try and imagine what happened here, especially since neither of the directors moved. Did Tarantino cut one of the macaws' heads off and put it in Ball's bed? Did Alan Ball promise to write a foul-mouthed vampire character based on Tarantino into the next season of "True Blood?"  We'll never know, as Singer's only response to the suit was: "That's been resolved."

Oh, that doesn't sound very good at all.