Chicago Bulls center: Fan reaction I'll face "is the least of my worries" 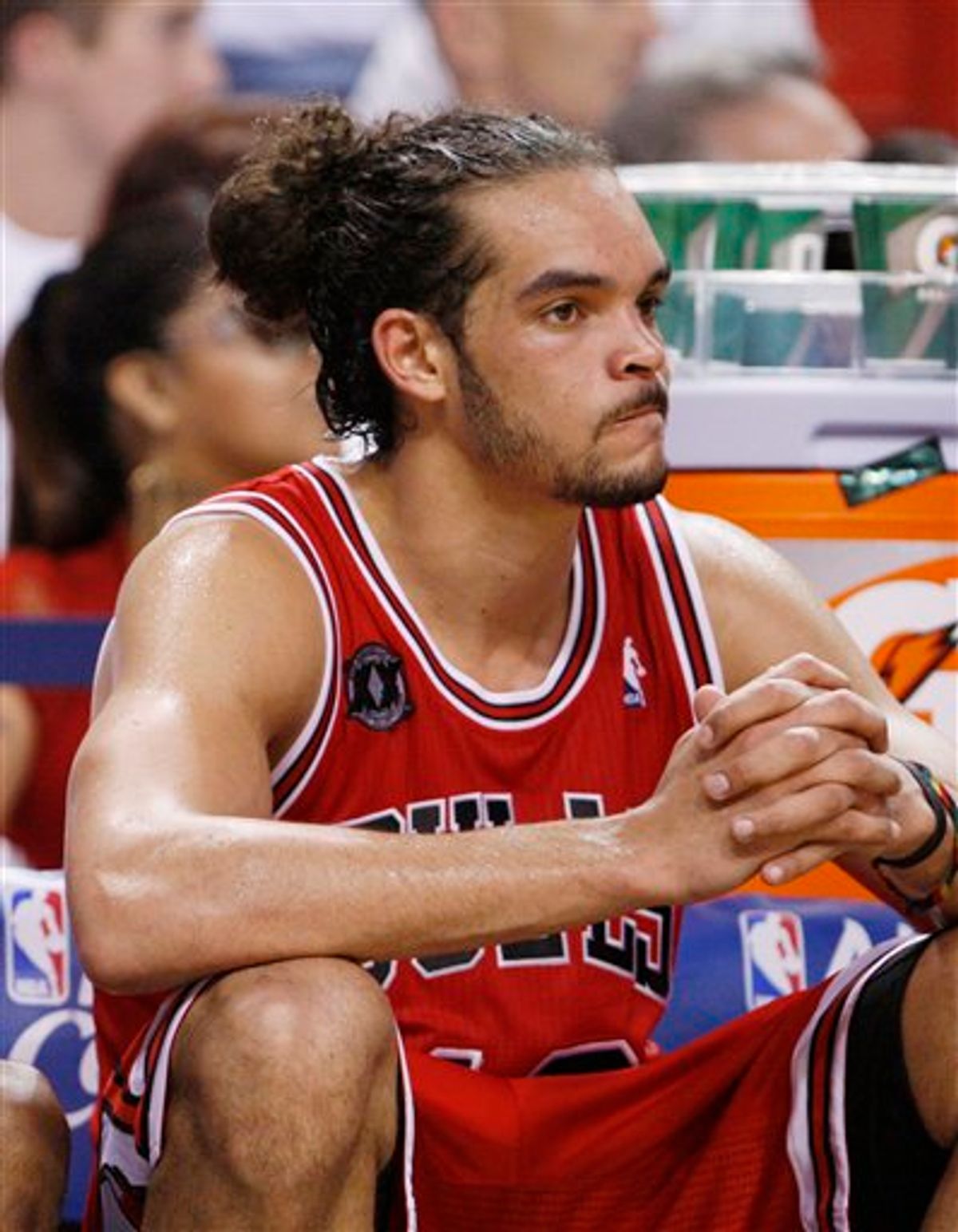 This photo take May 22, 2011 shows Chicago Bulls' Joakim Noah during Game 3 of the NBA Eastern Conference finals basketball series against the Miami Heat in Miami, Sunday, May 22, 2011. Noah apologized again Monday May 23, 2011, for directing an anti-gay slur at a fan during Game 3 of the Eastern Conference finals, and was bracing for punishment  likely a large fine  from the NBA. (AP Photo/Wilfredo Lee) (AP)
--

Joakim Noah says he believes the NBA's decision to fine him $50,000 for directing an anti-gay slur toward a fan is fair.

Speaking Tuesday morning as the Chicago Bulls prepared to face the Miami Heat in Game 4 of the Eastern Conference finals, Noah again acknowledged making a mistake in his back-and-forth with the fan.

The NBA announced the fine Monday afternoon, one day after television cameras caught Noah using a profanity, followed by the slur, after returning to the Chicago bench midway through the opening quarter of Game 3 in Miami.

Kobe Bryant of the Los Angeles Lakers was fined $100,000 for using the same slur in April, directing it toward a referee.

Noah says the fan reaction he'll face "is the least of my worries."