What color is the letter "E"?

I was born with synesthesia, a condition that is fascinating to talk about -- but challenging to explain 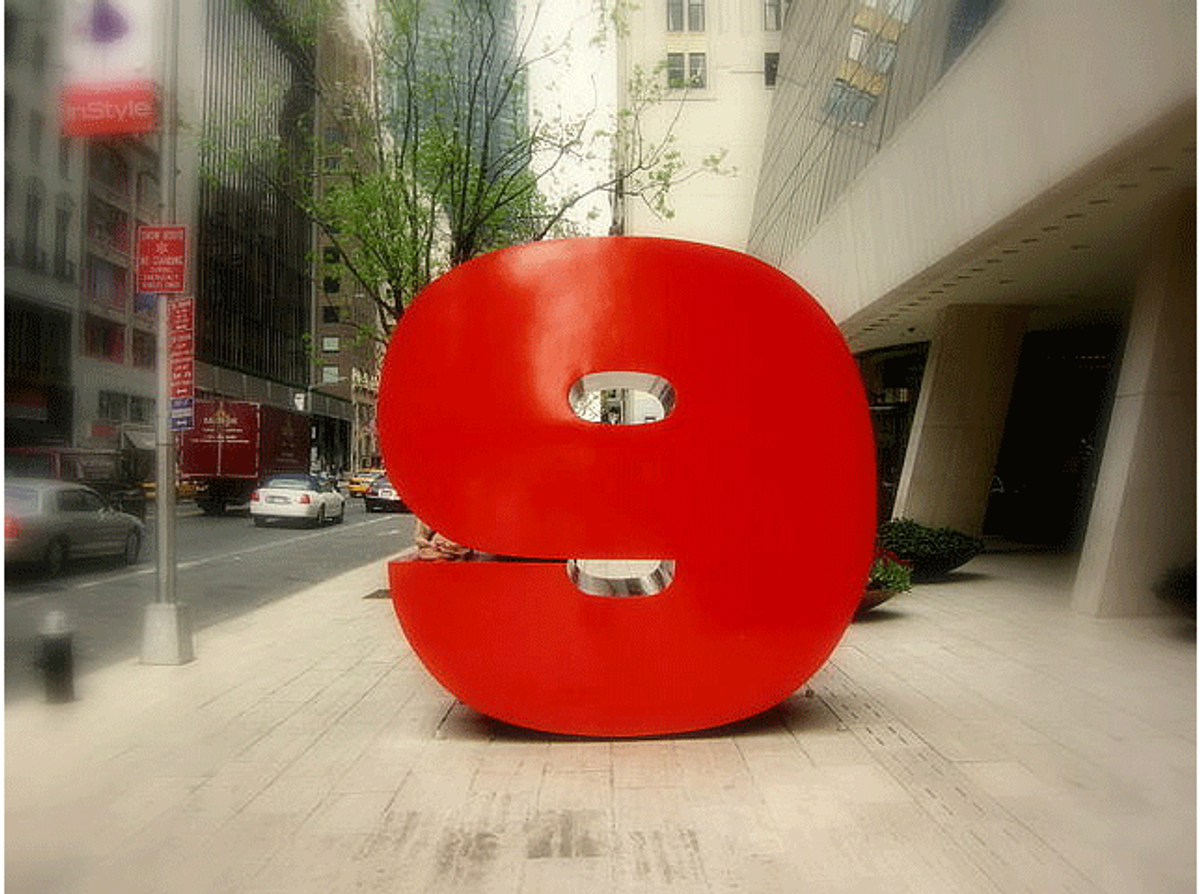 It's prime time to discuss an old favorite of mine (and of many color fans): synesthesia, that curious trick of certain brains, mine included, that makes one "see" colors in letters and numbers in dry black-and-white, or see them in sounds, tastes or textures. Welcome to one of the more beautiful and strange wrinkles in the color-brain.

"The number 1, for example, is a brilliant and bright white, like someone shining a flashlight into my eyes. Five is a clap of thunder or the sound of waves crashing against rocks. Thirty-seven is lumpy like porridge, while 89 reminds me of falling snow ... In an interview with talk show host David Letterman in New York, I told David he looked like the number 117 -- tall and lanky. Later outside, in ... Times Square, I gazed up at the towering skyscrapers and felt surrounded by 9s -- the number I most associate with feelings of immensity."

That's Daniel Tammet speaking, one of 50 living savants worldwide and an unusually articulate synesthete -- a feat made more amazing by the fact that he's also high-functioning autistic. Daniel's book "Born on a Blue Day" chronicles the fascinating insides of his brain, how he finds not just color in numbers but the solace and particularities of old friends. Numbers reveal themselves to him in turn, complete with highly specific colors and shapes, and a specific location in his mental landscape.

His super-charged synesthesia enables extraordinary feats of memory, like the time he recited pi to 22,514 decimal places or learned Icelandic, his ninth foreign language, to fluency within a week. (Wire your jaw shut before watching this Channel Four documentary about Tammet, "The Boy With the Incredible Brain".)

Something about synesthesia is devouringly fascinating, to the people who have it as much as the people who don't. I'm no savant, but I've seen colors attached to my numbers and letters forever. The knowledge of what this feels like is innate; it challenges language to explain it.

As kids, my brother and I argued matter-of-factly about the assignation of colors to graphemes -- his alphabet tends toward yellows, mine to various reds. We told my mother recently about this, who dismissed the whole thing as nonsense, until she didn't like -- or, more accurately, felt, primally wronged -- by the color-matches we were articulating. Of course, it turns out she has synesthesia too. When it became clear to her what the term meant (and how non-crazy she is to have it), we all chattered on happily about which colors go with which letters. My dad sat ping-ponging between the three of us, mystified.

Synesthesia has garnered enough headlines that most people know broadly what it is. (If you have it, you're likely already aware of that fact -- but this battery of psychological tests will help you pin the answer down.) So where does synesthesia come from?

It's a dreamy, harmless quirk arising from "cross-talk" between tangled areas of the brain. Usually baby-brains prune themselves over time, separating brain regions with differing functions. Pruning may be incomplete in synesthetes in the fusiform gyrus, where the regions responsible for graphemes (letters and numbers) lie snugly next to each other. Studies show synesthetes pack more connective "white matter" tissue between these brain areas than non-synesthetes do.

This 2007 TED talk by neuroscientist VS Ramachandran summarizes these origins nicely, while hinting at synesthesia's possible usefulness -- the whole talk is interesting, but skip to 17:00 for the synesthesia stuff.

So what's the usefulness of synesthesia -- is there evolutionarily any point? And what other avenues of brain investigation do scientists use synesthesia to explore? I'll save those answers in tantalizing style for my second post in this series. For now, suffice it to say: Synesthesia is famously, but not narrowly, helpful in boosting a brain's creativity. Ramanchandran ventures only that synesthetic brains are hard-wired to make unexpected leaps. But naturally that feels like a bloodless definition. To prime your color-mad pumps for next time, I'll leave you with this plummy evocation of creativity and synesthesia than this quote from synesthete Vladimir Nabokov's 1967 memoir, "Speak, Memory." Swoon!

"The long 'a' of the English alphabet ... has for me the tint of weathered wood, but a French 'a' evokes polished ebony. This black group also includes hard 'g' (vulcanized rubber) and 'r' (a sooty rag bag being ripped). Oatmeal 'n', noodle-limp 'l', and the ivory-backed hand mirror of 'o' take care of the whites. I am puzzled by my French 'on' which I see as the brimming tension-surface of alcohol in a small glass."

P.S. Let's leave the record straight here. I picked that number 9 image leading this post because it's the proper color, a bold cherry red -- although my 9 tends toward brick. Nabokov is right on about on's limpid pallor, but he's mad if he thinks 'r' is sooty-brown, when it's so glossy licorice black. The color-squabble continues next time!