A House Republican attack dog accuses the Harvard law professor of lying. She is not amused 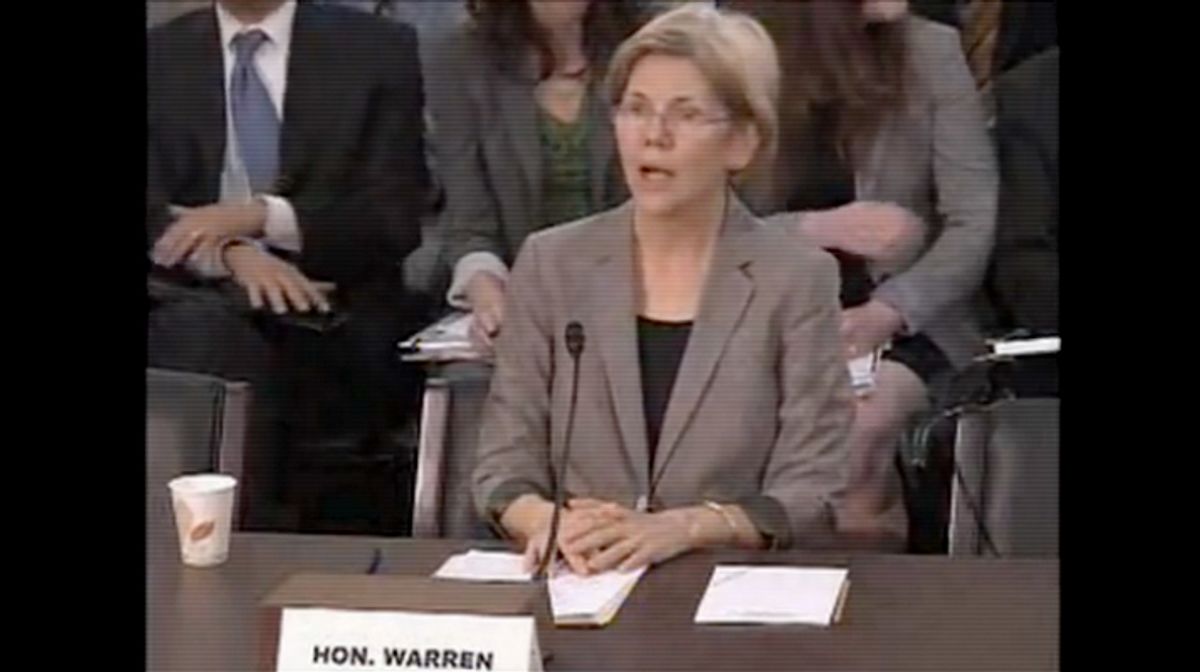 Elizabeth Warren, interim director of the Consumer Financial Protection Bureau, appearing before the House Oversight Committee on May 24, 2011.
--

House Republicans really, really don't like Elizabeth Warren, the interim director of the Consumer Financial Protection Bureau. Judging by the latest development, the feeling is likely mutual. At a hearing of the House Oversight Committee held Tuesday, apparently for the sole purpose of allowing Chairman Patrick McHenry, R-N.C., the opportunity to browbeat and interrupt Warren, viewers got a rare opportunity to see what the "feisty" Oklahoman looks like when she is royally pissed off.

The context for the exchange came when McHenry requested that Warren stay late at the hearing to answer a few more questions. Warren responded the she had another engagement, and asserted that McHenry knew this and had already agreed that she only needed to be present at the hearing for an hour. McHenry denies that there had been any prior arrangement and tells her:  "You are making this up."

The sight of Warren's eyes flaring in outrage is not to be missed. Slate's Dave Weigel located the video. The climax comes at about the one-minute mark.