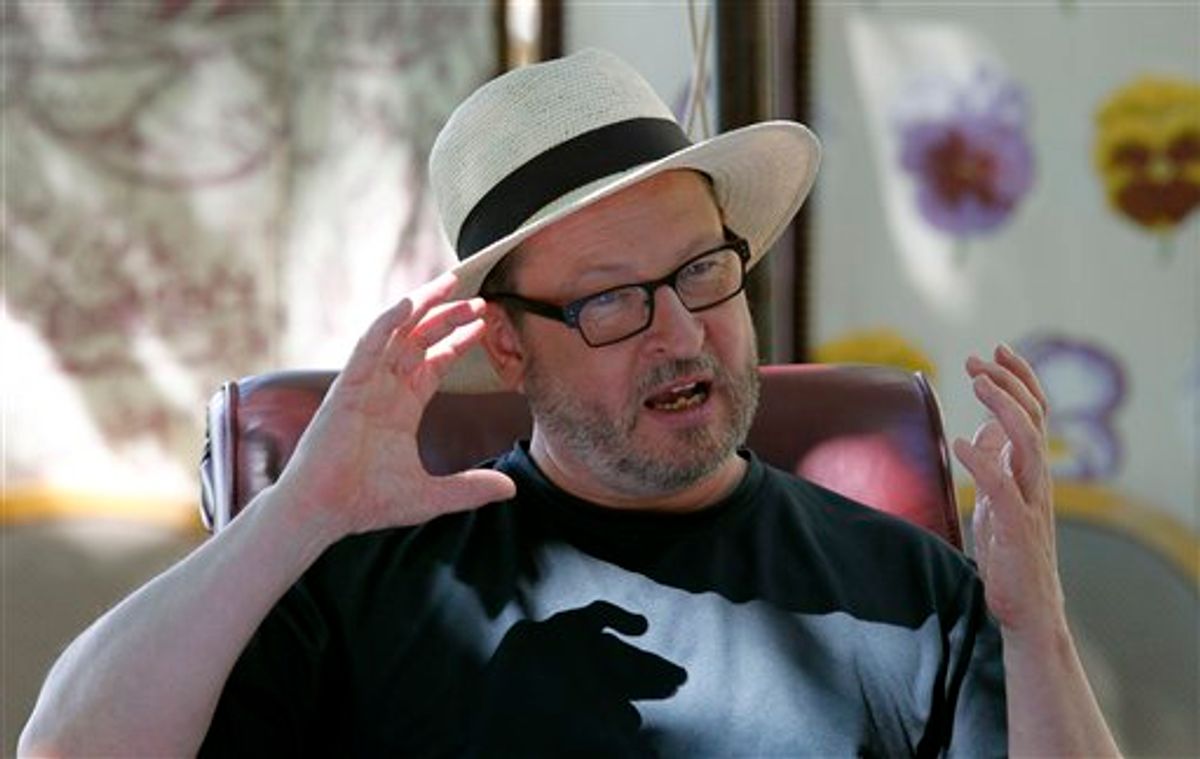 Director Lars Von Trier poses for photos during an interview in Mougins, southern France, Friday, May 20, 2011. On Thursday, May 19, 2011 the Danish filmmaker was booted out of the Cannes Film Festival for a bizarre, rambling news conference in which he said he sympathizes with Adolph Hitler. (AP Photo/Francois Mori) (AP)
--

Iran says it has protested to the Cannes Film Festival over its decision to ban director Lars von Trier for saying he sympathized with Adolf Hitler.

Cannes banished von Trier after he told reporters that while Hitler "did some wrong things," he could "sympathize with him a little bit."

He later apologized and said it was a joke gone wrong.

In response to the Iranian letter, von Trier said Tuesday that his remarks were "unintelligent, ambiguous and needlessly hurtful."

The festival included films by two Iranian directors who have been jailed by the country's Islamic regime.