Is this how the GOP's Medicare misery starts? 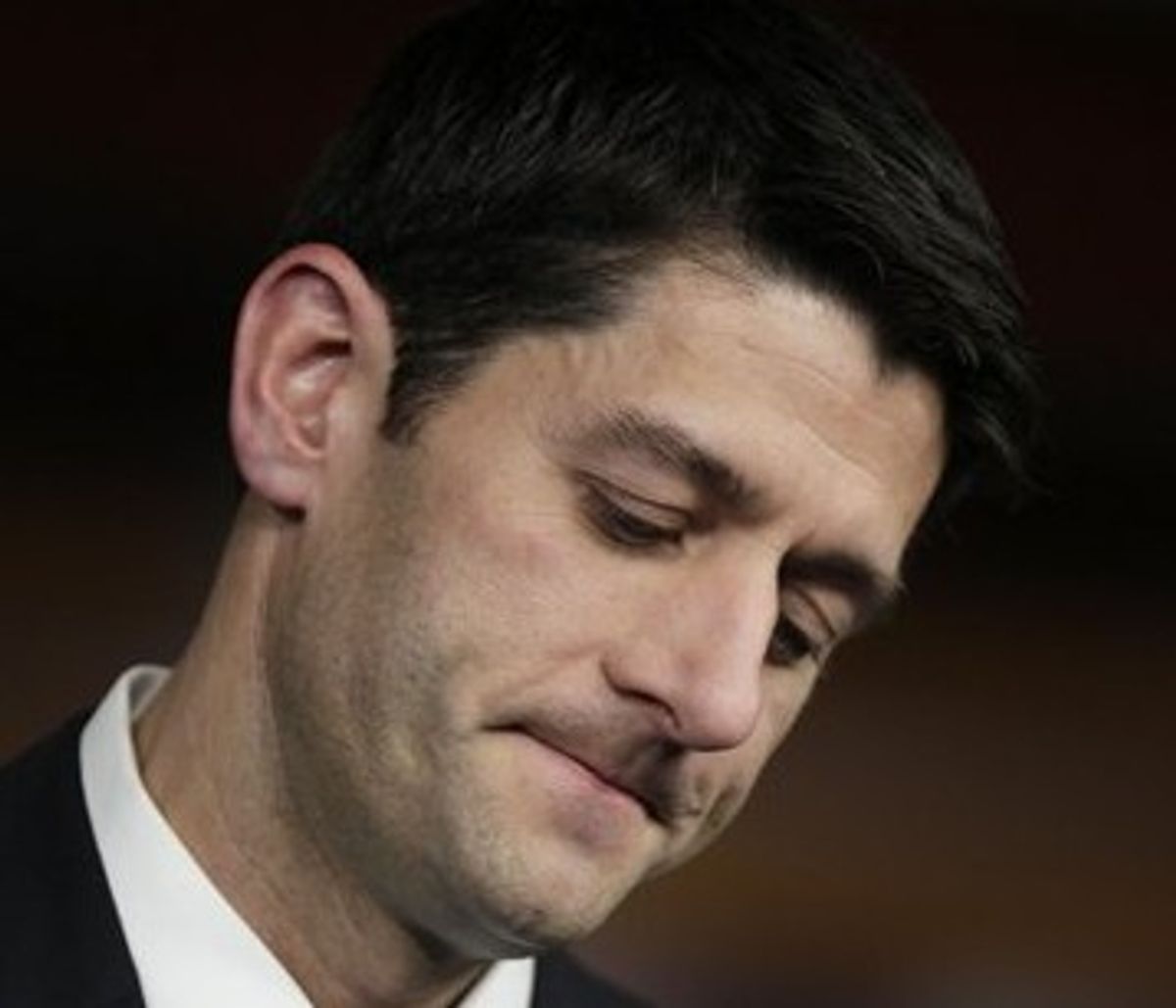 It's funny how random events line up in politics sometimes.

Three months ago, a married Republican member of Congress was caught using an email address in his own name to send shirtless pictures of himself to women he'd never met before; almost immediately, he resigned in shame. Two months later, in a seemingly unrelated development, virtually every Republican member of the House of Representatives -- and not a single Democrat -- voted for a budget plan that would turn Medicare into a voucher program.

But now, that Medicare plan has become the central issue in the special election campaign to fill the shirtless congressman's vacated seat -- a campaign that will end when the polls in Western New York's 26th District close at 9 p.m. tonight. And just like that, we may have our first test of whether Republican candidates in 2012 will be haunted by a Medicare vote as badly as Republican candidates were in 1996, when the Republican Congress' embrace of steep Medicare cuts helped cost nearly 20 House GOP members their jobs.

As is always the case with special elections, there's a risk that the final result in the 26th District will be overhyped or misinterpreted (or both). But there's also a chance that it really will serve as a valuable national barometer.

The Buffalo-area district is solidly, but not overwhelmingly, Republican. Even in the best recent year for Democrats -- 2006, when the district's GOP incumbent, Tom Reynolds, was linked to the Mark Foley congressional page scandal that exploded weeks before the election; when Democrats nominated a self-funding former Republican who spent heavily on campaign ads; when the New York state GOP fielded its most disastrous statewide ticket in memory; and when the national political climate was profoundly tainted against George W. Bush and the GOP -- the party's nominee (Jack Davis) still managed to secure only 48 percent of the vote. When Reynolds retired in 2008, another strong Democratic year in New York, the Democratic nominee managed just 40 percent (with another 5.5 percent going to a Democrat whose name was on a third party's ballot line). And last fall, the Democrats didn't even bother to put up a real fight in the district.

In this sense, Democrats may have already made their point. The fact that their candidate, Kathy Hochul, has pulled ahead of Republican Jane Corwin in several recent surveys after running hard against the GOP Medicare plan is notable. The national climate is not as awful for Democrats now as it was last fall (when they still controlled Congress), but it's not anywhere near as favorable as it was in '06 or '08, either. To even come close to winning an open seat in a district like New York's 26th in this climate is something to brag about -- and while local issues, candidate quality, and the presence of a spoiler candidate (Davis, now running as the Tea Party nominee) are all surely factors, it's hard to imagine that the Medicare vote hasn't played a role in Hochul's rise. To the extent it's reliable, polling data already suggests this. So even if Corwin ends up pulling out a victory, it won't necessarily mean that Medicare didn't hurt her; the key is that this shouldn't, on paper, be a race the GOP is in danger of losing.

That said, an outright victory would provide Democrats with a badly needed psychological boost -- and valuable talking point to use with potential donors and prospective '12 House candidates across the country. See, we really can take back the House! Conversely, Republicans will rejoice if Corwin can engineer an outright win, even if the margin is microscopic; presumably, they'll argue (as they already have) that Davis' presence changed the nature of the campaign and that without him the outcome would have been more consistent with the district's voting history.

Almost certainly, we've seen in Hochul's campaign strategy a blueprint for just about every Democrat who will run for the House in 2012.  This is only logical; few government programs are as popular (even among Republican voters) as Medicare. What's puzzling to some is why Republicans in Congress willingly put themselves in such a vulnerable position; after all, with Democrats running the Senate and the White House, the Medicare voucher plan never had a chance of being enacted. It was purely symbolic -- and from a general election standpoint, the symbolism is all wrong for the GOP.

The reason they did it anyway, I suspect, had to do with what happened last year, when the GOP establishment was unnerved by the rage of its Tea Party base. The primary season success of, for instance, Christine O'Donnell, Sharron Angle, Ken Buck, Rand Paul and Joe Miller served as a reminder to GOP leaders and rank-and-filers on Capitol Hill: No one is safe in a primary in the Obama age. Viewed from this perspective, the Medicare vote starts to make sense. Insisting on it gave Speaker John Boehner, who has long been eyed suspiciously by Tea Party purists, cover from the base. See, I really am one of you -- a RINO Speaker would never have allowed this vote. And voting for it provided every GOP rank-and-file member (save for the four who voted "no") with something to brag about to the Tea Partiers back home.

But this doesn't change the fact that in every marginal district in the country, the vote won't help (at the very least) Republicans in 2012. In this sense, it hardly seems an accident that Boehner and the GOP leadership held the Medicare vote so early in the term (and then gave up actively pushing for it a few weeks later). The idea, it seems, was to get it out of the way early -- make the point to the base, take a torrent of abuse from the Democrats, then hope it's all a distant memory to most voters come November '12. And who knows? It may end up working out for the GOP, more or less. But that may be little consolation to their candidate in the special election being held today.