Obama apparently unaware what year it is

Signing the guestbook at Westminster Abbey, the president gets the date wrong ... by three years 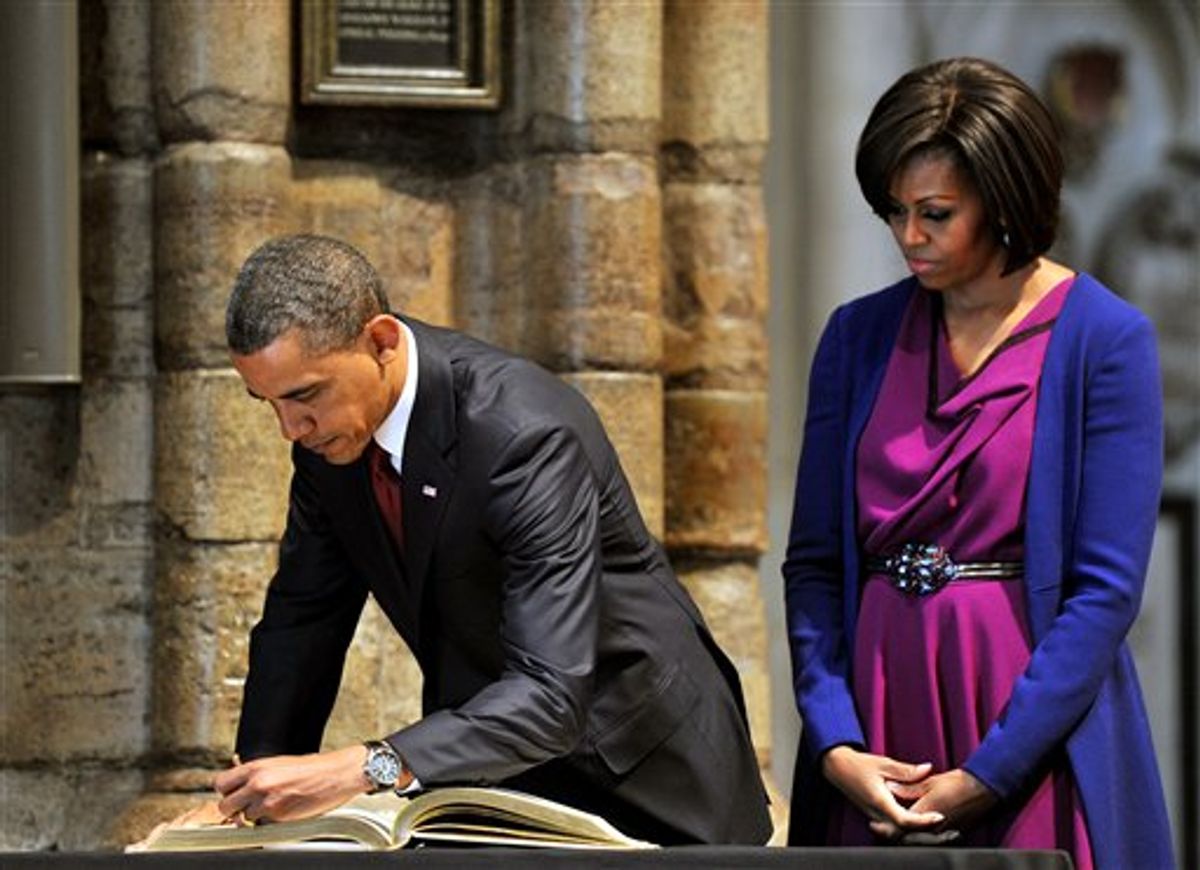 US President Barack Obama, watched by his wife, first lady Michelle Obama, signs the distinguished visitors book during a tour of Westminster Abbey, in central London, Tuesday May 24, 2011. President Barack Obama and first lady Michelle Obama traded-in Irish charm for the pomp and pageantry of Buckingham Palace Tuesday as they opened a state visit to Britain at the invitation of Queen Elizabeth II. (AP Photo/John Stillwell/Pool) (AP)
--

Does Barack Obama wish he could go back to 2008? Wild extrapolation from a gaffe today would suggest so.

When signing the guestbook during his visit to London's Westminster Abbey, the president wrote the date as "24 May 2008." According to Sky News, "Obama was heard to ask the dean [of the abbey] what the day's date was -- but managed to get the year wrong."

Here is an image, via Sky News of Obama's signature, next to Michelle's, and the incorrect date (in close up below).