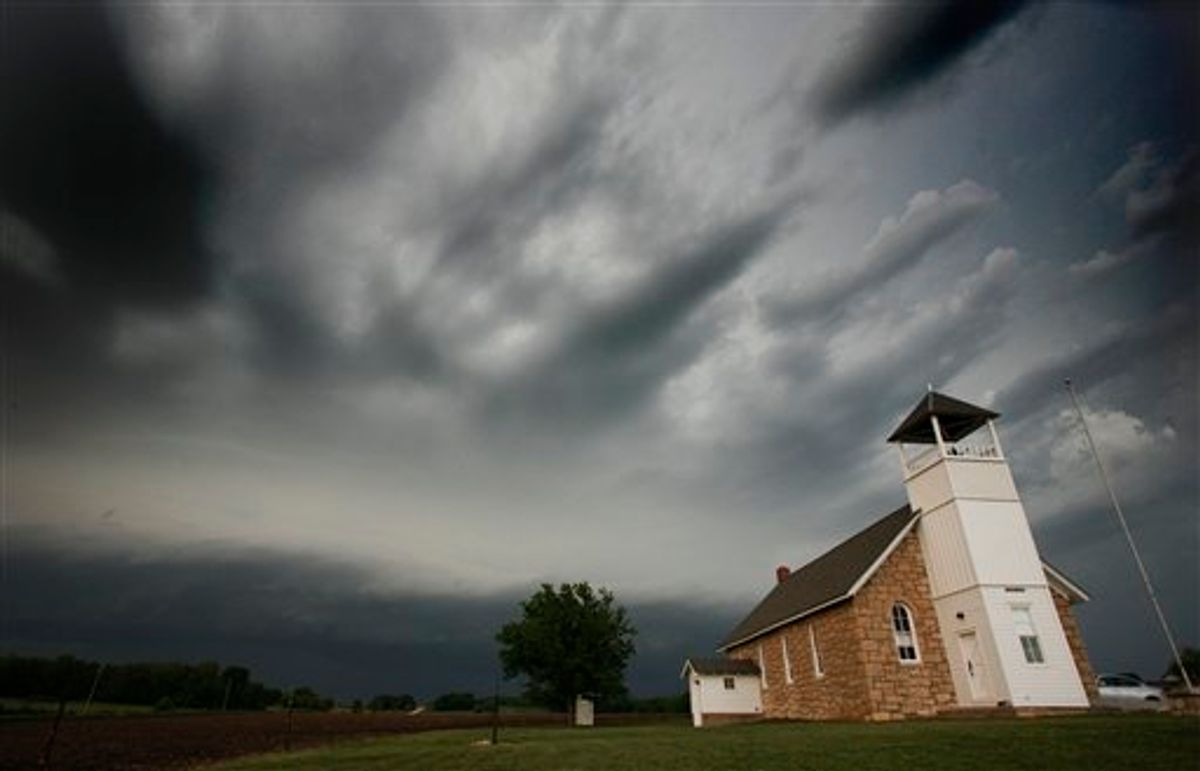 The National Weather Service's Storm Prediction Center says there is a high risk of severe weather that could include tornadoes in Oklahoma, Kansas, Texas, Arkansas and Missouri.

The prediction center says there is a moderate risk of severe weather that could include tornadoes extending from northern Texas, across much of Oklahoma to central Kansas, and into western Arkansas and southwestern Missouri, where a Sunday night tornado is blamed for at least 116 deaths in Joplin.

The severe weather could also include wind gusts of 55 to 75 mph and nearly baseball-sized hail.