The problem with bad guy heroes

From pirates to gangsters, kids are bombarded with mixed messages about who gets idolized and who gets demonized 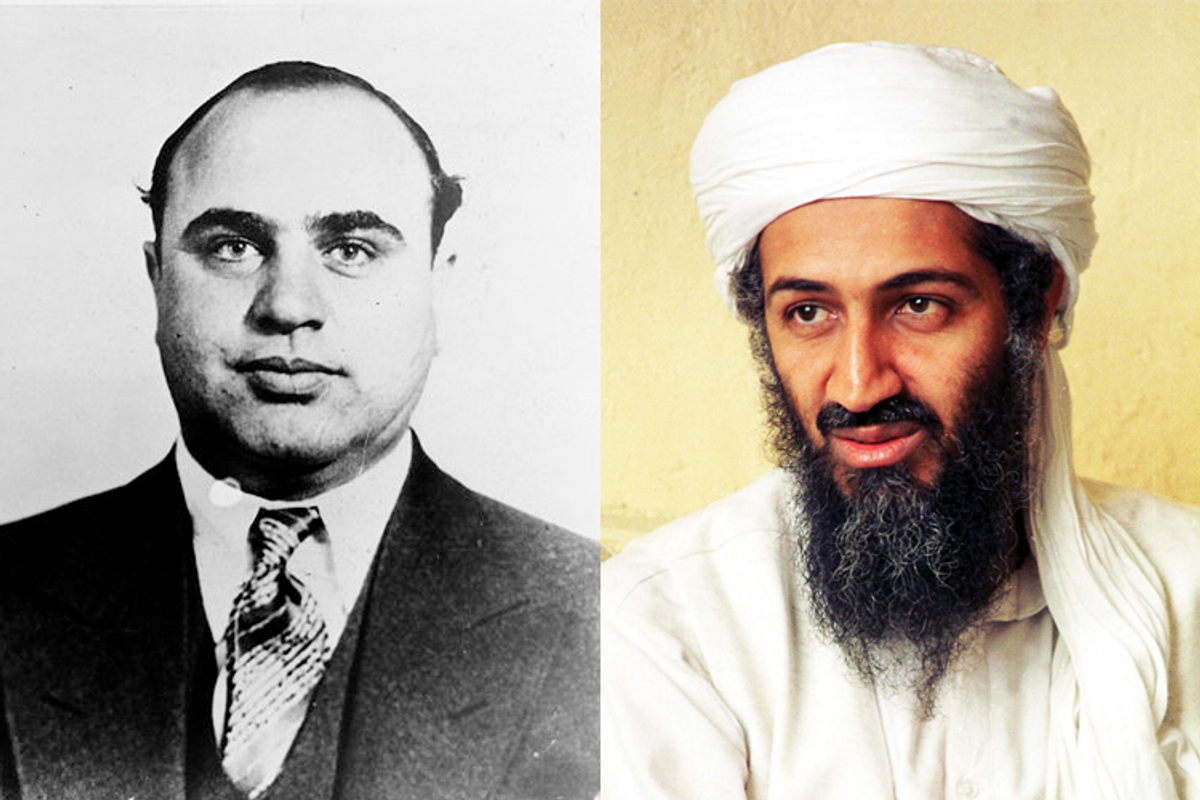 Childhood is inevitably a confusing time -- a storm of growth spurts, hormones, emotional angst and, most important, conflicting messages from the adult world.

Your grandmother urges you to be part of the "clean plate club," while your pediatrician tells you to eat less or face diabetes and obesity. Your teacher tells you to play nice with your classmates, while your television tells you to go shoot people in the face on your Xbox. Your little league coach tells you it's not whether you win or lose, but how you play the game. Meanwhile, you watch adults in a dog-eat-dog economy show you that, actually, it's only about winning and losing -- and P.S. you better not lose.

In this miasma, kids often gravitate to mythologized heroes because such deities seem to offer a rare commodity: simple, good-versus-bad morality. But in the 21st century, it's worth looking at how some of our designated hero archetypes may actually create more confusion than ever.

From movies to Halloween costumes to Major League Baseball and NFL teams to amusement park rides to Dave Eggers' pseudo-ironic novelty store, consumer messages basically teach kids that pirates and the pirate ethos are totally awesome. In this part of our culture, kids are told that pirates' brutal and violent quests to steal, rape and pillage are just "treasure hunting" -- a jolly endeavor marked by innocuous growls of "arrr!" Even the more serious "educational" material about pirates, such as this brochure from National Geographic, lauds pirates for their "seagoing democracy" -- barely mentioning (and not really lamenting) the fact that pirates were actually "outlaws who pledged allegiance to no country and ravaged ships of all nations indiscriminately."

Juxtapose all that revisionism with current news headlines about piracy that kids are inevitably absorbing (and yes, whether you like it or not, kids do absorb general messages from headlines). Two years ago, it was foreboding stories about evil Somali pirates off the Horn of Africa abducting working-class American grunts in the merchant marines -- stories capped off with video-game-like graphic simulations that celebrated how the pirates were killed. Today, it's news that even rich yachters are threatened by these 21st century boogeymen.

Taken together, kids are taught that pirates are great titans and awful villains -- or both. Or neither. Or, um, something ...

Now think about the Gangster -- again, through the eyes of a child.

When parents bring kids to Las Vegas -- now one of America's premiere "family" destinations -- the children might find themselves at the Tropicana's new "Las Vegas Mob Experience," where gangsters are portrayed as "loving fathers and husbands," "deeply religious" and "generous donors," according to the museum's management. Or maybe the kids find themselves at the Las Vegas Museum of Organized Crime and Law Enforcement, which is housed in a public courthouse and includes sections on how popular culture heroized the mafia. Alternately, if kids are vacationing at Disney World, they could be out enjoying Capone's Dinner & Show. Or maybe they're just in their hotel rooms playing a mafia-themed first-person shooter game on their PlayStation.

Meanwhile the U.S. government continues to scare kids about the scourge of organized crime entities like al-Qaida and drug cartels, effectively making a generation of children deathly afraid of the Muslim and/or South American gangster hiding in their closet.

Considering just these two examples (of many), what are we inculcating kids to conclude about proper role models or morality?

Other kids may presume that crime, lawlessness, violence and terrorism become acceptable, laudable and even retro-cool as time passes. But, then, does that mean we've constructed a society whereby tomorrow's kids will idealize, say, Osama bin Laden and Pablo Escobar as much as today's kids may idealize Blackbeard and Al Capone?

If the answer to those questions is "yes," then perhaps we should step back and try to end some of the confusion where we can. That doesn't mean halting all education about criminal elements in history, of course. It merely means resisting the urge to always turn that sordid history into hagiography -- or at least alerting kids to such revisionism when you see it.

UPDATE: Just in case you thought it was only me pointing out the mixed messages, South Park did a hilarious episode called "Fatbeard" about how confusing the piracy issue is to kids - and how ridiculous our culture is for simultaneously telling kids that pirates are heroes and villains.