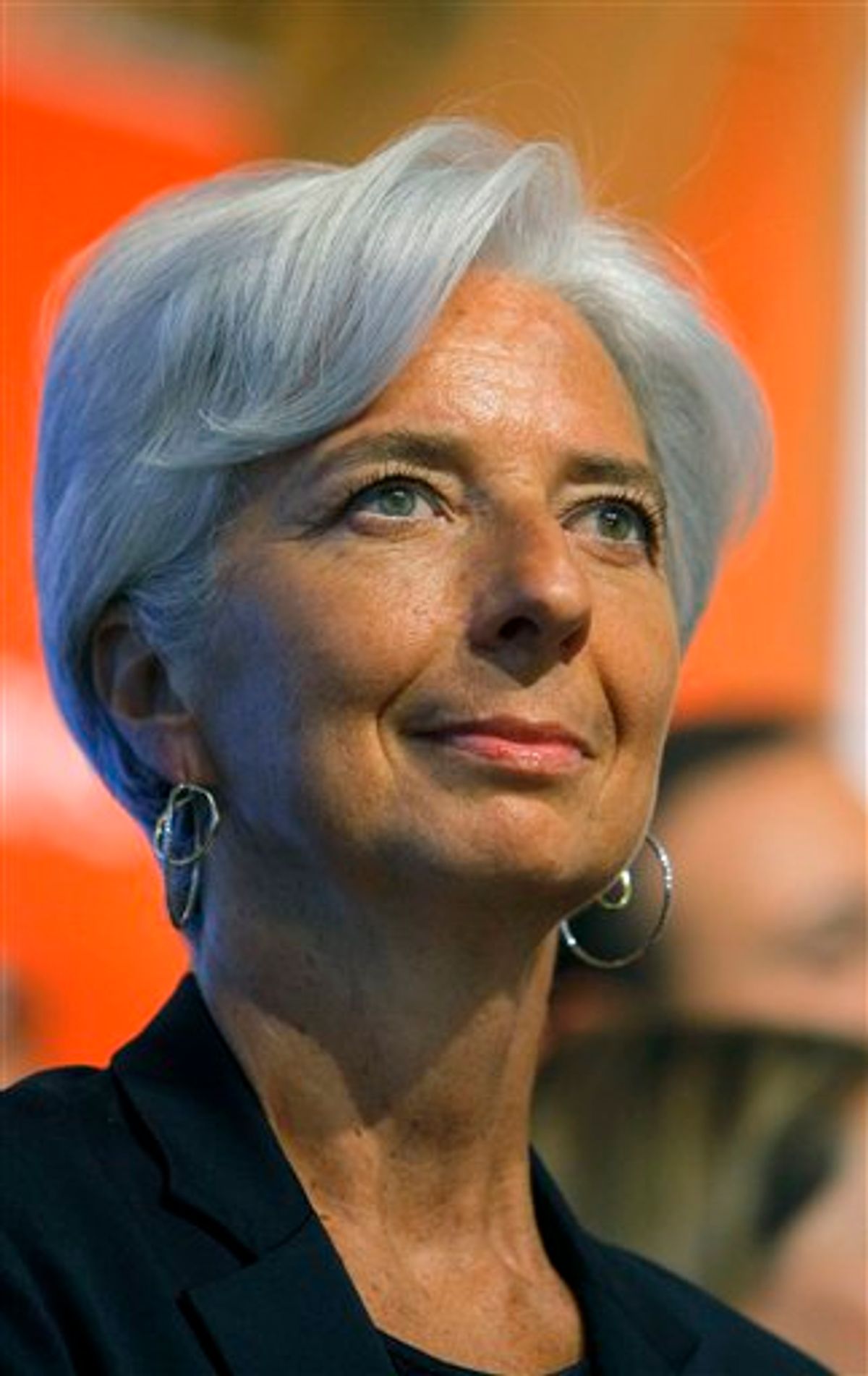 France's Finance and Economy Minister Christine Lagarde is seen during the ringing of the opening bell at the Paris Euronext opening day Tuesday, May 24, 2011. Momentum grew for Lagarde's potential candidacy to the top job at the IMF, with the Netherlands becoming the latest European government to offer its support. The Frenchwoman, however, kept silent about whether she even wants the job. (AP Photo/Jacques Brinon) (AP)
--

French Finance Minister Christine Lagarde announced Wednesday that she will seek the top job at the International Monetary Fund, a candidacy that has widespread support across Europe.

Lagarde had remained silent about whether she wanted the job, and said she came to the decision after "mature reflection" and consultating with French President Nicolas Sarkozy.

"If I'm elected I'll bring all my expertise as a lawyer, a minister, a manager and a woman" to the job, she said.

Many European countries, including Germany and Britain, have offered their backing to a candidacy by Lagarde to run the IMF, which provides billions in loans to shore up the world economy.

She indicated she would not focus exclusively on Europe. "No zone has been spared by the financial crisis," she said. "I want to get the biggest possible consensus for my candidacy."

The IMF has traditionally been run by a European, while the World Bank has been run by an American. But representatives of major developing nations on the IMF's board issued a joint statement on Tuesday urging the lending agency to abandon that practice.

Lagarde emerged as the European front-runner in part on her reputation for her deftness at international negotiations to stabilize the world economy during the world financial crisis. She also was seen as instrumental in getting the IMF and European Union to agree on rescue plans for Greece, Ireland and Portugal when their debt crises threatened the entire shared euro currency.

The 55-year-old spent much of her career in the United States, where she headed the law firm Baker & McKenzie in Chicago. With excellent English, a direct manner and relatively pristine image, she is seen as a good candidate to quickly step into Strauss-Kahn's shoes and manage Europe's continuing debt difficulties.

But potential legal troubles at home have clouded her potential candidacy, and some French critics say she would be a bad choice.

Questions have surfaced about Lagarde's role in getting arbitration in 2008 for French businessman Bernard Tapie, who won euro285 million ($449 million) as compensation for the mishandling of sale of sportswear maker Adidas. Lagarde was finance minister at the time of the decision. A decision is expected June 10 on whether to open an investigation, according to French media reports.

Lagarde said she has "total confidence" about the issue and that investigators should be allowed to do their work.

The decision on the next IMF leader is expected by the end of June. It will be made by the agency's 24-member executive board, whose officials represent the 187 IMF member countries.

The executive directors representing Brazil, China, India, Russia and South Africa said in a joint statement that they wanted to see the election of the next IMF chief be "truly transparent" and merit-based.

"We feel it is outrageous to have the post reserved for a European," said Nogueira Batista, IMF executive director from Brazil and one of the signers of the joint statement.

But emerging economies have yet to rally around a single candidate, even as Europe has rallied around Lagarde.