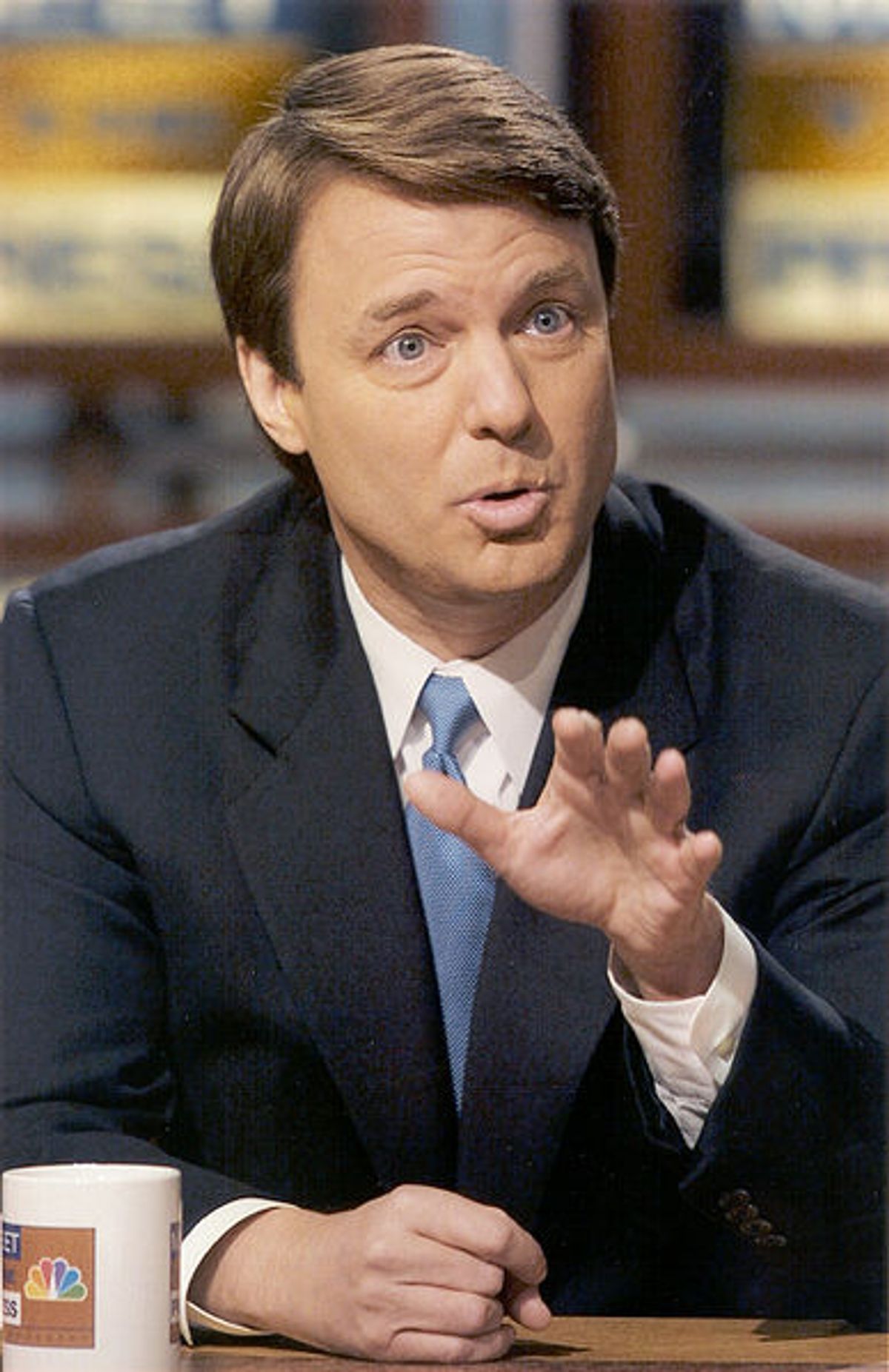 ABC News is reporting that the Justice Department "has green-lighted the prosecution of former presidential candidate John Edwards for alleged violations of campaign laws while he tried to cover up an extra-marital affair." According to ABC:

A source close to the case said Edwards is aware that the government intends to seek an indictment and that the former senator from North Carolina is now considering his limited options. He could accept a plea bargain with prosecutors or face a potentially costly trial.

Two months ago, when some potentially incriminating voicemails emerged, Salon's Justin Elliott spoke to North Carolina journalist Steve Daniels, who explained some of the finer points of an indictment that was then hypothetical -- but now appears inevitable. Daniels told Salon:

A federal grand jury in Raleigh has been investigating this whole scandal since January of 2009. The key question is, were campaign finance laws broken? What did John Edwards know about the people who were funding the coverup, primarily Bunny Mellon and Fred Baron? According to [Edwards aide] Andrew Young, Fred Baron, who was a wealthy Texas trial lawyer, used his personal fortune to help fund the coverup of the Rielle Hunter affair and the baby. And Mellon, according to Young, sent $700,000 in personal checks hidden in candy boxes to help fund the coverup. Young says he used that money to keep Hunter in hiding.

Another key question is, what did John Edwards know about the use of that money? Did he know that these donations were being used to help hide the affair? In an interview with ABC News, John Edwards said that if anybody donated money, he was unaware of it. What the new voice-mail messages seem to suggest is, he was in frequent contact with Fred Baron and with Bunny Mellon, and may have known about their involvement in the coverup. Andrew Young says very definitively that he was working at the direction of both John Edwards and Fred Baron. If that is the case, that could be a violation of federal law.

The crucial detail, Daniels emphasized, is that Edwards must be proven to have knowingly used the money to "further his presidential aspirations." To prove he did so, prosecutors will have to demonstrate "that the coverup was central to electing John Edwards president." That may seem fairly straightforward, but there are some complications:

If these people gave a donation to someone who was running for president, but not directly to the official John Edwards 2008 presidential campaign, there could still be a violation of campaign finance law -- even though the money was not directly in that Edwards for President kitty.

In a 2008 interview, Edwards categorically denied participation in -- and even knowledge of -- any coverup, telling Bob Woodruff:

"I've never paid a dime of money to any of the people that are involved. I've never asked anybody to pay a dime of money, never been told that any money's been paid. Nothing has been done at my request. So if the allegation is that somehow I participated in the payment of money, that is a lie, an absolute lie."