Obama mistimes his toast to the Queen

The orchestra thought Obama had finished speaking at a Buckingham Palace dinner. He hadn't 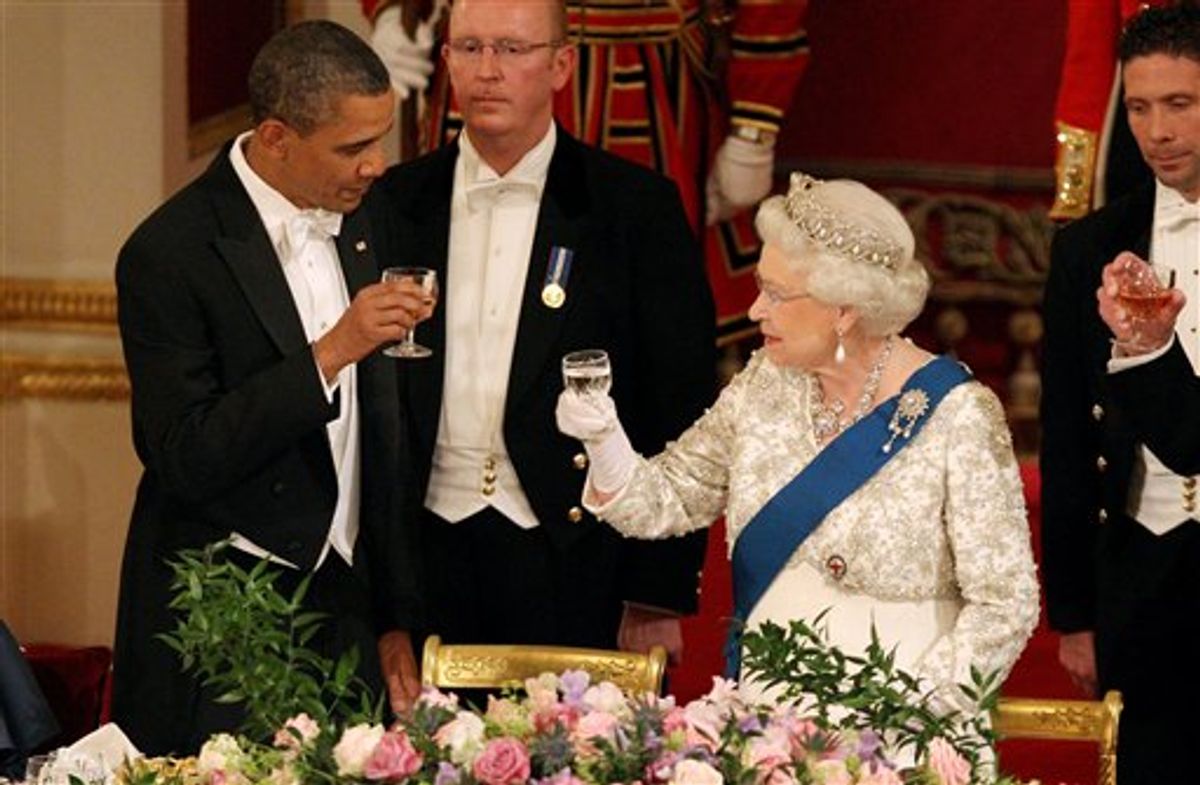 Britain's Queen Elizabeth II, and U.S. President Barack Obama during a state banquet in Buckingham Palace, London, on Tuesday May 24, 2011. President Barack Obama immersed himself in the grandeur of Britain's royal family Tuesday, as Queen Elizabeth II welcomed him to Buckingham Palace for the first day of a state visit. (AP Photo/Lewis Whyld, Pool) (AP)
--

Barack Obama's visit to England has been plagued by minor gaffes. On Tuesday afternoon he wrote the wrong year next to his signature in the Westminster Abbey guestbook. Then, during a lavish dinner at Buckingham Palace in honor of his visit, the president rose to toast the Queen but got his timing all wrong.

Obama put down his note cards to pick up his glass near the end of his remarks. However, the orchestra believed his speech to be finished and struck up the British national anthem. The president had a few more words to say and continued to speak -- a little awkwardly -- over the music.  Via Politico: