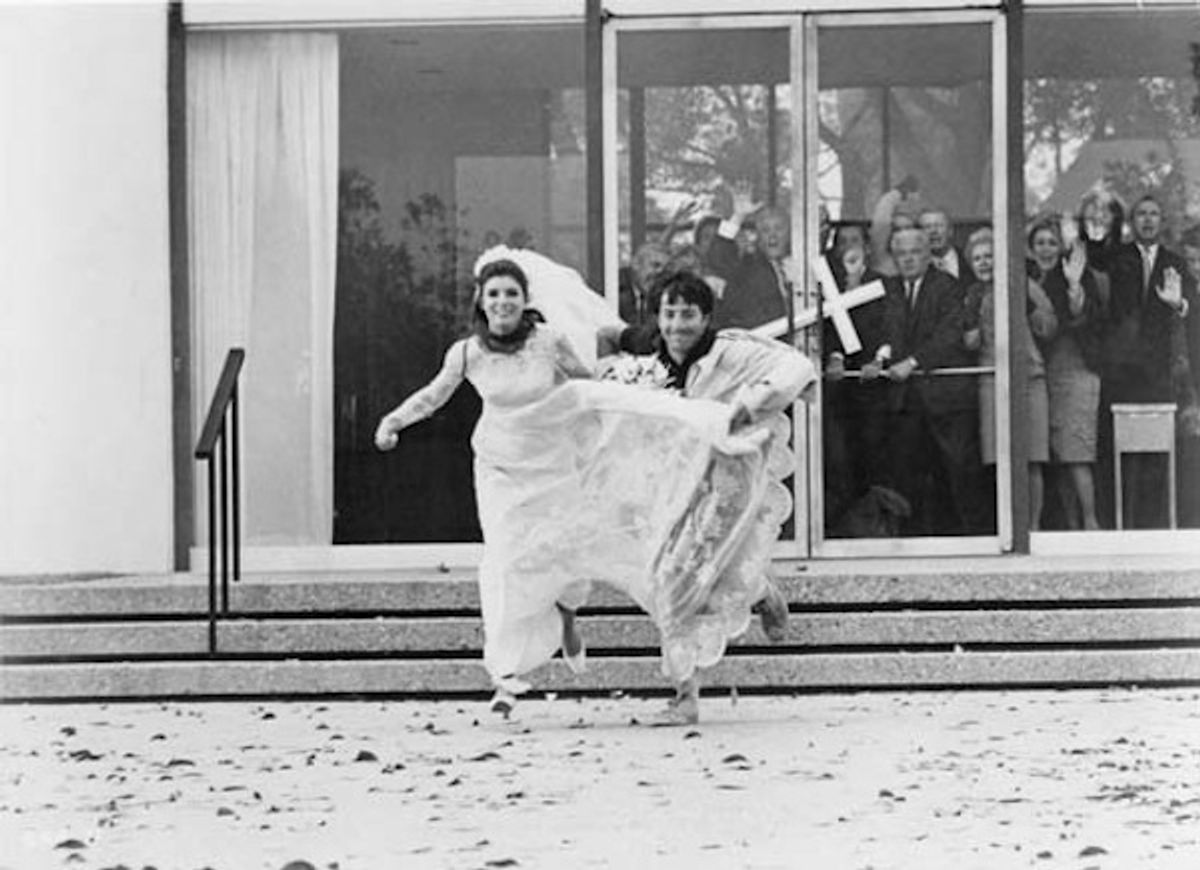 Where I grew up, I thought it was so cool that I lived next to the dilapidated Enchanted Forest theme park that was used in John Water's "Cry-Baby." Slightly less cool (and more terrifying) was the 30-minute separation between my house and the woods where they filmed "The Blair Witch Project." (It was kind of a big deal in 1999.)

Going off the premise that cultural iconography is sprinkled all around this great country of ours, The Onion's A.V. Club has launched a new series called "Pop Pilgrims," which is like a road trip for liberal arts majors and movie geeks! For instance, I didn't know they actually used the same church from "The Graduate" when they parodied it in "Wayne's World 2." But now I do!

So far this Fiat-sponsored Americana set tour hasn't gotten very far outside of L.A. (except for Jimmy Stewart's apartment from "Vertigo" and City Lights Books, both of which are in San Fran), so I'm not even sure if it qualifies as a cross-country trip yet. No offense, but it's hard to throw a rock and not hit a famous location in Los Angeles.

But hey, once they get off the West Coast, I'd be interested in seeing where they filmed the Buscemi-shredder scene from "Fargo." Or hey, where did The Overlook Hotel reside again? The show is taking suggestions, so leave yours in our comments or on their site.