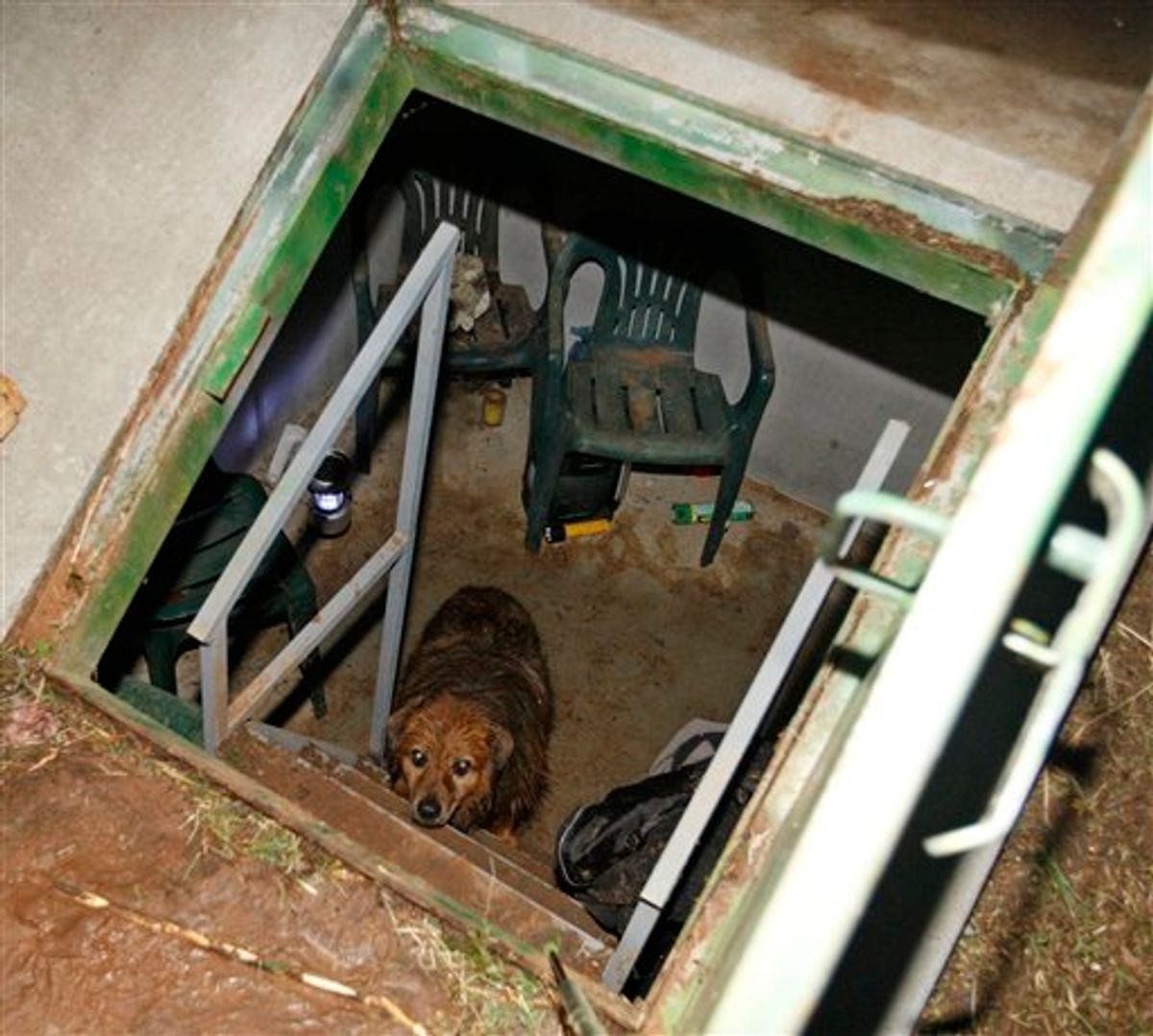 Duke looks up from a storm shelter at the Robertson home in Piedmont, Okla., Tuesday, May 24, 2011. Duke was actually in the bathtub during the start of the tornado, and later found running in a pasture. Violent thunderstorms roared across middle America on Tuesday, killing seven people in two states, with several tornadoes touching down in Oklahoma. (AP Photo/Sue Ogrocki) (AP)
--

Violent storms that swept through a chunk of the central U.S. killed at least 13 people in three states, while toppling trees, crushing cars and ripping apart a rural Arkansas fire station.

The high-powered storms arrived Tuesday night and early Wednesday, just days after a massive tornado tore up the southwest Missouri city of Joplin and killed 122 people. The latest storms killed eight people in Oklahoma, two in Kansas and three more in Arkansas, before petering out.

Most of the Oklahoma fatalities occurred in the Oklahoma City metropolitan area. Cherokee Ballard, a spokeswoman for the Oklahoma Medical Examiner's office, said early Wednesday that the storms killed five people in Canadian County, two in Logan County and one in Grady County.

Ballard said a child was among those killed, but she had no other details.

Department of Emergency Management spokesman Tommy Jackson said one person died after a tornado raked across the tiny western Arkansas community of Denning early Wednesday, and another died in an area called Bethlehem, in Johnson County.

Several people were also injured in Franklin and Johnson counties. A rural fire station in Franklin County was left without a roof as emergency workers rushed to the wounded. Downed trees and power lines tossed across roadways also slowed search-and-rescue crews' efforts.

In Kansas, police said two people died when high winds threw a tree into their van around 6 p.m. near the small town of St. John, about 100 miles west of Wichita. The highway was shut down because of storm damage.